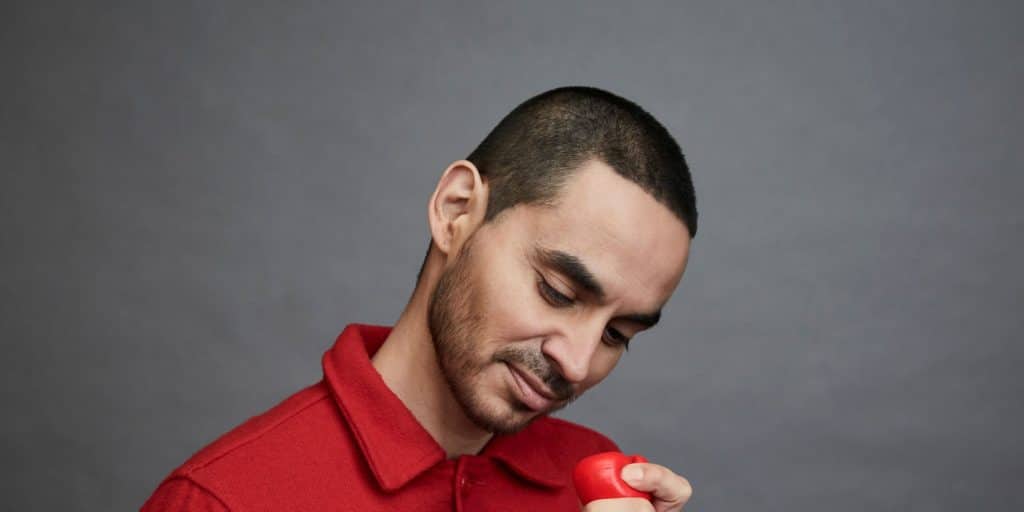 Who is Manny Montana?

If you are a fan of the popular Netflix series “Good Girls”, you are certainly familiar with the actor who portrayed Rio, a gang leader who employed Beth, Annie and Ruby to do his ‘dirty work’. That actor is Manny Montana, who was born under the zodiac sign of Virgo on 21 September 1983, in Long Beach, California USA; he holds American nationality, and his ethnicity is Mexican-American. Manny has over 40 acting credits to his name, but is perhaps known best for his role as Rio in the aforementioned comedy crime drama starring Christina Hendricks, Mae Whitman, and Retta.

Manny was raised in Long Beach alongside his two brothers by their parents, whose names he hasn’t disclosed due to his wish to keep his private life away from the media’s attention.

He attended Jordan High School, where he earned his football scholarship, and upon matriculating in 2001, he enrolled at the California State University, Sacramento, but after he injured his arm and dislocated his shoulder which curtailed his sports activities, he transferred to California State University, Long Beach, from which he graduated with a Bachelor’s degree in Journalism and Broadcasting in 2005.

Manny made his first appearance on television in 2008, in an episode of the series “ER”, portraying Football Orderly, followed by minor roles in series such as “Eleventh Hour”, “Terminator: The Sarah Connor Chronicles”, “Cold Case”, and “Raising the Bar”, among others.

In 2011, he portrayed Antonio Betz in two episodes of the series “The Chicago Code”, and then, in the following years, he made appearances in “Chase”, “CSI: NY”, and “Power” before he was cast in 2015 to play  Octavio Cruz in “South Beach”, starring alongside Ana Villafane and Jacqueline MacInnes Wood,.

Another notable role for Manny was his portrayal of Agent Joe ‘Johnny’ Tuturro in “Graceland”, an action crime drama starring Aaron Tveit, Vanessa Ferlito and Daniel Sunjata, and after that Manny was heard voicing the character Zeno in the animated series “Mission Force One”, in 2017.

In the following year, he was cast to play Rio in “Good Girls”, which follows the story about three suburban mothers who are having a hard time with their financials, so they decide to rob a supermarket, but their problems start escalating after the robbery finishes, and their lives change in the way they couldn’t imagine; they must accept that they are now working for the gang leader, Rio.

While shooting for “Good Girls” season four, Manny made an appearance in the episode “Ready or Not” of the series “All American”, in 2021.

Manny made his acting debut portraying Luis in the 2008 movie “El Primo”, followed by his role as Alex Guzman in “East L.A.”, and as Ramirez in “Sanctuary”.

In the following year, he was cast to play Manuel Sabatar in “Detached”, and after that he made appearances in several short movies, such as “Road to Moloch”, “Maria de Covina”, and “30 is the New 12” before he portrayed Tenoch in the 2013 movie “Go for Sisters”, a crime thriller drama written and directed by John Sayles.

In 2015, Manny acted alongside Chris Hemsworth, Tang Wei and Viola Davis in the action thriller “Blackhat”, followed by his role as Zapata in “Undrafted”, before he was cast to play Danny in the 2017 TV movie “Hater” starring alongside John Griffin and Melissa De Sousa.

The following year he portrayed Axl in “The Mule”, alongside Clint Eastwood, Cesar De Leon and Patrick L. Reyes in this crime drama thriller directed by Clint Eastwood, which had 10 award nominations and won one.

Manny’s most recent role on the big screen was in the 2020 comedy crime drama “I Hate the Man in My Basement”, portraying Logan, starring alongside Christopher Rodriguez Marquette and Mary Birdsong.

There were various rumors concerning Manny’s love life, however, it’s widely known that he’s been a married man since 2016.

Some rumors were saying that he has been in a secret relationship with one of his fellow from “Good Girls”, Christina Hendricks but Manny and she confirmed that these rumors are a lie and that they are just close friends and colleagues.

As we already mentioned, Manny prefers to keep his private life away from the public eye, however, he shared with his fans that he met his future wife back in 2015, and after a few months of dating, he proposed to her, thus they married in 2016, although he hasn’t shared the exact date and the place where the wedding was held.

His wife’s name is Adelfa Marr, and she’s a mental health advocate and coach; the two are parents of a son, whose name and birth date haven’t been disclosed, and there are no photos of him on the internet.

As of January 2022, Manny is in marriage, and has one child.

Fans of this handsome actor can keep track of his work and life through his social media accounts; he’s active on Instagram and daily shares posts with his followers, whose number counts nearly 1.5 million, while his Twitter account established in October 2020, is today followed by over 3,500 people.

Manny takes care of his body by working out two to three hours per day at the gym, and is known as a big fan of boxing, so he supports young boys from his neighborhood who are trying to succeed in this sport.

He’s into traveling, and has visited several US states thanks to his acting career; his favorite travel destination is Doraville, Georgia, where the shooting for “Good Girls” took place, while he dreams of visiting Rome, Italy.

Age, tattoos, and net worth

Manny is 38 years old, with short black hair and dark brown eyes; he weighs around 170lbs (77kgs) and is 6ft 1in (1.85m) tall. Although many people thought that the tattoos which Manny had on his body in the series “Good Girls” are real, actually they aren’t. The tattoo of an eagle on his neck and arm sleeves tattoos are fake, but in real life, he has one small tattoo on the left side of his neck and one on the left shoulder; he hasn’t shared the meaning of his tattoos.

As of January 2022, his net worth has been estimated at close to $2 million, and according to sources, his salary for “God Girls” was a minimum of $50,000 per episode.