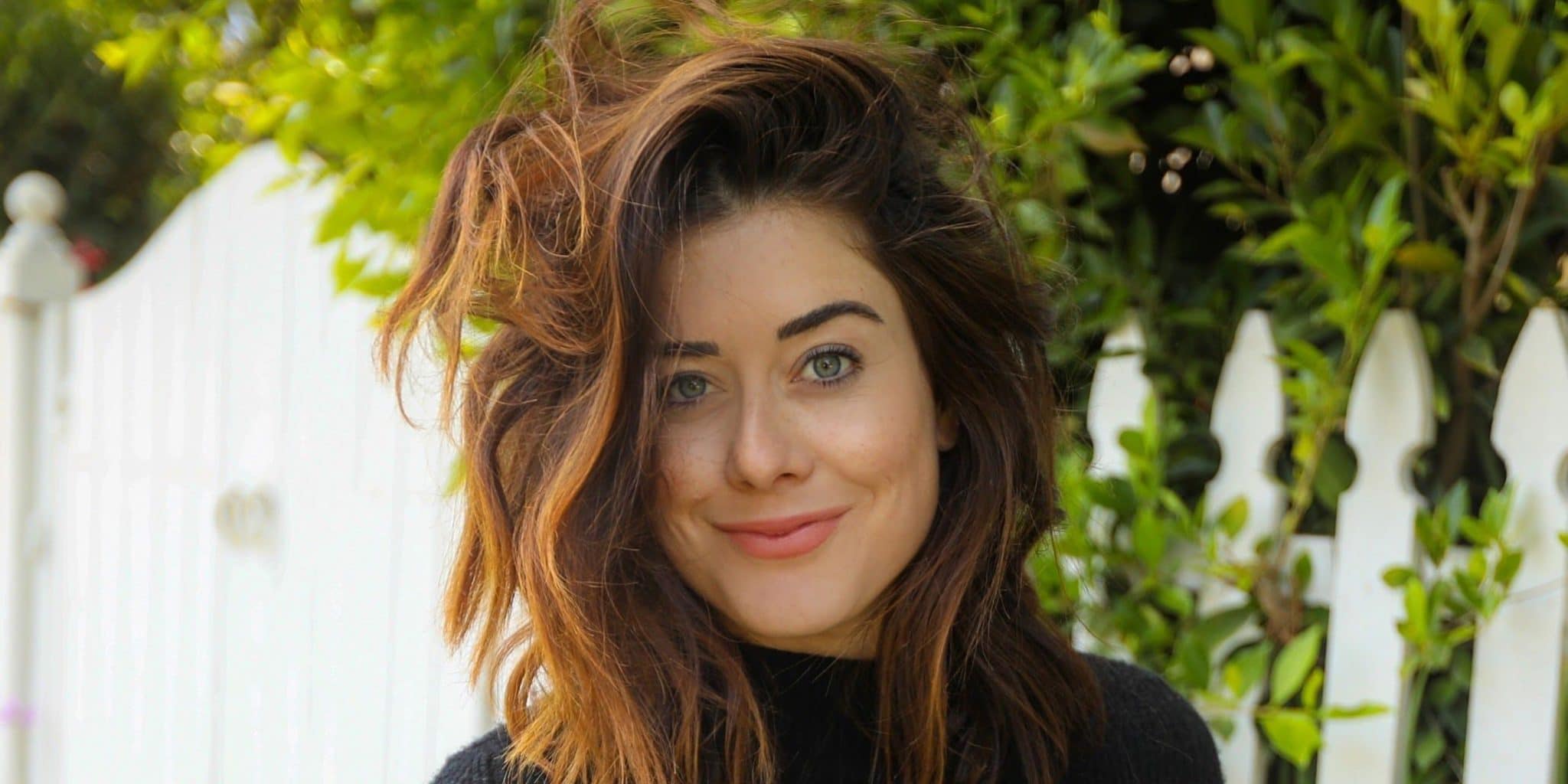 Who is Manon Mathews?

Manon Mathews is a social media personality, content creator, and actress, who rose to fame on the platform entitled Vine. She was born under the Zodiac sign Libra on 22 October 1988, in Santa Monica, California, USA. As of 2021, she is 33 years old and holds American nationality.

She was born to Temple Mathews, while her mother’s name remains unknown. There is no information about any siblings, her childhood and background. Regarding her educational qualifications, she matriculated from Calabasas High School and enrolled at Santa Monica City College to study theater, dance, and film production.

She launched her career as a social media star on Vine, the online platform that allows its users to create short six seconds looping videos. Manon quickly became popular with her unique sense of humor, creative ideas, and relatable content, which especially appealed to younger audiences. One of her most popular and viral videos includes her spot-on impressions of Kirsten Stewart as Bella in the “Twilight” Saga, and Kim Kardashian. Furthermore, she became known for parody sketches, mocking strange driving behaviors, and sharing seduction tactics and advice.

A popular practice on Vine, she collaborated with several other content creators such as Jason Nash, Matt Cutshall and Travis Harris. Rising through the ranks, she amassed over three million followers on Vine with over a billion loops viewed before the platform was unceremoniously shut down.

During the Vine era, she was regarded as one of the most-watched and popular creators on the platform, alongside Lele Pons and Amanda Cerney, and many others who got their start on Vine.  Like many of her fellow Viners, she explored other avenues of social media, and began creating content for YouTube.

Manon launched her YouTube channel in 2013, with most of her content an extension of her previous content from her Vine account. However, her videos didn’t attract a big audience, most having an average of 10,000 views. Later, she started collaborating with other YouTubers and creating various skits and video blogs, such as “When She’s Tone-Deaf/with Troy Kennedy” and “Never Trust a Psychic”. Her channel currently counts 60,000 subscribers with nearly five million views, but she seldom posts – her last video was posted in June 2021.

Her other social media

She is very popular on other social media as well. Manon has two Instagram accounts,

her official one has over 750,000 followers, with whom she often shares her sketches, funny videos, and voiceovers. Her second account, entitled Manon-festation, has over 20,000 followers, and she mainly posts inspirational quotes, daily motivation, advice, and affirmation thoughts. On Twitter, she has amassed nearly 90,000 followers, while her Facebook account has 1.3 million fans. The aspiring Improv artist also made her way to the TikTok platform, on which she has 1.7 million followers with 18 million likes. She has her own official website too, on which she posts her recent and upcoming projects and updates.

In addition to her numerous endeavors on social media, she also kicked off an acting career in 2011, appearing in several movies and TV shows. Landing minor roles, she guest-starred in TV series and short films such as “3 Guys, a Girl, and a Demon”, “Average Joey”, and “Welcome to Forever”. In 2014, she starred as the recurring character Billy Gene in the short TV series “The Principal”, followed by her role in “Meatheads”.

In 2016 she portrayed Emily Frankel in 12 episodes of the mini-series “Off Script”. During the same year, she made several other appearances in movies such as “FML”, “Holiday In”, and” “Holiday Breakup”. Additionally, she booked the role of Lisa in the mini-series “Single by 30”.

After a guest appearance in the series “Broad City”, she joined the cast as one of the main characters in the 2017 comedy sketch show “Sorry not Sorry”, featuring Esther Ku, Hannah Pilkes, and Traci Stumpf.

She followed it up with roles in short movies such as “Never Have I Ever and “BFF”. Regarding her latest roles, in 2020 she appeared in the short movie “Crystal”, and TV series “Weird Weird Times”, and is set to appear in the 2022 short video entitled “Elisa’s Almost Thirty”.

Regarding her endeavors as a stand-up comedian, her notable appearances include “Dad’s Garage”, “The San Francisco Comedy Festival”, and “Just for Laughs” Festival in Montreal.

In June 2020, Manon and her boyfriend Jonny launched a podcast entitled “Serious But Funny”, which features the couple digging ‘into real down to earth stuff’. The podcast is mostly concentrated on Manon, her interests, interesting past situations with Jonny’s outlook, and commentary.

Regarding her dating history, she was romantically involved with the actor and producer Jordan James Smith, perhaps best recognized for his roles in “New Girl”, “Parlor”, and “Living with Models”.

In 2017 she started a romantic relationship with the actor, Steven Murphy, who gained public attention for appearing in the films “68 Whiskey” and “Unreality”. After four months of dating Stephen popped the question, and they married on 14 July 2019 in a very romantic and intimate ceremony with their friends  Manon documented her special moment, and posted it on her YouTube channel entitled “Manon & Murphy Wedding”.

While it seemed that everything was going well for the love birds, just eight months after the wedding, Manon announced their separation via Facebook, she wrote: ‘Last year Stephen Murphy and I had our wedding. Unfortunately, shortly after, we hit a huge speed bump in our journey. We have decided to separate and remain friends.’

Initially, she refrained from commenting on the situation and disclosing the reason for the separation.

However, in 2020 she had a change of heart, and decided to share her unpleasant experience with Stephen, subsequently guest-starring on Brittany Furlan’s YouTube channel, and others such as Women on Top and SUS: Share Ur Scare podcast.

In her chat with her Violent Bensons, she revealed that her ex-husband was a manipulator, narcissist, and cheater, Manon disclosed: ‘A couple of months after the wedding my friends took me out for a coffee, sat me down and said they have some bad news for me. They said this woman messaged them and said Manon’s gonna need a friend because her husband has been sending me nude videos and photos”.

Manon also added that the woman provided screenshots of their conversations in which Steven called Manon “nothing, useless and boring”. Following the unpleasant situation, she confronted him, and despite the graveness of the problem, she initially stayed above it.

However, the ‘new truce’ did not last for long, and they divorced shortly afterwards.

Who is she dating now?

Since 2020 she has been dating the actor, producer and writer Jonny Carlson, best known for “Heist” and “Heart Broken”. It appears that third luck’s a charm after all, and Manon has finally found her soul mate. The couple often share heartwarming and funny captions on her their social accounts, as they both enjoy sarcasm and have a similar sense of humor.

Recently, Jonny wrote: “Manon is the best thing that’s happened to me for my heart, my mind, my spirit, and my laughter. I’ve enjoyed every single day spent with her over the span of this year.” Since the first quarantine, they’ve moved in together, and live in Los Angeles.

Her estimated net worth is around $1 million, which she’s acquired through her various social media accounts and acting career.

What am I about to say? Tell me…

She additionally earns through collaborations, brand affiliations, and paid promotions. Over the years, she has joined forces with various brands, including “Nordstrom”, “Best Spy”, and “T-Mobile”.

She is 5ft 7ins tall (170cm), while her weight remains unknown. Her natural hair is dark brown and curly, further adorned with blue eyes.

Manon is an avid dog lover, and has a pet do, often posting photos of it to her Instagram.

Inspired by her journey, heartache and misfortunes, she wrote the book entitled “Funny How it Works”, published in July 2020. The book contains personal stories, her insight on surviving divorce, and how to rise above it and start manifesting a better life.

An interesting detail – before becoming popular on Vine, she was as a member of various improv groups such as “Groundlings”, “Second City Conservatory”, and “Upright Citizen’s Brigade”.