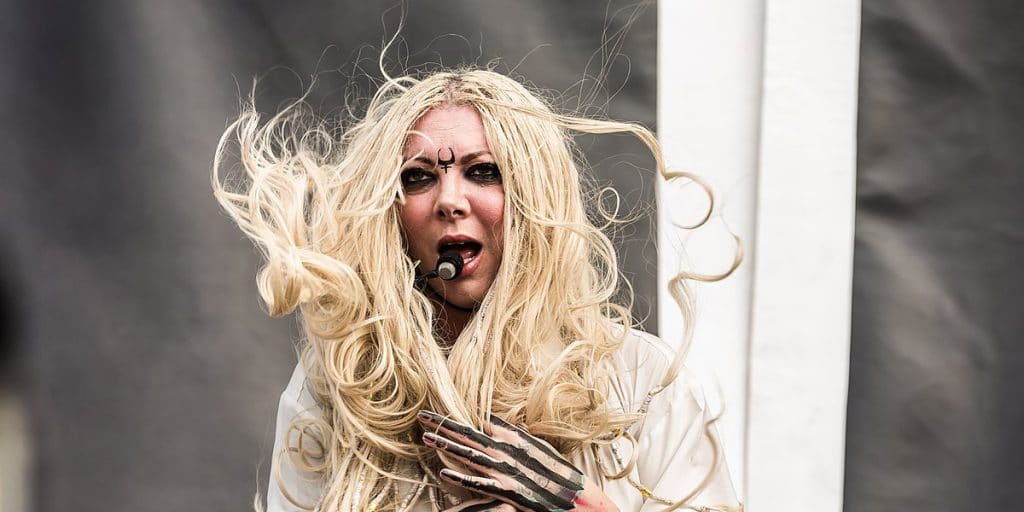 Who is Maria Brink?

Maria Diane Brink was born on 18 December 1977 under the zodiac sign of Sagittarius, in Albany, New York State USA. She is a 43-year-old singer and songwriter, probably best recognized for being the frontman of the famous rock band In This Moment.

How rich is she, as of now? Maria Brink Net Worth

As of mid-2021, Maria Brink’s net worth is estimated at over $2 million, acquired through her successful involvement in the music industry, during which she has released a number of albums and singles with In This Moment.

Maria Brink spent her early years in her hometown of Albany, where she was raised by a single mother since her father left them when she was young, having been sexually abused by him. Her mother was a drug addict, but she successfully completed rehab and has remained clean; the names and professions of her parents haven’t been revealed. Maria holds American nationality, belongs to White Caucasian ethnic group, and is a Christian. Maria hasn’t shared any details regarding her education, except that she didn’t complete her high school because she became pregnant when in ninth grade.

Maria Brink developed her love for performing very early, and through her mother met many famous music artists and bands, such as Patti Smith, Black Sabbath, and the Rolling Stones. Soon after she gave birth to her son, she moved out on her own and started performing with local bands while simultaneously working at a launderette to earn enough money to pay the bills. Around the age of 18, she was a member of the Albany-based band Pulse.

Following their disbandment, she moved to Los Angeles in 2002 to find another band to work with, meantime working in stores and performing in some local coffee shops and bars.

Two years later, she met Chris Howorth at an audition; initially, she was rejected because of her sex, however, two weeks later he apologized to her and invited her to work together, so in 2005 they formed a band called Dying Star together with drummer Jeff Fabb. They were later joined by bassist Josh Newell and guitar player Blake Bunzel, and the name of the band name was changed to In This Moment.

Along with the band, Maria Brink has released seven studio album – their debut studio album entitled “Beautiful Tragedy” came out in March 2007.

It spawned the lead single “Prayers”, for which they released a music video, and the title track that broke into the Top 40 Active Rock charts. She wrote all lyrics that were based on her personal experience of tragedies and abandonment, and the album received positive reviews and gained them enormous popularity, leading them to perform on several tours in the US, Europe and Japan.

In September of the following year, they put out their second studio album, “The Dream”, which debuted at No. 73 on the Billboard 200. Afterwards, they went on their first headline tour called A Winter to Remember Tour, and eventually started working on their third studio album, which was distributed in July 2010 under the title “A Star-Crossed Wasteland”.

It spawned two singles, “The Gun Show” and “The Promise”. The album peaked at No. 40 on the Billboard 200 chart and topped the Top Independent Albums Chart. Later that year, she was named the Hottest Chick in Metal at the Revolver Golden God Awards event.

In August 2012, the band issued their fourth studio album “Blood” – both the album and its lead single were certified gold by the Recording Industry Association of America (RIAA), selling over 20,000 copies in its first week, and debuting at No. 15 on the Billboard 200 chart; the album also topped the US Top Hard Rock Albums chart. They released two more singles, entitled “Adrenalize” and “Whore”, and in the following year, Maria was named Rock Goddess of the Year at the Annual Loudwire Music Awards.

In January 2014, they launched their first live album “Blood At The Orpheum”, which featured interviews with Maria as well as behind-the-screens footage.

They then left Century Media and signed a contract with Atlantic Records, through which their fifth studio album, “Black Widow” was put out in the following month, and reached No. 8 on the Billboard 200 chart; to support it, they headlined the Black Widow Tour. The album’s success earned them a nomination for Breakthrough Band of the Year at the 2015 Metal Hammer Golden Gods Awards, and the same year they made their TV debut in an episode of the TNT crime drama series “Murder In The First”, and Maria won her second Rock Goddess of the Year Award.

The band’s sixth studio album “Ritual” was issued in July 2017; it peaked at No. 23 on the Billboard 200 chart and spawned four singles, including “In The Air Tonight” and “Oh Lord”, which is the band’s highest-charting single as of now, since it reached No. 6 on the Top Mainstream Rock Charts. In March 2020, In This Moment released their seventh studio album, entitled “Mother”. The album received positive reviews from critics and debuted at No. 34 on the Billboard 200, and No. 2 on both the Top Rock Albums and the Top Hard Rock Albums charts. Apart from her work with the band, Maria Brink is currently working on her solo albums.

Maria Brink gave birth to her son, named Davion Brink, at the age of 15; he’s now a fashion designer, who launched a clothing line called Etrice. His biological father remains a mystery. Speaking further about Maria’s love life, she once dated Jonathan Miller, known for being a member of Devil Driver, but they called it quits back in 2010.

She is now in a relationship with Ded frontman Joe Cotela. Her residence is still in Los Angeles.

Maria is a vegetarian; she collaborates with the People for Ethical Treatment of Animals (PETA) organization.

She has a dog named Twinkle.

Apart from being a singer, she is also an aspiring artist and painter, who does custom paintings for her website called Maria Brink’s Wonderland.

Some of her favorite bands are Pantera, Deftones, and M83.