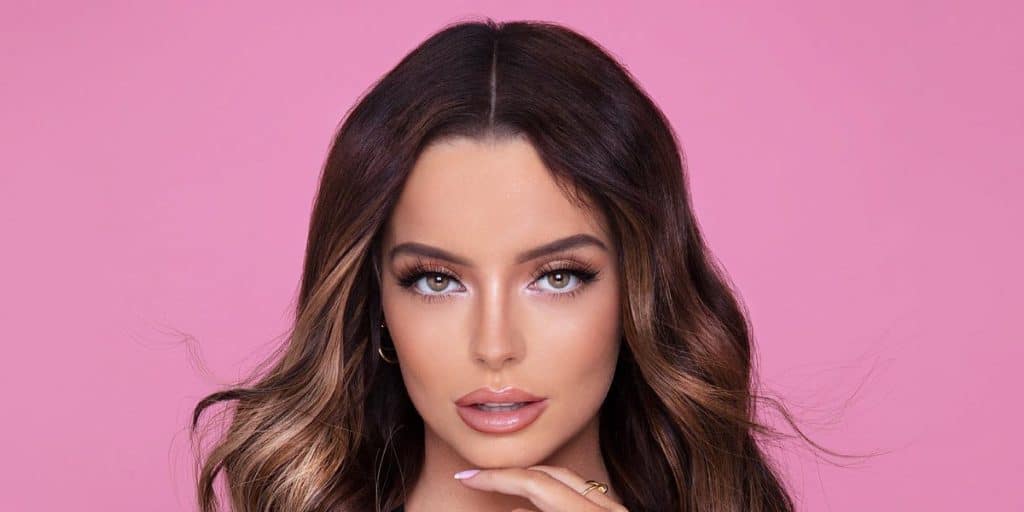 Who is Maura Higgins?

Maura Higgins was born in Ballymahon, Country Longford, Ireland, on 25 November 1990 – her zodiac sign is Sagittarius, and she holds Irish nationality. She’s a model, social media and reality TV star, who rose to prominence after her appearance in the British TV dating show “Love Island”.

Maura was born to Sharon and Seamus Higgins; she has an older brother named Jamie, and two younger sisters, Becki and Louise.

She received her secondary education at the Ballymahon Vocational School, studying to become a hairdresser. At the age of 18, Maura started modeling part-time. After matriculating high school in 2008, she found a job at a local hair salon, but eventually quit to focus on her modeling career.

She has also briefly worked as a ring girl for several professional boxers, including Antony Joshua, and in 2017, she appeared in the music video for “Get Low” by Liam Payne.

Before she appeared on “Love Island”, Maura was a brand ambassador for Monster Energy drinks. As a ‘Monster Girl’, she was invited to attend the 2018 Formula 1 finale in Abu Dhabi, United Arab Emirates; around that time, she became a viral sensation with a video of her drifting a car for Monster Energy to inspire Arab women to drive.

In the following year, Maura joined the cast of the fifth season of the British dating reality TV series “Love Island”.

The show was created as a revival of the 2005 celebrity dating show of the same name, which featured celebrity contestants. It has been airing on ITV2 since June 2015, and has since become the one of the most watched shows in the network’s history, and is considered to be highly influential in the British pop culture. “Love Island” has also sparked serious controversy, after two former contestants committed suicide not long after appearing on the show, which prompted the producers to provide mental health support for the cast during and after the show’s run.

Maura made her first appearance on the 10th day of “Love Island” series five; during her run, she paired up with Tom Walker, Marvin Brook and Chris Taylor, before entering the finale with her partner Curtis Pritchard, with whom she shared fourth place.

It didn’t take long after Maura made her first appearance on “Love Island” for her to spark controversy for the use of offensive language in her past social media posts. She was also heavily criticized by viewers for making unwanted sexual advances towards fellow contestant Tommy Fury, however. Maura has since rebuilt her public image, becoming one of the most popular and successful former residents of the “Love Island” villa.

Career after the show

Since appearing on “Love Island”, Maura has made a number of TV appearances, and has used her popularity to venture into other fields. In 2019, she partnered with the British beauty brand, Inglot, to create her own make-up line featuring 34 new products.

In the same year, she started appearing regularly on the ITV magazine show “This Morning”, presenting the ‘agony aunt’ segment. In 2020, Maura joined the cast of the 12th season of the game show “Dancing on Ice”, partnering up with the professional ice skater Alexander Demetriou; they were eliminated in the seventh episode, after Maura lost the skate-off against Libby Clegg.

Since then, Maura has made appearances on several other TV celebrity game shows, such as “I’ll Get This”, “Celebrity Juice” and “The Wheel”. She is set to make her TV presenting debut in 2022, in the Irish version of the competition show “Glow Up: Britain’s Next Make-up Star”.

In November 2021, it was announced that Maura had signed with Elite Model agency, known for having represented some of the most famous models, such as Cindy Crawford, Linda Evangelista and Naomi Campbell. Following this news, Maura revealed that she wanted to distance herself from reality TV for a while, and that she’s excited to take her career in a different direction.

In the past two years, Maura has been in a few relationships that the public knows of – in 2019, she dated her “Love Island” co-star, Curtis Pritchard. During her run on the show, Maura initially wasn’t interested in Curtis, and instead had her eyes set on Tommy Fury.

She was only paired up with Curtis a week before the series’ finale, and although they didn’t end up winning, they stayed in touch and continued dating after the show. Maura and Curtis were in a relationship for about eight months, before announcing their break-up on social media.

Prior to her appearance on “Love Island”, Maura was in a long-term relationship with the non-celebrity car salesman James Finnegan. They met while in high school, and even became engaged in 2012, but broke up after more than nine years together for unspecified reasons. It’s speculated that James wasn’t able to accept Maura’s growing popularity, and her career choice.

Maura has also been connected with the social media star and fitness model Michael Griffiths, as photos of the two spending time together in Essex emerged on social media in 2020, however, they never confirmed that they were dating.

In 2021, she dated the professional dancer and “Strictly Come Dancing” star Giovanni Pernice. They were in a relationship for a few months, and were even reportedly planning to buy a house together, however in November 2021, Maura apparently deleted all pictures featuring Giovanni from her social media, which a lot of her fans interpreted as the ultimate sign of their break-up.

Following her separation from Giovanni, Maura expressed the desire to keep her future relationship away from the public eye, citing her love life being publicized as one of the main reasons as to why she wanted to move on from reality TV.

Maura currently appears to be single, hasn’t been married and doesn’t have children.

Since her rise to stardom, a lot of Maura’s followers started wondering whether her good looks could partially be attributed to cosmetic procedures. As photos of her from 2012 surfaced, it became apparent that her looks have since changed dramatically. The old photos reveal that the model had noticeably thinner lips, smaller breasts and a wider waist, however, she is yet to comment on the procedures she may have undergone.

Maura loves to travel, and is fond of tropical destinations such as Thailand, Costa Rica and The Seychelles, documenting her travels on Instagram.

She likes to cozy up with a book in her spare time, with some of her all-time favorite novels being “The Notebook” and “Dear John” by Nicholas Sparks.

Maura fell in love with ice skating during her time on “Dancing on Ice”, and has since been incorporating the sport into her workout routine.

As of November 2021, her net worth is estimated at more than $1 million.