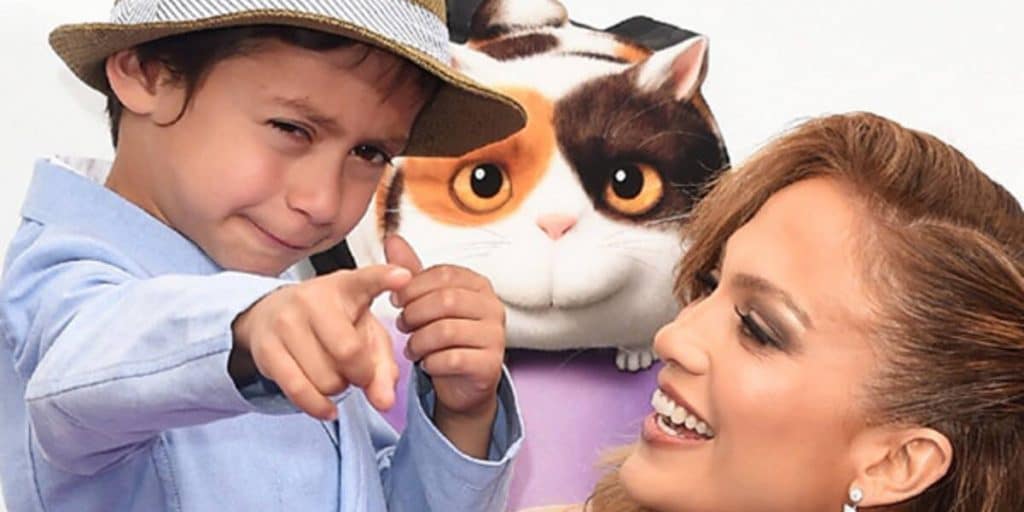 Who is Maximilian David Muñiz?

Maximilian David Muniz was born on Long Island, New York USA, on 22 February 2008 – his zodiac sign is Pisces, and he holds American nationality. He’s really only known for being the son of two celebrities: the American singer-songwriter and actor Marc Anthony, and the American singer and actress Jennifer Lopez.

Maximilian is being raised alongside his twin sister Emme Maribel Muñiz on Long Island, by their mother; their parents married in June 2004, but divorced on 16 June 2014, after having been separated for three years. Jennifer received full custody over the twins.

Maximilian also has four paternal half-siblings. In 1994, his father’s girlfriend Debbie Rosado gave birth to their daughter Arianna Muñiz, and they then also adopted the boy Chase Muñiz.

Between 1996 and 1998, Anthony was in a relationship with the Dominican-American author and actress Claudette Lali, and they became engaged but then called it off. On 9 May 2000, Anthony married the Puerto Rican actress and singer Dayanara Torres Delgado, and she gave birth to their son Cristian Marcus Muñiz on 5 February 2001, and to their second son Ryan Adrian Muñiz on 16 August 2003. Dayanara filed for divorce in January 2004, and then published her book “Married to Me: How Committing to Myself Led to Triumph After Divorce”.

Maximilian’s today attending a local elementary school, and it appears as he’s yet to show an interest in music.

Who is his mother, Jennifer Lopez?

Jennifer Lynn Lopez was born in New York City, USA on 24 July 1969 – her zodiac sign is Leo, and she holds American nationality. She gained recognition in 1997, with her portrayal of the title character in the biographical musical movie “Selena”, written and directed by Gregory Nava, and which also starred Edward James Olmos and Jon Seda. It follows the life of the Tejano singer Selena, who was murdered by her boutiques’ manager, and head of her fan club; the movie won eight of the 14 awards for which it was nominated.

Jennifer was raised in The Bronx, New York City, alongside her sisters Lynda and Leslie, by their Puerto Rican parents Guadalupe Rodriguez and David Lopez; their father was a computer technician, while their mother was a housewife, who divorced in the ‘90s after over 30 years of marriage. Jennifer studied at Preston High School, and was physically highly active during her four years there, as she ran track for the school’s team, and was also on its softball team. It was also around this time that she became interested in acting, and started appearing in school plays.

Jennifer was five years old when she took on dancing lessons, learning various styles in her teen years, including jazz, ballet and flamenco. She didn’t attend college, but focused on her career as a dancer, so her parents told her to leave the house, and her mother didn’t speak to her for nearly a year.

She attracted some attention in 1990, when cast to play Fly Girl in the comedy series “In Living Color”, and after she played a supporting character in the comedy series “South Central” in 1994, she found her own agent, and began appearing in various other series and movies, such as the drama “Second Chances”, the independent drama movie “My Family”, and the comedy film “Jack”. In 1997, she was cast to star alongside Jon Voight and Ice Cube in the horror movie “Anaconda”, while later that year she starred in the  crime movie “U Turn”, and then the 1998 crime comedy movie “Out of Sight”.

She launched her singing career in May 1999, with the release of her debut single “If You Had My Love”, which topped the Billboard Hot 100 Chart, the first time since Britney Spears managed to do the same. On 1 June 1999, Jennifer released her first album “On the 6”, and continued to focus more on music, although still staying active in the film industry.

In 2000, she starred alongside Vincent D’Onofrio, in the psychological thriller movie “The Cell”, and on 23 January 2001, her second album was released, entitled “J. Lo.”, which topped the US Billboard 200 Chart. A couple of her following roles were in the 2001 romantic comedy movie “The Wedding Planner”, in which she starred alongside Matthew McConaughey, the 2002 thriller movie “Enough”, and the same year the romantic comedy movie “Made in Manhattan”.

Jennifer has been making music and starring in movies to this day, and is currently shooting for the upcoming romantic comedy movie “Marry Me”.

From October 2011 to August 2016, Jennifer was in a relationship with the dancer Casper Smart, and from February 2017 to March 2021, with the baseball player Alex Rodriguez; the two had become engaged in March 2019, but that’s as far as it went.

Jennifer is a philanthropist, who has donated millions of dollars to various charity organizations. She’s a supporter of the LGBT community, and today also supports the movement Black Lives Matter.

Who is his father, Marc Anthony?

Marco Antonio Muñiz, better known by his stage name Marc Anthony, was born in New York City on 16 September 1968 – his zodiac sign is Virgo, he holds American nationality, and is of Spanish and North African descent. He has won numerous awards for his music, including six Latin Grammy Awards and three Grammys.

Marc was raised in New York City alongside his seven siblings, by their mother Guillermina who was a housewife, and their father Felipe who was a musician and a hospital cafeteria worker.

He grew up being surrounded by music – his father taught him to sing in Spanish and English, as well as to play the guitar. Upon matriculating from a local high school in 1986, Marc focused on his singing career, rather than pursuing a college degree.

His debut album “Rebel” was released under Bluedog Records in 1988, and Marc then began providing back-up vocals for various artists, such as Ann-Marie, the Latin Rascals and Menudo. It was in 1993 that he decided to focus entirely on making salsa music, and his second album, “Otra Nota” was released in the same year, making him a salsa star. He released his third album “Todo a su Tiempo” in 1995, eventually certified gold by the Recording Industry Association of America (RIAA), as it has sold more than 800,000 copies. In 1999, he released the album “Marc Anthony”, and it peaked at #8 on the Billboard Albums Chart, and was eventually certified triple platinum (selling over three million copies).

Marc hasn’t been very active in the music industry since September 2016, when he toured around the US.

He launched his acting career in the ‘90s, and gained recognition with his portrayal of supporting characters in the movies “Hackers” and “The Substitute”. In 2001, Marc starred alongside Salma Hayek in the feature film “In the Time of the Butterflies”, while a couple of his following roles were in the 2004 action thriller movie “Man on Fire”, the 2006 biographical movie “El Cantante”, and the 2011 reality series “Q’Viva! The Chosen”.