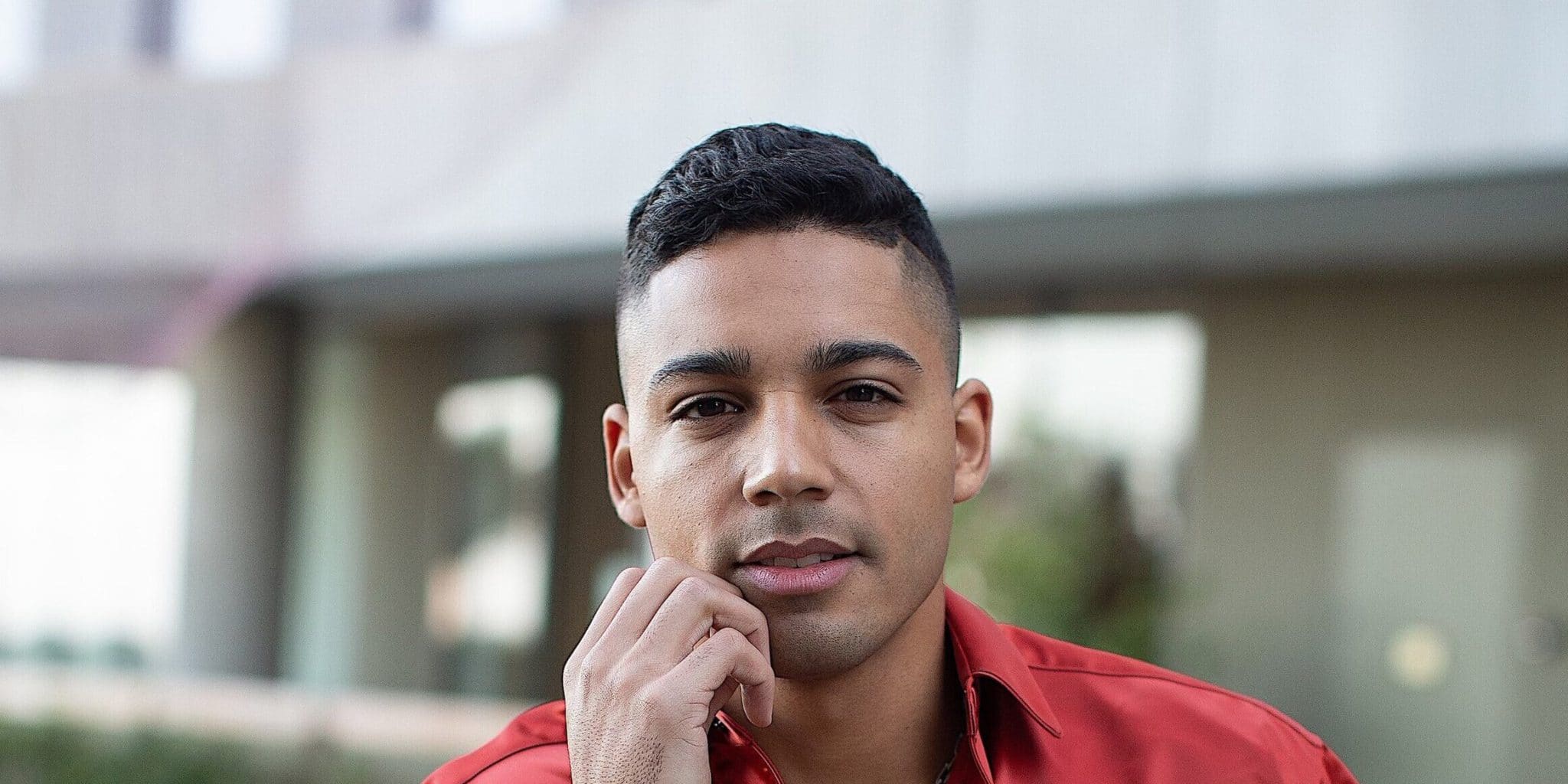 Who is Michael Evans Behling?

He was born under the zodiac sign of Pisces on 5 March 1996, in Columbus, Ohio USA, thus he holds American nationality, while his ethnicity is of mixed Nigerian and German descent, although he was adopted by a white family.

Michael is an actor with less than five credits to his name, however, according to critics, his time is yet to come in the movie and television industry.

After his parents adopted him, he grew up in Columbus, Indiana alongside his three siblings, Andrea, Matt and Adam, on a farm with a chicken coop, and several dogs and cats as pets. Michael had an interest in sports, so he played volleyball, baseball and soccer, but while he was growing up he showed an increasing interest in acting.

He attended Columbus North High School, and upon matriculating in 2014, he enrolled at Indiana State University, but dropped out after two years, at first to launch his modeling career, and then began acting.

Michael made his first appearance on the big screen portraying Jackson Stone in the 2021 movie “A Cinderella Story: Starstruck”, starring alongside Bailee Madison and April Telek in this family comedy drama, directed and written by Michelle Johnston. The movie is the sixth sequel of the “Cinderella Story” franchise, and follows the story about farm girl Finley Tremaine (Bailee Madison), who dreams of becoming a Hollywood actress, and when a film crew arrives in her town she auditions, and the lead actor, Jackson Stone, falls in love with her. Although everything seemed great, the evil stepmother and her daughters are there to destroy her luck.

Michael actually made his acting debut in 2017, portraying Handsome Dude in the episode “The Lady Doth Protest” of the series “Empire”, starring Terrence Howard, Jussie Smollett and Taraji P. Henson; this musical drama had 105 award nominations, including eight for Primetime Emmys, and won 30.

In 2019, Michael was cast to play Brady in the episode “Good Shepard” of the series “Grey’s Anatomy”, getting his chance to act alongside Ellen Pompeo, James Pickens Junior and Chandra Wilson in this romantic drama, which had 238 award nominations, and won 83, including four Primetime Emmys.

As mentioned, Michael is perhaps known best for his role as Jordan Baker in the series “All American”, a sports drama also starring Samantha Logan and Daniel Ezra. The series started to broadcast in 2018, and at the moment, its fourth season is streaming on Netflix; the story is loosely based on the life story of the football player Spencer Paysinger, and is an inspiring family drama about a talented high school football player, whose life changes after he transfers from Crenshaw to a much wealthier neighborhood of California, Beverly Hills. The series had four award nominations and won one.

There were various rumors concerning both Michael’s love life and his sexual orientation, however, he hasn’t spoken about any woman or man whom he has been with, until 16 January 2021, when in an interview with Young Hollywood, stating that he’s in a relationship with a mystery girl, saying that she attracted him with her wonderful smile and piercing eyes.

He hasn’t shared her name, but that he’s happy with her, and that they are enjoying their time together; about his perfect date night, he stated: ‘Afterward, heading to a spot, whether it’s a dope view or a place to take a nice stroll, just to be able to talk. If we’ve been together for a while, then I’d like to do something that’s important to my significant other.’

As of January 2022, Michael is in a secret relationship, he hasn’t married nor been engaged, and doesn’t have children.

As mentioned, Michael was into sports from an early age, and while he was in high school he was a track runner, and then competed during his days in college, however, after breaking his leg twice and requiring surgery both times, he stopped competing in track. Nowadays, he keeps his body in shape working out three to four times per week at the gym, and enjoying outdoor activities, such as hiking, biking and swimming.

He’s into traveling, and thanks to his career has visited several US states, and for the shooting of the movie “A Cinderella Story: Starstruck”, he traveled to Canada, his favorite travel destination for now. He dreams of visiting his biological parent’s homelands, Nigeria and Germany.

Michael is active on social media networks such as Instagram and Twitter, which he established in December 2018, and is today followed by nearly 60,000 people, while his TikTok profile has gained nearly 2.5 million followers, with all his videos combined amassing over 30 million likes.

He mostly posts photos and videos featuring his everyday life, his training sessions, and updates about his work; you can also see photos featuring his dog, and he’s known as an animal lover.

Michael launched his YouTube channel under the moniker ‘MichaelBO5’ on 24 April 2010, and it’s today subscribed to by nearly 80,000 people, and all of his videos combined have amassed over a million views. His most viewed video – “Answering Your Questions!”, uploaded on 16 March 2020 – has gained over 250,000 views.