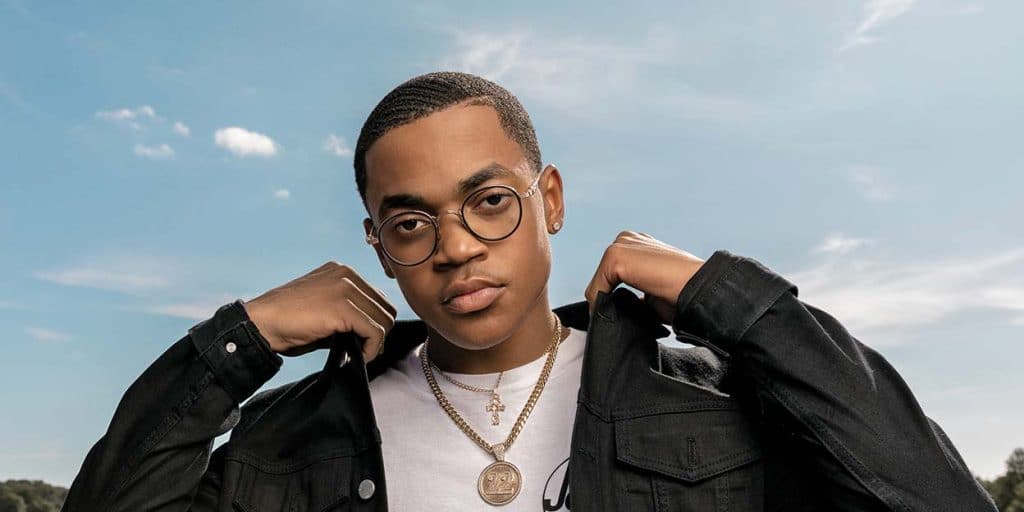 Who is Michael Rainey Jr?

Michael Rainey Jr. is an American actor, best known to the world for his television roles, such as Tariq St. Patrick in the TV series “Power” (2014-2020), but also as Kenny Rastell in the film “211” (2018), among other roles that he’s secured so far in his career.

Michael Rainey Jr. was born on 22 September 2000 under the Virgo zodiac sign, in Louisville, Kentucky USA. Of Jamaican ancestry, he’s the son of Michael Rainey Sr. and Shauna Small.

He spent his childhood in Staten Island, New York, and became interested in drama at an early age, which led him to acting lessons during his formative years.

He was just 10 years old when he made his debut; he learned a whole new language and lived abroad for a year, as Michael appeared in the Italian film “Un Altro Mundo” (2010), written and directed by Silvio Muccino, who also starred in the film with Isabella Ragonese. After his debut, Michael returned to the US, where he continued his acting career.

His first role on American soil was as Woody in the crime-drama film “LUV” (2012), starring alongside Common and Dennis Haysbert.

Although a teenager, Michael was making huge steps forward in his career. In 2013 he portrayed Cecil Gaines at 8 years of age in the film “Lee Daniels’ The Butler”, and the same year was chosen for the role of Michael Burset in the multiple Primetime Emmy Award-winning comedy crime-drama series “Orange Is the New Black”, with Taylor Schilling, Danielle Brooks and Taryn Manning as the main stars of the series, appearing in seven episodes of the popular role from 2013 to 2015.

However, it was in 2014 that he was chosen for the role that launched him to stardom – Tariq James St. Patrick is the son of the series main protagonist James ‘Ghost’ St. Patrick played by Omari Hardwick, but their relationship isn’t on best terms, which is showcased throughout the entire series. He received a BET Award nomination in the category for Young Stars, and the Image Award nomination in the category for Outstanding Performance by a Youth (Series, Special, Television Movie, or Limited Series).

His stint on “Power” ended in 2020, however, it wasn’t the end of Tariq, as Michael started playing Tariq in the spin-off crime-drama series “Power Book II: Ghost”, in which his story continues, as he follows in his father’s footsteps as an infamous drug dealer. He has featured in all 20 episodes so far and though he hasn’t been rewarded for his efforts, his popularity has soared and he’s now one of the most praised acting stars.

In addition, in recent years Michael starred in the sports drama film “Amateur” (2018), and the same year he was Kenny Rastell in the action crime-drama film “211”, co-starring alongside Nicolas Cage and Sophie Skelton.

When it comes to his personal life, Michael doesn’t like sharing that many details about it, and likes to keep it simple. However, according to reports, he dated Ugandan model Eva Apio, who is the daughter of Ugandan supermodel, Eva Mbabazi. However, their romance ended along the way, and it seems that Michael is currently single and focused on his career.

As of mid-2021, Michael Rainey Jr’s net worth has been estimated to be close to $1 million, earned through his successful career as an actor, during which he’s appeared in 10 film and TV titles, all of which have added to his wealth.

This prominent actor has black hair and dark brown eyes. He stands at a height of 5ft 8ins (1.73m), while he weighs approximately 150lbs (68kgs). His vital statistics are currently unknown, though he has a fit figure.

When he has some time off, Michael enjoys music, not just listening to it, but also making it as he has taken piano lessons; although a prolific musician, Michael hasn’t pursued it professionally.

He loves playing video games, which is yet another of his hobbies.

Basketball courts aren’t foreign to him, as he enjoys a game or two over a week with his friends – his favorite basketball player is LeBron James.

Michael is also working on his book that will chronicle his life so far, from his early struggles as one of seven children raised by a single mother, to his rise to fame.

He is known to be collaborating with several non-profit organizations, including Find and Feed, which focuses on helping homeless people by providing them with food and clothing. Moreover, Michael has donated both money and necessary items to children to users of the Jamaica National Children’s Home.

An avid animal lover, Michael has several pet dogs, including two terriers and an American bulldog, however, he hasn’t revealed their names.