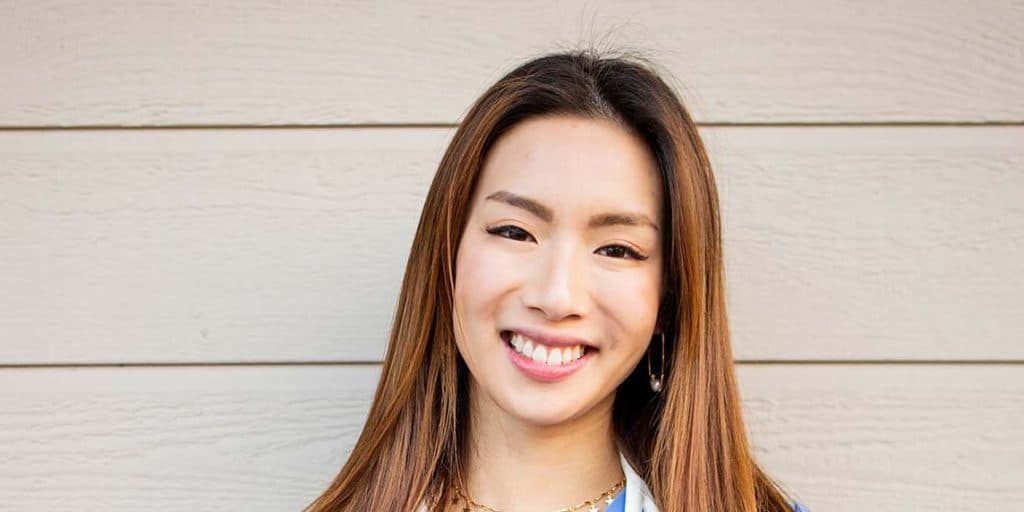 Who is Miki Rai?

Miki Rai is a registered nurse, social media personality, and TikToker who came into public focus for sharing insights into working in an intensive care unit (ICU). She was born in Japan, under the Zodiac sign Sagittarius on 19 December 1996. As of 2021, she is 25 years old and holds both American and Japanese nationality. Miki currently resides in Seattle, Washington State USA.

Even though her parents often appear in her YouTube and TikTok videos, their names are still unknown, as is that of her sister. At the age of three, she relocated with her family to Northern California, USA.

Regarding her education, she matriculated from a high school one year early, and she spent that time taking prerequisite courses at a community college.

Later, she transferred to the University of California, Los Angeles (UCLA) to study nursing, and in 2018 graduated with a Bachelor’s degree in Science of Nursing.

Before enrolling at UCLA, she had had various jobs, as she began working while very young. She briefly worked as a model and was signed to an agency in the San Francisco Bay Area – during her modeling career, she appeared in print advertisements for Google, Apple and YouTube. In one of her videos, she said that working as a model had numerous benefits in that she learned to present herself, public speaking, and acquired people skills. After she turned 16, she worked as a cashier at Paris Baguette Café, and later found a job as a lab assistant.

While she studied at UCLA, she had the opportunity to combine her two passions, social media and healthcare, working as a social media specialist for a division of UCLA Health. Miki created educational content, organized the website and the blog, and took photos.

She subsequently landed her first nursing job in Los Angeles, and has been working as a registered nurse ever since.

Miki gained popularity on several social media platforms, including YouTube, TikTok, and Instagram. She launched her YouTube channel in 2010, and initially created content related to her modeling career and her gigs; some of her first videos are entitled “Modeling- Miki Rai”, “French Catalog”, and “Apple Commercial”.

As she opted to study at UCLA, she also changed her content, and started incorporating video and travel blogs, Q&A videos, and storytime. One of her first videos which gained substantial views is entitled “How I got into UCLA School of Nursing”. Having obtained success with content related to healthcare and medicine, she began giving people a glimpse into her job as a nurse with videos such as “Week in My Life as a New Grad RN” and “What’s in my work bag/ICU Nurse”.

While previously she seldom posted content to her self-titled YouTube channel, she became more active gaining a significant number of subscribers, and now, posts several videos weekly. Currently, her channel has over 500,000 followers with over 270 million views. One of her most popular YouTube series is “Life Unfiltered”, in which she vlogs with Kevin and discusses various topics while visiting some interesting places, or doing pranks and challenges.

She has amassed quite a following on both Instagram and TikTok. While these social accounts are mostly an extension of her content on YouTube, she is most active on TikTok, and uploads videos daily. Her TikTok has 2.7 million fans with over 42 million likes, and Instagram nearly 500,000 followers. In addition to her usual videos relating to healthcare and her job, she also posts dance, skits, and fashion-styling videos.

Miki also launched her blog site, on which she posts tips about traveling, counseling, fashion, and health/beauty.

Besides her interesting and funny videos, her main goal behind her numerous social media accounts is to educate and enlighten people regarding some myths in medicine surrounding illnesses and treatments. During the pandemic, she used her accounts to raise awareness about COVID-19, and also break down common misconceptions about viruses and vaccines.

In her YouTube video, entitled “I’m sorry. Clearing the air”, she said: ”Since February, I have not been working directly in a hospital. I want to sincerely apologize to anyone who I have confused. I have never claimed to be a frontline healthcare worker. As a nurse, I understand how much sacrifice it takes and how much recognition they deserve.”

Regarding her dating history, she has been in two relationships, one lasting five years and the other three years, however, Miki hasn’t disclosed the names of her ex-partners. She is currently dating a man named Kevin, who is a medical doctor.

In May 2020, she posted the YouTube video “I’ve been keeping a secret”, in which she disclosed that she was romantically involved with Kevin, introducing him to her fan base. In a separate video, she revealed that they had been friends for a long time and even had feelings for each other, but chose to stay friends, as they were both focused on their career paths.

However, when the pandemic happened, and most of their classes turned to virtual or online classes, they decided to quarantine together at Kevin’s apartment, and so began dating. Kevin often appears in her videos, and collaborates with her as they are both working in healthcare. Some of their most popular videos are “6 am morning routine /Doctor+ Nurse”, and “How to learn everything in Medical and Nursing School”.

As of 2021, her estimated net worth is around $500,000, acquired through her numerous social endeavors, and working as a nurse. She additionally earns through various brand deals, paid advertisements and brand collaborations.

Her natural hair is black, further adorned with brown eyes. Miki has a very fit physique, which she maintains by hitting a gym a couple of times a week.

From an early age, she has been an avid animal lover and even mentioned in some of her videos how she spent an eternity unsuccessfully convincing her parent to get a dog. Now, she has a dog named Lucky.

She is also a fan of photography and fashion.

One of her favorite shows is “Hunter x Hunter”, she is an avid lover of animated series and movies.

Interestingly, she is trilingual, as she speaks Mandarin, Japanese and English. Many of her followers are interested in how she managed to learn three languages, so in one of her Q&A videos, she said: “This is all thanks to my parents. My mum and my dad had a system at home where on Mondays, Wednesdays, and Fridays, I spoke mandarin and on Tuesdays, Thursdays, and Saturdays we spoke Japanese while on Sundays I got to choose which language I wanted to speak.“