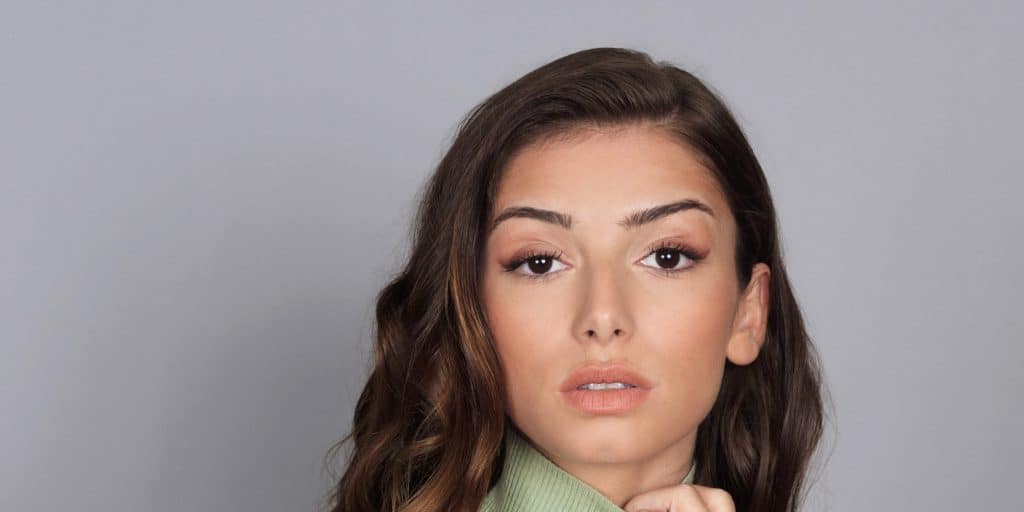 Who is Mimi Keene?

Mimi Keene was born on 5 August 1998 under the zodiac sign of Leo, in Hertfordshire, England. She is a 23-year-old actress, probably best recognized for landing the role of Cindy Williams in the BBC One soap opera “East Enders” (2013-2015), and featuring as Ruby Matthews in the Netflix teen comedy-drama series “Sex Education” (2019-present).

How rich is she, as of now? Mimi Keene Net Worth

As of mid-2021, Mimi Keene’s net worth is estimated at over $600,000, earned through her successful contribution to the world of entertainment.

She‘s garnered over ten television, film, and stage acting credits since she launched her career in 2010.

Mimi Keene spent her early years in her hometown in Hertfordshire, where she was raised by her parents; however, their names and professions are unavailable, and she has a younger brother but his name is also undisclosed. She holds British nationality, belongs to White Caucasian ethnic group, and is a Christian.

Regarding her education, Mimi Keene attended the Italia Conti Academy of Theatre Arts in London, where she studied Performing Arts from 2009 to 2014.

Mimi Keene started her professional acting career on stage while she was a student, when she was invited to play Janey in The Royal Court Theatre production of the play “Kin”, from 19 November to 23 December 2010. During the same year, she also made an appearance in a TV commercial for the fashion and retail company Matalan.

Her debut TV appearance came three years later, when she took the role of Brandy May Lou in the episode “Dederama” of the CBBC teen sitcom “Sadie J”, after which she featured as Jade Dawes in the pilot episode of the BBC One military drama series “Our Girl”. Later that year, Mimi appeared in the documentary TV series “School For Stars”, and provided her voice to Eurayle, Medusa and Stheno in the video game “Castlevania: Lords Of Shadow – Mirror Of Fate”, which she would later reprise in its 2014 sequel “Castlevania: Lords Of Shadow 2”.

Mimi Keene landed her breakthrough role when she joined the main cast of the highly popular BBC One soap opera “East Enders”, in which she starred as Cindy Williams in more than 120 episodes from 2013 to 2015. The series received critical acclaim and won numerous awards, including ten BAFTAs for Best Soap and 12 National Television Awards for Most Popular Serial Drama, among others. It also earned Mimi a British Soap Award nomination for Best Young Performance in 2014. Concurrently with filming it, she also made guest appearances in two episodes of the popular family TV series “Children In Need” in 2013 and 2014.

In the following year, she was nominated for an Inside Soap Award for Best Young Actor.

In 2016, Mimi Keene guest-starred as Lana Westmore in the episode “High Tide” of the critically acclaimed BBC One medical drama series “Casualty”, which was followed by her portrayal of Megan in the short sci-fi film “The Escape” in 2017.

She eventually made her debut feature film appearance in the role of Claire in the 2019 action thriller film “Close”, co-written and directed by Vicky Jewson, and released on Netflix. During the same year, she featured as the young Edith Bratt in the biographical drama film “Tolkien”, which follows the life of English professor J. R. R. Tolkien, famous for being the author of “The Hobbit” and “The Lord of The Rings”.

Her next major role came when she was selected to play Ruby Matthews in the Netflix teen comedy-drama series “Sex Education” (2019-present), alongside Asa Butterfield, Emma Mackey, and Gillian Anderson, which attracted acclaim from the critics.

Mimi Keene manages to keep details about her personal life far away from the eyes of the public. Nonetheless, it is believed that she is single at the moment, and focused on her professional career. Her current residence is in London, England.

In her spare time, Mimi enjoys hanging out and having fun with her friends. She is an avid animal lover, and has had several pet dogs and cats, including a kitten named Luna.