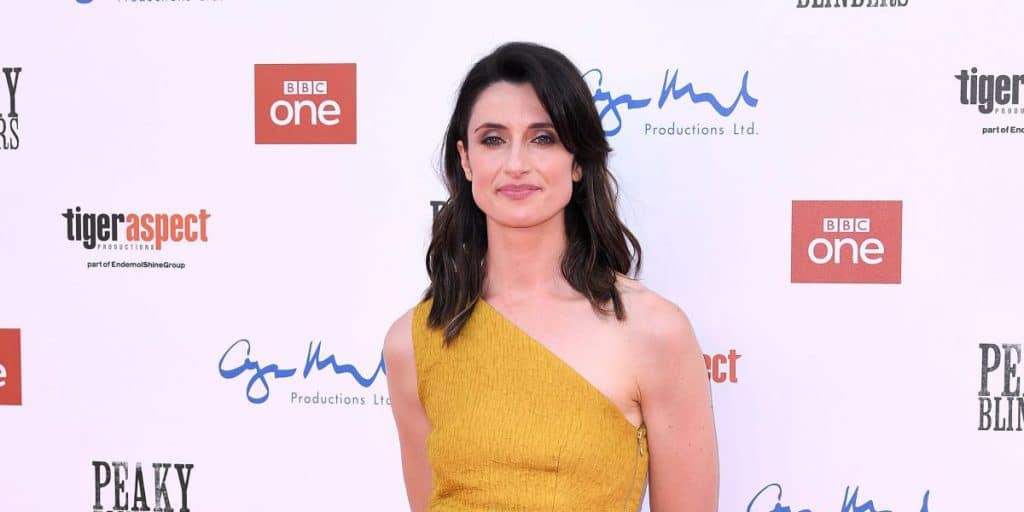 Who is Natasha O’Keeffe?

Natasha O’Keeffe is a British stage, television and film actress probably best known to the world as Lizzie Stark in all six series of the TV series “Peaky Blinders”, and as Agnes Moore in the TV mini-series “Resistance” (2019), among several other notable appearances that she’s made so far in her career.

Natasha Dervil O’Keeffe was born on 1 December 1986 under the Sagittarius zodiac sign, in Brighton, Sussex, England to Paul O’Keffee and Caroline O’Reilly. She grew up in Tooting, South London, to where the family moved when she was a year old.

After high school, she trained in acting at the Royal Welsh College of Music and Drama, during which time she appeared in numerous stage productions.

Natasha’s career really got started in 2008, with the role of Sarah in the thriller-drama film “Abraham’s Point”, which starred Christian McKay and Mackenzie Crook. Two years later, Natasha secured her first major role as Sadie Anderson, one of the lesbian characters in the TV drama series “Lip Service” (2010-2012), with Fiona Button, Heather Peace and James Anthony Pearson in the lead roles, featuring in 10 episodes of the critically acclaimed series before it was canceled in January 2013.

However, she soon found a new engagement, joining the main cast of the award-winning fantasy comedy-drama series “Misfits”, as Abbey, a girl who’s suffering from amnesia, but later discovers that she has superpowers like the rest of the main characters. She appeared in 11 episodes throughout two seasons, before the end of the series in 2013.

Natasha’s name became more popular in acting circles, and in 2013, she was selected for one of her most popular roles in the highly-acclaimed historical TV crime-drama series “Peaky Blinders”, from 2013 to 2019, as Lizzie Shelby, nee Stark, who is an ex-prostitute, and worked for Tommy Shelby as his secretary and became his second wife.

At first, she was a recurring character but was promoted to the main cast at the start of the second season, which in large contributed to her popularity.

Concurrently, she portrayed yet another popular character in 2013, as she appeared in the comedy film “Svengali”, starring Martin Freeman, Matt Berry, and Joel Fry. Then in 2015, Natasha portrayed Kirsty Wilkinson in the TV mini-series “The Last Panthers”, co-starring Samantha Morton, Goran Bogdan and Tahar Rahim, among other stars. The same year, she was Fedora in the TV mini-series “Jekyll and Hyde”, while in 2016, she guest-starred in the TV series “Sherlock”.

She has continued with television roles, and in 2019 she was Agnes Moore in the TV mini-series “Resistance”, while most recently, Natasha portrayed Emma Grieves in the TV sci-fi drama series “Intergalactic”, starring alongside Savannah Steyn and Thomas Turgoose.

When it comes to her personal life, Natasha has been married to Dylan Edwards since 2014, and the couple has welcomed a son, and a daughter, but haven’t revealed their names.

As of mid- 2021, Natasha O’Keeffe’s net worth has been estimated to be around $2 million, earned through her successful career as an actress, during which she has appeared in around 20 films and TV series, all of which have added to her wealth.

Born as Edward Hill in 1984, in Seaton, Devon, England, he assumed the stage name Dylan Edwards later in life.

He hasn’t talked about his early life, except that he attended Sidmouth College where he trained under Angela Davies, the head of drama. After this, he enrolled at a university where he studied Product Design, however, his love for acting prevaile – he dropped out of studies, began working at a factory in Devon, and after six months there, Dylan enrolled at the Royal Welsh College of Music and Drama, where he met Natasha. He honed his skills by appearing in a number of plays, but before making his on-screen debut, he changed his name to Dylan, to avoid confusion with another actor already named Edward Hill.

Dylan’s career started in 2009, with a minor role in the TV series “Doctors”, then in 2010 he was selected for the role of Fitzy in the short-lived TV comedy series “Shelfstackers”. Two years later, the popular role as Mike Fenton came Dylan’s way,  in the TV comedy series “Pramface” (2012-2014), starring Sean Verey, Scarlett Alice Johnson, and Yasmin Paige. Then in 2014, Dylan starred in the comedy film “A Wonderful Christmas Time”, next to Laura Haddock and Mandeep Dhillon, while in 2015, Dylan joined such Hollywood stars as Tom Hiddleston, Jeremy Irons, Sienna Miller and Luke Evans in the award-winning sci-fi drama film “High-Rise”.

He continued his career with the lead role in the short-lived comedy series “Wasted” (2016), and from 2017 to 2019, portrayed Billy in 12 episodes of the TV comedy “GameFace”, with Roisin Conaty, Damien Molony, and Caroline Ginty as the main stars of the popular series. Recently, Dylan starred in the award-winning drama film “Trouble Will Find Us” (2020) and is working on the TV crime-drama series “The Long Call” (2021), in which he will portray Ross Pritchard, and will star alongside Ben Aldridge and Iona Anderson. The shooting is completed and the series is expected to premiere later in 2021.

According to authoritative sources, Dylan Edwards’ net worth has been estimated to be around $2 million as of mid- 2021, earned through his successful career as an actor. So far, Dylan has secured over 30 film and TV titles, all of which have contributed to his wealth.