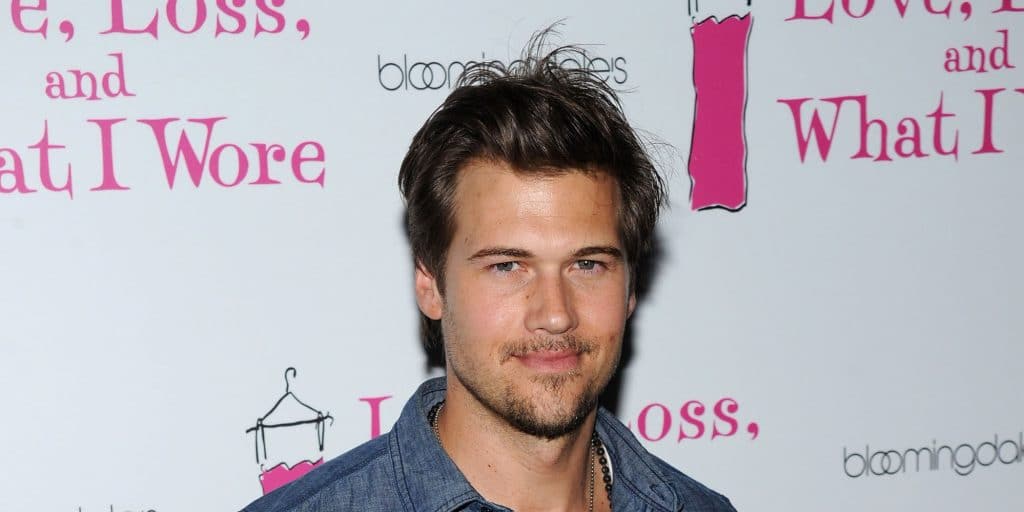 Nick Zano from ‘What I Like About You’: Wife, Net Worth, Height

Who is Nick Zano?

Nick Zano was born in Nutley, New Jersey USA on 8 March 1978 – his zodiac sign is Pisces, and he holds American nationality. He’s an actor and a film producer, who has been credited with appearing in more than 30 movies and TV series, while he’s perhaps still known best for his debut TV series appearance portraying one of the main characters, Vince, in the comedy series “What I Like About You”. It was created by Wil Calhoun and Dan Schneider, also starred Amanda Bynes and Jennie Garth, and follows Holly who has been sent to New York City, to live there with her older sister Valerie. The series aired from 2002 to 2006, and was nominated for 10 awards.

Nick was raised in Florida, as his family moved there when he was around two years old. Nothing is known about his parents, as he respects their privacy, and because he hasn’t mentioned having any siblings, it’s believed that Nick is an only child.

He became interested in acting while studying at Wellington High School, and when he was 17 years old, he and his friends produced a comedy show which aired on the school’s TV station. Nick subsequently wrote, produced and acted in various student movies, some of which were shown at the festival Japan Victor Company Universal Film Competition.

Upon matriculating in 1996, Nick didn’t attend college, but moved to Hanover in Pennsylvania, and started working for a small production company.

Nick made his debut film appearance in 2002, when he portrayed James in the critically acclaimed biographical crime drama “Catch Me If You Can”. It was directed by Steven Spielberg, starred Tom Hanks and Leonardo DiCaprio, and follows the skilled forger Frank who’s being tracked by FBI agent Carl; the movie won 16 of the 64 awards for which it was nominated, including two Oscar nominations.

A couple of Nick’s following roles were in the 2003 comedy “Sweet Potato Queens”, the 2004 family fantasy comedy “Fat Albert” and the 2005 romantic comedy “Everything You Want”. In 2007, he was cast to play Pierce in the comedy drama “My Sexiest Year”, and the following year saw him appear in four movies, including the comedy “College”, and the adventure comedy drama “Beverly Hills Chihuahua”.

Nick then portrayed Hunt, the lead character in the 2009 action horror thriller “The Final Destination”, directed by David R. Ellis, and which also starred Krista Allen and Andrew Fiscella. It follows a young man who has saved himself and his friends from death after having seen the future, while death has now come to take them nevertheless; the movie won two of the four awards for which it was nominated.

Three of his most recent roles in movies have been in the 2012 comedy “Prairie Dogs”, the 2013 romantic drama “Lost Luck” and the 2015 romantic comedy drama “Love Surreal”.

After having gained recognition for his performance in “What I Like About You”, Nick was cast to play supporting characters in several popular series, such as the family comedy drama “7th Heaven” in 2007, the romantic comedy “Cougar Town” in 2009, and the romantic drama “Melrose Place” in 2010.

Nick then made a guest appearance in an episode of the family comedy “The Secret Life of the American Teenager”, as well as in an episode of the hit comedy drama “Drop Dead Diva”. In 2012, he was cast to play Preston Hillingsbrook in the popular romantic comedy drama “90210”, created by Darren Star and Jeff Judah, and which starred Shenae Grimes-Beech, Tristan Mack Wilds and AnnaLynne McCord.

The series follows a family who have moved to Beverly Hills from Kansas, and it won two of the 19 awards for which it was nominated.

Since 2016, Nick has been playing Nate Heywood and Steel in the critically acclaimed action adventure drama “DC’s Legends of Tomorrow”, created by Greg Berlanti and Marc Guggenheim, and which also stars Amy Louise Pemberton, Caity Lotz and Dominic Purcell. It follows the rogue Rip Hunter who has created a team of heroes and villains, who will aid him in saving all life in the universe from an apocalypse; the series has won seven of the 35 awards for which it has been nominated.

In 2005, Nick sang the song “Summer Nights” in the episode “Someone’s in the Kitchen with Daddy” of the series “What I Like About You”.

Nick received special thanks for the 2013 adventure comedy “Ass Backwards”.

He has made a guest appearance in various talk-shows, such as “The Sharon Osbourne Show”, “Up Close with Carrie Keagan” and “The Ellen DeGeneres Show”.

Nick prefers to keep the details of his love life to himself, but it’s still widely known that he has been in a relationship with the Canadian actress and singer Leah Renee Cudmore since 2015; she has been credited with appearing in nearly 50 movies and TV series, probably still known best for her portrayal of Rave Girl, in the 2002 adventure comedy movie “Interstate 60: Episodes of the Road”.

There are rumors circulating the internet, claiming that Nick and Leah have recently become engaged, while some believe that they might have even exchanged vows in secret; no evidence has been provided to support these claims, nor has Nick commented on the rumors.

Leah hasn’t spoken of any other men whom she might had been with prior to meeting Nick, while it’s known that Nick was in a relationship with the American actress and film producer Haylie Duff from 2008 to 2011; she has appeared in close to 80 movies and TV series, and is probably still known best for her portrayal of Summer Wheatly, in the 2004 comedy movie “Napoleon Dynamite”.

As of November 2021, Nick’s in a long-term relationship with Leah Renee Cudmore, and they have two children together.

Nick’s highly active on Instagram, and seems to be enjoying the attention which he’s receiving from his nearly 400,000 followers; he’s uploaded over 350 pictures onto the network, most of which have been taken during his everyday life.

Nick is physically very active, and has five to six training sessions at the gym every week, thus his muscular body; many pictures which feature him shirtless can be seen uploaded onto his Instagram account.

a man portraying a super hero walks into a fictional bar and drinks a fake beer… pic.twitter.com/9ajc1XsCbn

He’s into travelling, and his acting career has taken him to various US states, while he has also been to several European countries; Nick’s dream travel destination is Moscow in Russia.

He has his own favorite actors and actresses, some of whom are Jim Carrey, Will Smith and Natalie Portman, and a couple of his favorite movies are “Ace Ventura: Pet Detective – When Nature Calls”, “I, Robot” and “Leon: The Professional”.

As of November 2021, his net worth has been estimated at more than $3 million.