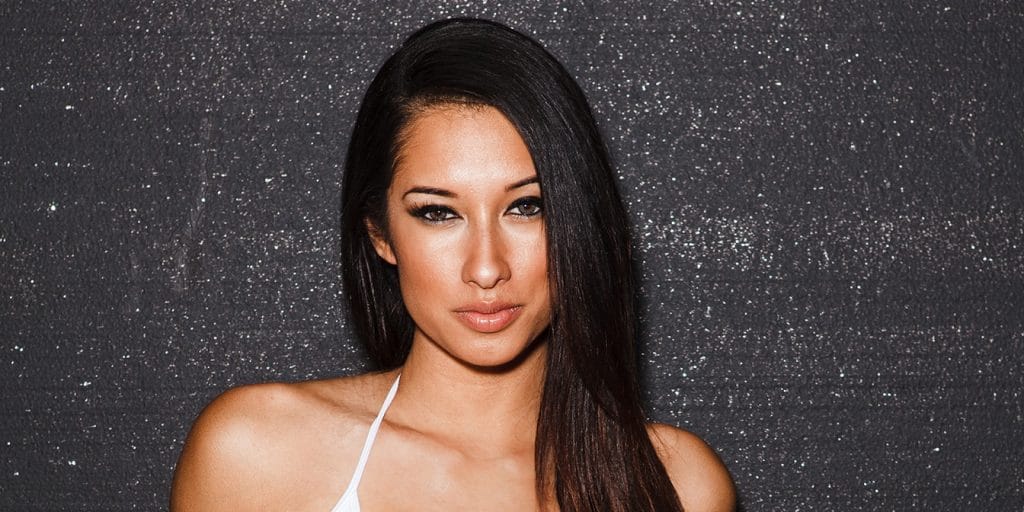 Who is Nikki Blades?

Nikki Blades was born in Oahu, Hawaii USA, on 10 March 1989 – her zodiac sign is Pisces, she is of mixed ethnicity, and holds American nationality. She’s a radio host, model, entrepreneur and a social media star, perhaps known best for hosting the podcast “No Chaser”, and the radio show “Big Bay Mornings”.

Nikki moved to California with her family when she was six years old, where she was raised by her parents Nikoi and Edward Blades. She has four siblings – two brothers and two sisters, and comes from a diverse ethnic background, having Chinese, Filipino and Hawaiian ancestry.

Nikki matriculated from Lowell High School in San Francisco, California in 2007; she later enrolled at the University of California, from which she graduated with a Bachelor of Arts degree.

While Nikki was in college, one of her friends invited her to model for a photography class, which inspired her to start pursuing her long-time dream of becoming a professional model. In 2013, she launched her Instagram account ‘@nikkiblades’, and soon gained a large following on the platform, thanks to her good looks, and was noticed by modeling agencies, and brands such as Purist Boutique, Kaimana and Hypebeast.

In 2014, the magazine “Maxim” featured Nikki in their Top 10 Hometown Hotties publication. “Maxim” is one of the world’s leading men’s magazines, known for its photography of female models, singers and actresses.

A long list of women who have posed for the cover of the magazine includes Christina Aguilera, Lady Gaga, Jessica Alba and Alessandra Ambrosio. “Maxim” was founded in the United Kingdom in 1995, but has been based in New York City since 1997. Today, the magazine reaches more than nine million readers each month, with its physical editions being sold in 75 countries.

Since 2017, Nikki has been an ambassador for the non-profit organization Designing a Difference, based in San Francisco, California, which focuses on providing work in the fashion industry for people with employment barriers. In recent years, she’s done commercials for sportswear brands Nike and Adidas, and done modeling for fitness apps. She has also appeared on the catwalk in New York, San Francisco and Los Angeles Fashion Weeks.

Career as a radio host

In May 2018, Nikki became the co-host of the morning radio show “The Morning Block Party” on KWIN FM radio station. In the following year, she started co-hosting the dating and relationship advice podcast “No Chaser”, alongside Timothy ‘DeLaGhetto’ Chatarangasu and Ricky Shucks.

In January 2021, she joined Bennie Russell and Greg Sherrell as the co-host of the morning show “Big Bay Mornings” on 97.7 NOW radio, which airs every weekday morning between 6AM and 10AM.

Nikki has also made several appearances on TV. In 2018, she was a guest on the 10th season of MTV’s comedy improv show “Wild ‘n Out”, hosted by Nick Cannon. In the following year, she did an interview for MYX TV, and appeared on “Official Popup” on Lifestyle Network.

Although she’s a model and has to maintain a slim figure, Nikki doesn’t hide the fact that she has a passion for food. Before her modeling career took off, she launched her food vlog channel on YouTube, called Nikki’s Street Eats, and posted her first video in March 2015. In her videos, she visited food trucks and small restaurants across California and reviewed their food. Unfortunately for Nikki, the channel didn’t attract a large following, however, this didn’t discourage her, and she moved her food blog to Instagram.

Today, her account ‘@nikkisstreeteats’ numbers more than 20,000 followers, with over 430 posts.

Nikki is the most active on Instagram, uploading new photos at least twice a week. As of September 2021, her official account ‘@nikkiblades’ numbers more than 260,000 followers, with over 750 posts.

She also has a Twitter account, with almost 13,000 followers, which she primarily uses to interact with her fans and promote her radio shows.

She has recently become active on TikTok, and has already attracted close to 60,000 followers, with her videos having more than 650,000 likes in total.

Moreover, Nikki has launcher her own website, through which she sells her signature clothing line, which includes sweatpants, hoodies and T-shirts.

Although Nikki is a host of a podcast dedicated to relationship advice, she prefers not to talk about her love life publicly, thus not a lot is known about whom she has dated. She has said that when she’s in a relationship, she doesn’t want to announce it on social media, because it brings a lot of pressure on her. “When you run into problems, people make a big deal about it and you have to delete everything from your socials”, she said in a YouTube video she made with Tim Chantarangsu.

At one point, Nikkie’s fans were connecting her with the YouTube personality and comedian Joe Jitsukawa, however, she’s deflected the rumors, saying that the two are nothing more than friends.

Nikki currently appears to be single, hasn’t been married or engaged, and doesn’t have children.

Nikki is a very athletic person, and aside from going to the gym five times a week, she also plays basketball and volleyball.

Her favorite drink is vodka mixed with 7 Up and two limes.

She has revealed that she would love to visit Japan, just to try authentic Japanese food.

Nikki’s obsession with food has invaded her gaming habits, as she likes playing food-themed video games, such as “Diner Dash”, “Cooking Simulator” and “Overcooked”.

She loves binge watching TV series in her spare time, with some of her favorites being “The Office”, “Gray’s Anatomy” and “Orange Is the New Black”

As of September 2021, her net worth is estimated at close to $2 million.