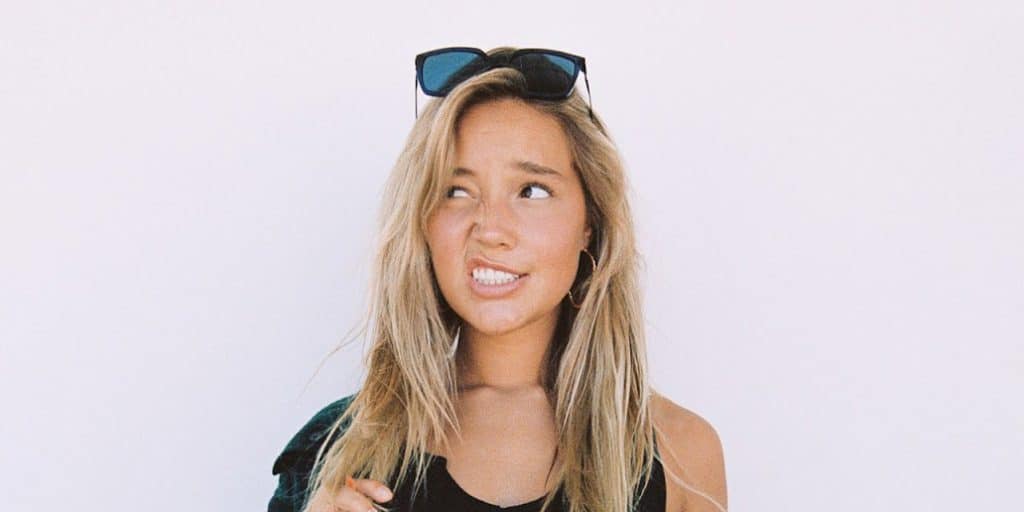 Who is Olivia Ponton?

Olivia Ponton is an American social media star and model, who achieved fame by uploading hot pictures onto her official Instagram page. Since launching her career, Olivia has earned a massive following online, and has worked with a number of fashion brands, including PrettyLittleThing, BodyBlendz, and Skywear, among others.

Olivia Marie Ponton was born on 30 May 2002 under the Gemini zodiac sign, in Naples, Florida USA.

She hasn’t talked about her family life, as her parents choose to stay away from the media. She grew up in her hometown, and went to Naples high school, where she was a cheerleader. She matriculated in 2020 and for now hasn’t enrolled into any college, choosing to focus on her rising career online, but has expressed an interest in studying architecture and interior design.

Olivia became interested in modeling at a young age, and would spend all her money on beauty and fashion magazines, looking at all the models and admiring their stunning looks and success.

During high school, she signed up for various sports in order to build on her modeling figure, and as a result was a gymnast, ran track & field, and played soccer.

Once she was out of high school, she started uploading pictures of herself on her Instagram page, and in no time started attracting attention from various modeling agents and agencies. She eventually signed with the Wilhelmina Models USA, which kick-started her career.

Since posting her first picture on Instagram, she has amassed more than 3.5 million followers, and has worked with a number of fashion brands, which has launched her to prominence.

She is one of the ambassadors on TheRealDBA, and has featured in Vogue, among other magazines. Some of the fashion brands with which she’s worked include Dolls Kill, Body Blendz, Urban Outfitters, Lounge Underwear, Peppermayo, and others.

Additionally to Instagram, Olivia has found engagement through TikTok. She has around 7.5 million fans on this social outlet, earned by uploading comedic and lip-syncing videos.

Olivia is also a YouTube star, having amassed around 150,000 subscribers, with whom she shares events from her daily life.

Since launching her channel in 2020, Olivia’s videos have been viewed around four million times, with some of her most popular videos including “Surprising Hype House With Puppies”, which has around 950,000 views, then “How I Became a Model”, in which she talked about her journey into the modeling world, which now has around 430,000 views, and “I Have A Swimsuit Line?”, with over 250,000 views, among numerous other videos that have only increased her popularity.

As her popularity increased, she started attracting attention from other YouTube and TikTok stars, and was eventually invited to join the Hype House collective, launched by TikTok stars Daisy Keech, Chase Hudson, and others.

The collective now comprises of such stars as Thomas Petrou, Sienna Mae Gomez, Jack Wright, Kouvr Annon, Mia Hayward, Connor Yates among several other stars. They all reside in a Spanish-style mansion in Los Angeles, California, and create content together.

When it comes to her personal life, Olivia has often talked about her personal aspirations. Back in 2020, she was in a relationship with the Canadian TikTok star Kio Cyr – the two met online in 2019 and started dating a few months later.

The couple dated for a better part of 2020, however, their romance was brought to an end due to their busy schedule and distance between them.
Olivia has come out as a bisexual in an interview with Teen Vogue, and has spoken about her romance with soccer player Kaila Novak.

As of late 2021, Olivia Ponton’s net worth has been estimated to be around $800,000, earned through her successful career as a social media star and model.

Olivia is very focused on her looks, and maintains her perfect figure by working out in the gym several times a week. Moreover, she’s incorporated a strict diet into her meal plan, rich in protein.

An avid animal lover, Olivia has said that she has several pets, including dogs and cats, while her favorite animals are sea turtles.

Olivia is a rather talented singer and dancer, and has been attending dance lessons since her early childhood, though she hasn’t pursued her talents professionally.

She has spoken about her childhood in Florida, and said that her favorite season is summer as she loves soaking up the sun.

She traveled Europe in 2019 before the outbreak of the Covid-19 pandemic, both for work and pleasure. Currently, she is in Hawaii, and has shared her recent video with her fans on YouTube.