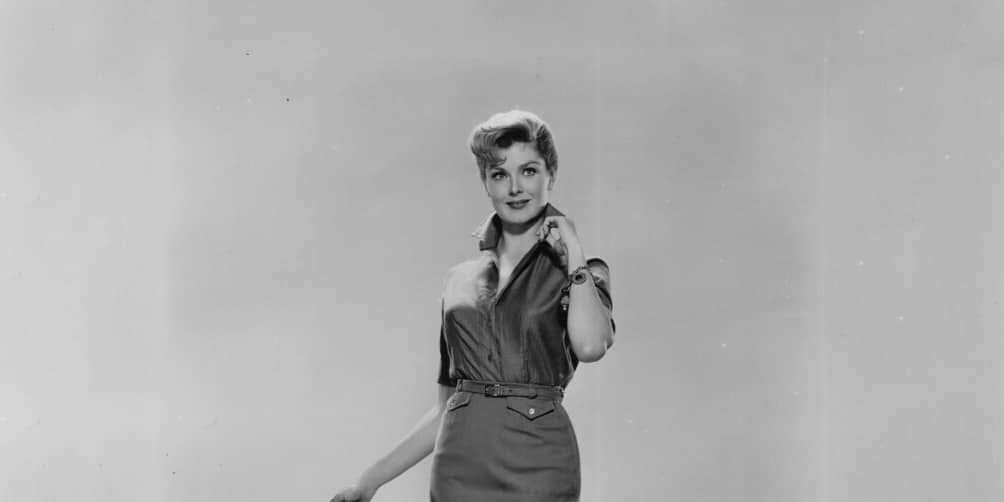 Patricia Blair’s Wiki: Cause Of Death, Net Worth, Measurements

Who is Patricia Blair?

Patsy Lou Blake, better known as Patricia Blair, was born on 15 January 1933 under the zodiac sign of Capricorn, in Fort Worth, Texas USA, and passed away on 9 September 2013 in North Wildwood, New Jersey USA. She was a film and TV actress, probably best recognized for landing the role of Lou Mallory in the ABC family Western series “The Rifleman” (1962-1963) and featuring as Rebecca Boone in the NBC action-adventure series “Daniel Boone” (1964-1970).

How rich was she? Patricia Blair Net Worth

At the time of her death, Patricia Blair’s net worth was estimated at over $5 million, acquired through her successful involvement in the world of entertainment as a professional actress, who garnered nearly 40 television and film acting credits during the time her career was active from 1953 to 1988.

Patricia Blair was born in Fort Worth but she spent her early years in nearby Dallas, where she was raised by her parents; however, their names and professions aren’t revealed to the public. It’s also unknown whether she had siblings or was an only child. She held American nationality and belonged to White Caucasian ethnic group. Patricia didn’t share any details regarding her education.

Patricia Blair started pursuing her professional career as a teenage model, when she was represented by the Conover Agency.

She also developed her love for acting, and while performing in a summer stock theatre, she was spotted by Warner Bros. Entertainment Inc., after which she started landing roles in film and TV series under the names Patricia Blake and Pat Blake. She made her debut TV appearance as the title role in the fantasy TV series “Princess Pat” in 1953, while her feature film debut came two years later with her portrayal of Gisele Bonet in the war film “Jump Into Hell” about the war in Indochina.

It was followed by her appearances as Christine ‘Christy’ Rowen in the crime film “Crime Against Joe”, next to John Bromfield, Henry Calvin and Julie London, and as Laurie Monroe in the independent horror film “The Black Sleep”, directed by Reginald Le Borg, both in 1956.

She then guest-starred in such TV series as “Telephone Time”, “The Bob Cummings Show”, and “Mike Hammer”.

Patricia Blair’s landed her first major TV role in 1959, when she was cast as Goldy, one of Madame Francine’s hostesses in the CBS action-adventure series “Yancy Derringer”, next to Jock Mahoney and Kevin Hagen. During the same year, she played June Marlowe in the black-and-white film noir “City Of Fear”, opposite Vince Edwards, followed by guest-starring roles in such TV series as “Rescue 8”, “Steve Canyon”, and “The Adventures Of Ozzie And Harriet”, to name a few.

In 1960, she featured in the lead role of Holly Taylor in the black-and-white crime film “Cage Of Evil”, sharing the screen with Ron Foster, and in the next year she appeared in a TV pilot entitled “Tramp Ship” with Neville Brand, but it wasn’t picked up.

She then played a working girl in Jerry Lewis’ 1961 comedy film “The Ladies Man”, and appeared as Liz McDermott in the 1962 made-for-TV comedy film “You’re Only Young Once”. She came to prominence when she replaced actress Joan Taylor in the role of Lou Mallory in the fifth and final season of the ABC family Western series “The Rifleman” (1962-1963), in which she shared the screen with Chuck Connors, Paul Fix and Johnny Crawford, in the show which followed the adventures of a Wild West rancher and his son.

While filming it, she also had such guest parts as Rita Marlow in the episode “The Evil Men That Do” of the long-lived NBC Western series “The Virginian”, and Nicolai Wright in the episode “The Case Of Badgered Brother” of the Primetime Emmy Award-nominated CBS legal drama series “Perry Mason”, among many others.

Patricia Blair’s next lead role came in 1964 when she joined the cast of the NBC action-adventure series “Daniel Boone”, portraying Rebecca Boone for six seasons until its finale in 1970, appearing in all 118 episodes, co-starring alongside Fess Parker, Ed Ames, Darby Hinton, and Veronica Cartwright.

Concurrently, she guest-starred as Lila Conrad in the episode “The Lila Conrad Story” of the NBC Western “Bonanza” (1964), which is considered as one of the 50 greatest TV shows of all time. Following the end of the series, Patricia appeared in a few minor and TV roles, such as Miss Warren in the 1974 made-for-TV romantic comedy film “Happy Anniversary And Goodbye” and a fashion narrator in the 1979 romantic comedy-drama western film “The Electric Horseman”, next to Robert Redford and Jane Fonda.

Her last appearance came in 1988 when she landed the guest-starring role of Nancy in the episode “Thinking About Fluffy” of the British sitcom “Me And My Girl” aired on ITV. She then retired from acting, and focused on producing industrial trade shows in New York and New Jersey.

Patricia Blair was married to Martin Stanley Colbert, a land developer; they tied the knot at a ceremony held in Los Angeles, California on 14 February 1965. The couple lived for a time on their 60-foot powerboat named ‘Don Juan’ that was docked at the Playa del Rey Marina in California. After being married for nearly three decades, the two divorced on 4 February 1993; he died in the following year. They had no children. She then lived in her home in North Wildwood, New Jersey where she passed away from breast cancer at the age of 80.