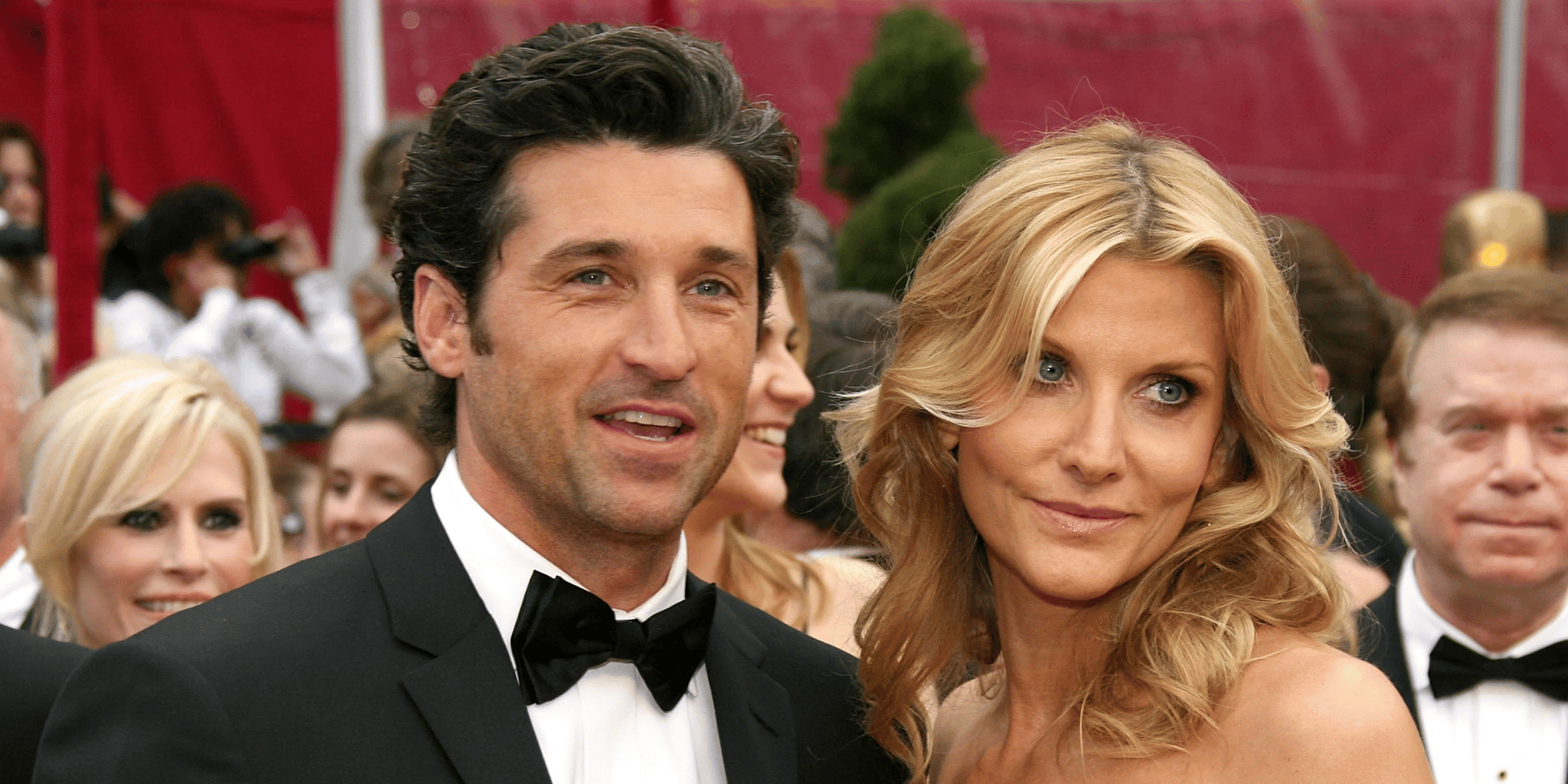 Jillian Fink Dempsey is a famous American-born make-up artist, hair stylist, and entrepreneur, who contributed to the making of the productions “Love Is Like That” (1992) and 1994’s “The Crew,” but is perhaps best-known for being the wife of the “Grey’s Anatomy” protagonist, Patrick Dempsey.

Jillian Fink was born in the USA on 4 February 1966 under the Aquarius zodiac sign, which makes her 56 years old as of early 2022. She was born to Carol Fink who was a teacher, and whom she once acknowledged on her Instagram page captioning her photo ‘It’s a day to celebrate and remember. Thanks, Mom, for being my original style icon. Happy Mother’s Day!’

Her dad, Ron Fink, was a drummer, and was a member of The Rowdies band, which was based in Denton. She was brought up together with her sister, hairstylist and make-up artist Kristen Fink Mason, who is currently her business partner. She also has an elder sister called Angela Fink, who is an editorial fashion stylist and a TV personality. According to sources, Fink went to a local high school before she joined California’s Charles Ross School of Beauty, in which she gained skills on cosmetology and beauty.

After she completed her studies, Fink went to London and Paris to broaden her skills, and launched her career in the early ’90s. At first she was a freelancer, and worked for any client who booked an appointment with her.

As time went by, her talent was noticed and she was contracted for her art skills on the film “Something to Live For: The Alison Gertz Story” in 1992, which earned her fame and recognition. She later worked on the thriller film “The Crew”, then in 2000’s romantic film “Skipped Parts”, and boasts of working on the appearance of Drew Barrymore. She was later selected as a make-up artist in the acclaimed film “Charlie’s Angels”, in which she also played a starring role. In 2006, Fink gained global recognition when she was taken on as Avon Cosmetics brand’s color director, and with the help of Avon, in the year that followed she launched her make-up products. She worked as a make-up artist on the film “Stunt Fighter” (2014) and was praised for her spectacular work.

She also boasts of beautifying Jennifer Lawrence when she appeared in the Spanish Yo Dona magazine. She has done make-up for many other socialites too, including Kirsten Dunst, Kristen Stewart and Leslie Mann. Fink owns a few websites on which she promotes her beauty products, and posts beauty-related articles. She is secretive when it comes to the ingredients of her products, but maintains that she uses organic materials only. According to her, she hopes to bring a change to the beauty and fashion industry by making zero-chemical products that have no dangerous side effects to their users. She also has a YouTube channel, on which she posts videos guiding women on how to apply make-up professionally.

Fink has bagged a few awards in her career, including 2016’s Marie Claire Image Maker and Allure Best of Beauty Award, for her Jillian Dempsey Roadie Hair Pomade.

According to sources, Patrick first met Fink at her Deluxe hair salon, where he’d gone to get a haircut. She revealed to The People that although she was in a relationship at that time, she ‘… was shocked (when Patrick came in for the appointment) but at the same time, I was happy because he was so cute.’ He became a regular customer for around three years, and when Jillian became single, he asked her out for dinner. They soon afterwards developed feelings for each other, and after dating for a few months, they moved in together and eventually tied the knot on 31 July 1999, in a private wedding ceremony held at his father’s Maine farmhouse.

Jillian has welcomed three children with Patrick; their first-born was daughter Tallula Fyffe who in 2002 – Patrick once revealed during an interview that their daughter is very creative and that she likes cooking. They were also blessed with twin sons, Darby Galen and Sullivan Patrick, five years later in 2007. News about Patrick’s and Fink’s divorce circulated on the internet in 2015, after Fink filed for a divorce from her husband citing irreconcilable differences. They had revealed to the public through TMZ that ‘It is with careful consideration and mutual respect that we have decided to end our marriage. Our primary concern remains the well-being of our children, and we ask with profound gratitude that you respect your family’s privacy at this very sensitive time.’

Fink had even bought a posh five-bedroom house for herself and her children in Pacific Palisades. However, she withdrew the divorce petition in September that year, and they started working together to fix their marriage. Since then, the couple has been seen on various celebrity events side-by-side, and it is safe to say that they are now living a relatively happy life together.

Fink has made a name for herself in the beauty and film industry, and has accumulated a decent net worth, which sources reveal as of early 2022 is around $3 million.

On the other hand, her husband is worth approximately $60 million, thanks to his successful career in showbiz industry.

Patrick Dempsey was born in Maine, USA, on 13 January 1966, so is 56 years old as of 2022. He was born to William and Amanda who worked as insurance salesman and school secretary respectively. He attended Buckfield High and St. Dominic Regional High. Patrick has featured in a dozen films and TV shows since making his career debut in the early ‘90s. He is famous for his appearances in 2005’s “Grey’s Anatomy,” in the film “Freedom Writers” of 2007, “Bridget Jones’ Baby” (2016), TV show “Devils”, and many more.

Before marrying Jillian, Patrick was married to the American actress Rochelle Parker (1989-1994), whom he’d met on the sets of the play “Brighton Beach Memoirs” by Neil Simon in 1984, and fallen in love with the widowed mother of three shortly after their first date. When they exchanged vows in 1987, Parker was 47 years old while Dempsey was 21. The duo remained married for around seven years but their relationship eventually declined and Rochelle filed for a divorce citing irreconcilable differences.

She also claimed during an interview with The Sun that Patrick was openly cheating on her, and that he was abusive to her. She said ‘While we were on the set of his (1987) movie “Can’t Buy Me Love,” he beat me up because he claimed he ‘wanted to see what it was like to beat up a woman!’ I now suffer from arthritis in my hand from where the Respondent (Patrick) injured me’ She claimed that the violence had brought her depression, adding that ‘The physical abuse included Respondent breaking my finger when he rushed me to a van and closed the door on my finger.” There’s no record of civil proceedings.