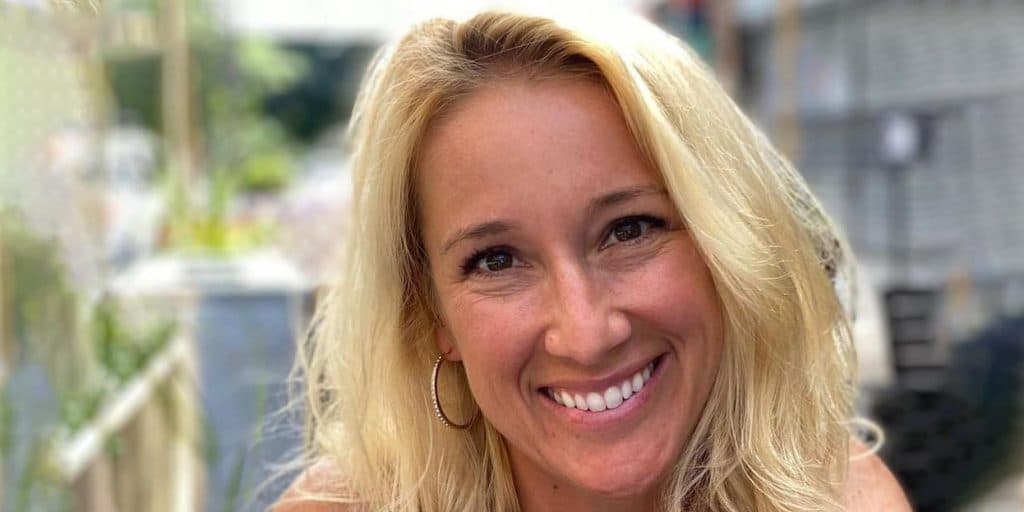 Jennifer is currently an executive producer at Fox News. She gained more popularity after marrying Pete Hegseth, a former member of the Army National Guard, and a contributor to Fox News.

Jennifer Cunningham Rauchet was born on 30 January 1980 in the United States. She is Caucasian and is believed to be a Christian. Nothing is known about her parents and early childhood. She matriculated high school and moved to Maryland to study at Towson University, majoring in broadcasting and journalism, and graduating with a bachelor’s degree.

Jennifer started her career in broadcasting at the WPIX, Inc. agency. She worked here for four years, although her exact position is unknown. In 2006, Jennifer was employed at Fox News, and later became an executive producer at Fox & Friends. After 14 loyal years of work, Jennifer was awarded a promotion and now is the executive producer at Fox Nation Daily Programming and Watters World.

The relationship between Jennifer and Pete started while Pete was married still to his second wife, Samantha Deering.

They had an extramarital affair that became a public scandal in 2017, when Jennifer became pregnant and had their daughter in August of 2017. Samantha filed for divorce a few days after the birth, and Pete and Jennifer went on to marry in 2019. They now parent four children together, including three from Pete’s marriage to Samantha. Jennifer and Pete seem to be in love and doing well, judging from the images Jennifer posts on her Instagram page.

Who is Pete Hegseth?

He matriculated from Forest Lake Area High School in Minnesota ,and graduated from Princeton University with a Bachelor of Arts. During his time in university, he was the publisher of a conservative publication entitled “The Princeton Tory” – his political views started becoming known even at this time.

After graduating, he joined Bear Stearns as a capital markets analyst while also being commissioned into the American Army National Guard. His unit served at Guantánamo Bay, after which he received an Army Commendation Medal for his service.

He then went to Baghdad as an infantry platoon leader, and then to Samarra as a civil-military operations officer. For serving in Iraq, he received the prestigious Bronze Star Medal and another Army Commendation Medal. After taking a short break, he restarted active duty as a captain in the Minnesota Army National Guard in Afghanistan, and received multiple awards for his service there.

When he wasn’t serving, he was working at the Vets for Freedom organization as an executive director. He left in 2012, and formed his own political action committee entitled “MN PAC” in the same year.

His public scandals and investigations started right here, early in his career. An investigation from APM Reports found that he had spent most of the political campaign funds on hosting lavish Christmas parties, which he denied, yet the financial documents proved otherwise. He has also briefly worked at the Concerned Veterans for America advocacy group, where he came under fire for hiring his underqualified brother, and paying him $108,000 for a year. His issues with irresponsible spending have stayed consistently present in his career.

Pete’s political career started gaining traction when he ran for the US Senate seat in Minnesota as the Republican nomination in 2012, but left the race in May, before the primary election. During the 2016 Presidential elections, he publicly stated support for Marco Rubio, followed by Ted Cruz, but finally decided on backing Donald Trump. Since then, he has announced himself as a loyal Trump supporter and frequently criticizes the Democrats.

Pete became a contributor at Fox News in 2014, and his first public scandal happened a year later in June 2015, when he accidentally injured a US Military Academy drummer with an ax on a live TV segment.

The drummer mentioned that the injuries were only minor, and he was seen on a later segment acting as if nothing had happened.

In 2017, Pete hosted an interview with (now former) President Donald Trump, which garnered much criticism, for not challenging Trump’s false claims on the Cassidy-Graham content. A journalist from the Washington Post then wrote an article of all the follow-up questions that should have come after Trump’s claims, which never happened. In 2019, Pete once again came under fire for questionable actions such as convincing Donald Trump to pardon US military service members charged with war crimes, accusing a Muslim member of congress of having a ‘Hamas’ agenda, and criticizing universities for ‘brainwashing’ students about environmentalism instead of ‘real threats’ like Islamic extremism.

In January of 2020, Pete once again expressed support for Donald Trump and his decision to kill the Iranian General, and also encouraged him to bomb the country.

Before Jennifer Rauchet, Pete was married twice,o firstly t Meredith Schwarz, whom he divorced in 2009. He then married Samantha Deering a year later, and they had three children together.

Jennifer is a successful executive producer and reputedly earns $110,000 a year at Fox – her net worth is estimated at over $1 million as of 2022, while that of her husband is around $4 million.

Jennifer is into fitness and works out, keeping her body healthy and looking very young for a woman in her early 40’s. She stands at the height of 5ft 8ins(1.72m) and weighs about 130lbs (59kgs). She had dyed blond hair and brown eyes.

Where is actor Anthony Edwards today? What is he doing now?