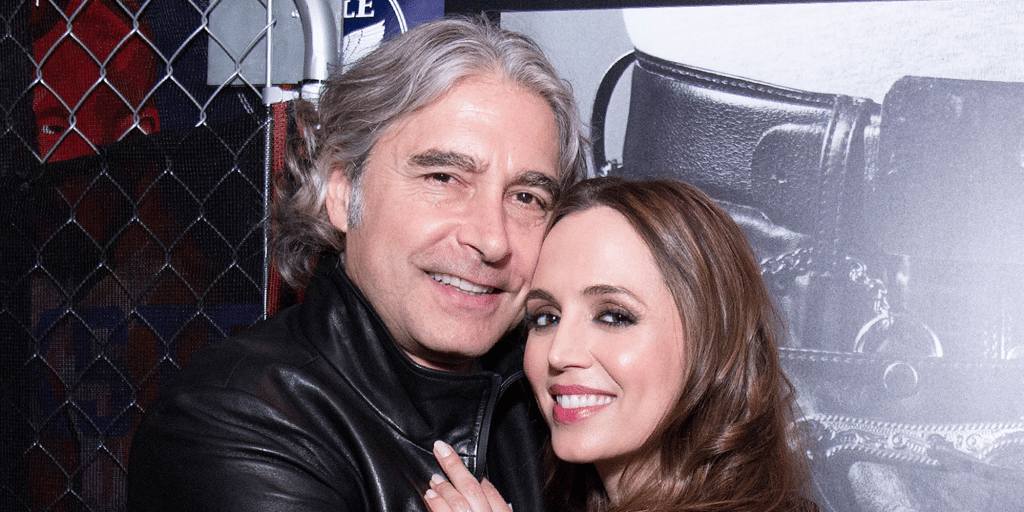 Peter is a former tennis player, a businessman and an entrepreneur, perhaps best recognized as the CEO of Intercontinental Real Estate Corporation. He was born under the Zodiac sign Aquarius on 12 February 1964, in Boston, Massachusetts, USA, of part Armenian descent, As of 2022, he is 58 years old and holds American nationality.

Peter’s father was Petros A. Palandjian, an Armenian immigrant from Iran who founded Intercontinental Real Estate Corporation in 1959; he unfortunately died in 1996 from gastric cancer. His mother is Sheila Kelly Palandjian, and Peter has one sibling, a brother named Paul, who is the Managing Director of Trinity Group Ltd.

When it comes to his education, Peter matriculated from the Philips Academy Andover and enrolled at Harvard University’s Business School, where he launched a varsity tennis career.

Reportedly he was quite successful, and even twice captained the team and competed in the NCAA championships, defeating Pat McEnroe. He graduated in 1986 with a Bachelor of Arts degree in English and American literature.

Given his talent and athletic proficiency, after graduation Peter focused on his career as a professional tennis player, obtaining notable achievements in doubles. He competed in the ATP tour Challenger, winning five titles all in doubles, playing with Bud Shultz, Jeff Klaparda and Luke Jensen. During his brief tennis career, he obtained victories against various known players, including Jay Lapidus, Ricardo Acuna and Mark Dickson, among others. In 1998, Peter competed at the US Pro Tennis Championship with Jim Courier, who later became the world No.1 player.

Despite promising prospects in doubles, Peter didn’t have much success in singles, and in 1989 he officially retired from tennis.

Following his sudden retirement, he found employment as an associate at Bain &Company, the Boston-based management and consulting firm where he stayed for two years.

Peter then began working as an assistant to the CEO at Staples, simultaneously studying to obtain his Master of Business Administration degree at Harvard Business School. Since 1993, he’s been serving as the CEO of the Intercontinental Real Estate Corporation. Initially launched as a construction firm, the company manages real estate investment, and provides services for domestic and foreign clients. Since its founding, the company has owned, managed, and acquired more than $10 billion of real estate assets of all sorts.

While not much is known about his dating history, he was previously married to the designer Marie-Louise Panadjian, with whom he welcomed three daughters and a son: Manon, Petros, Margot and Madelon Palandjian.

According to reports, his daughter Manon is working at her father’s company as a manager, overseeing marketing and communications.

Not much information is available about his ex-wife Marie-Louise, and even though she was married to a billionaire, she has managed to stay away from the public eye. The exact date of Peter and Marie-Louise’s divorce remains a mystery, as does their wedding date.

In 2016, Peter began dating the actress Eliza Dushku, whom he married in August 2018. In February 2019, the couple happily announced that they were expecting their first child, and in August of the same year, Eliza gave birth to a child they named Phillip Bourne Palandjian. In August 2021, they welcomed their second child, Bodan.

Peter is 6ftt 1ins tall (187cm) and weighs around 180lbs (82kgs). His hair is currently medium-length and gray, further adorned with brown eyes.

Boston native Eliza made her movie debut at the age of twelve, portraying the lead role of Alice Bloom in the 1992 coming-of-age drama “That Night”.

The following year, she had a notable part in the biographical film “This Boy’s Life”, sharing the screen with Leonardo DiCaprio and Robert De Niro. Eliza continued building her career, starring in movies such as “True Lies”, “Bye Bye Love”, and “Journey”. In 1998 she landed one of her most notable roles, as Faith in the iconic supernatural drama series “Buffy the Vampire Slayer”, which ran for seven seasons. Given the show’s enormous commercial success and critical acclaim, the show spawned several spin-offs, including “Angel”, in which Eliza reprised her role as Faith.

She kicked off the new millennium with several other roles in movies, such as “Bring It On”, “Soul Survivors”, and “Jay and Silent Bob Strike Back”.

The year 2003 was very successful for Eliza, who starred in the world-known horror movie “Wrong Turn”, and also landed a recurring role in the supernatural drama series “Tru Calling”.

The show ran for two seasons, and was then canceled due to low ratings. Eliza then appeared in a number of movies such as “On Broadway” (2007), “Sex and Breakfast” (2007), and “Alphabet Killer” (2008). In 2009 she was cast as Caroline Farrell in the sci-fi series “Dollhouse”. This show also didn’t attain the success of “Buffy the Vampire Slayer”, and was canceled due to mixed reviews and underwhelmingly low ratings.

Over the years, she appeared in several popular TV series and movies, including “The Big Bang Theory”, “Open Graves”, and “Locked In”. In 2013, she switched from her usual roles and began voicing Jennifer Walters /She-Hulk in the animated series “Hulk and the Agents of S.M.A.S.H.“ and “Ultimate Spider-Man”.

After lending her voice to Lipstick Lesbian in the animated film “Jay & Silent Bob’s Super Groovy Cartoon Movie”, Eliza starred in “The Scribbler” (2014), “Jane Wants a Boyfriend”(2015) and “Eloise”(2016).  Her last roles were in 2017, starring in three episodes of the legal drama “Bull”, and the made-for-TV  action movie “The Saint”, alongside James Remar and Adam Rayner.

Besides her prolific acting career, she has also been a topic of numerous media for various reasons. Eliza is a philanthropist and activist, and over the years, has been involved in several charities, causes, and organizations, including the THRIVE-Gulu organization, which helps survivors of war.

In 2018 she publicly accused the stunt co-ordinator Joel Kramer of sexual assault while they were working on the “True Lies” film in 1993. In 2019, she received a $9.5 million settlement after informing the producers about Michael Weatherly’s inappropriate behavior on the set of the TV series “Bull”.