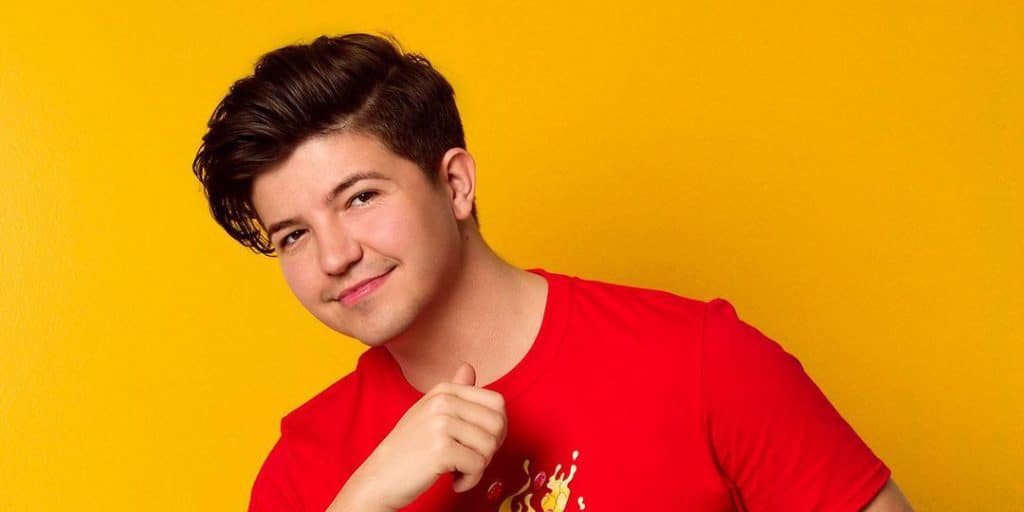 Who is Preston Playz?

Preston Blaine Arsement was born on 4 May 1994 under the zodiac sign of Taurus, in Texas USA. He is a 27-year-old social media sensation and YouTuber, probably best recognized for creating a variety of content including pranks and challenge videos, as well as content related to video games for his two YouTube channels – TBNRFrags and PrestonPlayz.

How rich is he, as of now? Preston Playz Net Worth

As of mid-2021, Preston Playz’s net worth is estimated at over $20 million, earned through his successful Internet-based career, which includes sponsored posts, donations, stream subscriptions, and collaborations with other famous social media personalities and gamers.

He has also increased his wealth through the sales of his line of merchandise. He is one of the highest-paid YouTube personalities in the world.

Preston spent his early years somewhere in Texas, where he was raised by his mother Jaye and step-father David Arsement. His mother remarried when he was only three months old; information about his biological father is unknown. He has two older brothers named David and Daka, who served in the US Navy, and also two younger step-brothers named Caleb and Joshua, and a younger step-sister named Keeley. His adoptive father and siblings play Minecraft, and have their own YouTube channels.

He holds American nationality, belongs to White Caucasian ethnic group, and is a Christian. Regarding his education, Preston attended the Travis Academy of Fine Arts. He grew up playing basketball, baseball and soccer, and had a dream of becoming a professional paintball player.

Preston became an active member of the social media scene when he launched his official YouTube channel under the name ‘TBNRFrags’ on 29 November 2010 – TBNR stands for ‘The Best Never Rest’. His career officially began in November of the following year, when he uploaded his first video entitled “MW3: MOAB #1 FMG9 Akimbo = Dumb”, showing him playing the highly popular video game “Call Of Duty: Modern Warfare 3”.

It attracted a huge number of views, which encouraged him to continue creating similar content related to the “Call Of Duty” games. Recently, he expanded his content and added “Fortnite” and “Among Us” gameplay videos.

So far, he has amassed over 7.3 million subscribers, while his videos have been viewed more than 1.6 billion times in total. Some of his most popular videos include “Little Brother Gets 100K Vbucks if He Wins! (Fortnite Rainbow Dropper)”, “1 Elimination = 7,000 *free* V-Bucks With My Little Brother (Fortnite Battle Royale)”, and “100 Player Simon Says in Among Us!”, among many others.

TBNRFrags was Preston’s main channel before he launched his second official YouTube channel called ‘Preston’ on 4 July 2012, which is now considered his main.

He initially shared gameplay videos – his oldest video entitled “BUT WHY!? – Castle Crashers: Part 1 – w/Kenny”, dates back to February 2014. He later started adding vlogs and more comedy content, which includes various challenges and prank; as of late-2021, he’s garnered nearly 18 million subscribers and over 5.7 billion views in total. Some of his videos that have been viewed over 40 million views are “5 WAYS TO PRANK YOUR LITTLE BROTHER’S MINECRAFT HOUSE!”, “Eating Only ONE Color of Food for 24 Hours! (Rainbow Food Challenge)”, and “I Said Yes to My Little Brother For 24 Hours”, among others.

In March 2018, Preston created his channel for “Minecraft” under the name ‘PrestonMinecraft’, which was later changed to ‘PrestonPlayz’. He usually uploads Minecraft Pocket Edition videos as well as Java Edition videos on the channel. He now attracted more than 11 million subscribers and 3.5 billion views, while his most popular videos are “7 Ways to Steal Noob1234’s Diamonds! – Minecraft”, “TRAPPED IN MINECRAFT PYRAMID PRISON! *WIFE IS SCARED*”, and “5 Ways to Prank PrestonPlayz Minecraft House”.

Apart from running his main channels TBNRFrags and PrestonPlayz, he also had five more channels on YouTube. He runs a channel dedicated to “Roblox” called ‘PrestonGamez’, formerly known as ‘PrestonRoblox’, with over 3.3 million subscribers and more than 600 million views.

His most viewed video on the channel is “HOW TO BE the STRONGEST ROBLOX PLAYER! (Weight Lifting Simulator with my Little Sister!)”.

Other Social Media Platforms and Merch

In addition to his career on YouTube, Preston expanded his influence across other social media platforms, which he uses to promote his YouTube videos and other projects.

Recently, he launched his own line of merchandise named “Fire Merch”, which includes hoodies, t-shirts, pants, shorts, hats, toys and other items.

Preston Playz became romantically involved with YouTube star Paige, known for her channel turnthepaige, in April 2016, but after dating for almost a year, the couple called it quits in February 2017, although remaining on good terms. He went on to date Brianna Barnhart in the same year, who is also a YouTube personality, running a channel called Brianna. They became engaged in October 2017, and eventually exchanged their wedding vows at a ceremony held in May 2018. Their current residence is in Dallas, Texas.