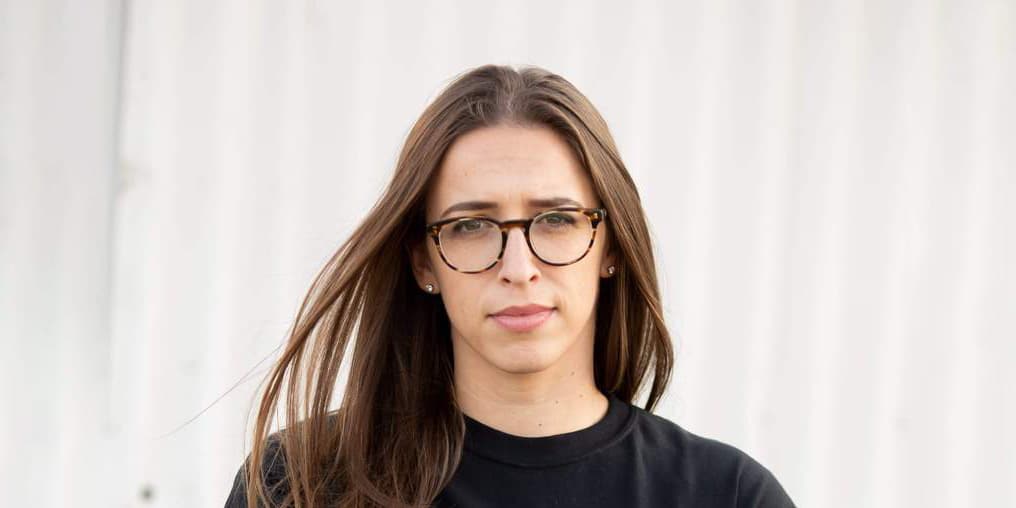 Rachel Ballinger: break-up with Matt, and came out as Gay

Who is Rachel Ballinger?

Rachel Ballinger was born in Santa Barbara, California USA, on 5 April 1991 – her zodiac sign is Gemini, and she holds American nationality. She’s a YouTuber and a social media star, who’s probably known best for her self-titled YouTube channel which she launched on 26 September 2006; it’s today subscribed to by close to three million people, and numbers over 750 million views of all her videos combined. Rachel is mostly focused on uploading comedy content, and the majority of her videos feature her pulling pranks, doing challenges and telling jokes.

Rachel was raised in Santa Barbara alongside her three older siblings – Colleen, Christopher and Trent – by their mother Gwen Ballinger who’s a housewife, and their father Tim Ballinger who is a sales manager. Rachel’s sister Colleen is a YouTuber and an actress, while her brothers are both social media stars.

Rachel became interested in comedy while attending a local elementary school, and enjoyed making her friends laugh by telling jokes and fooling around; she was a member of the school’s drama club, and appeared in various plays performed there. Rachel got the idea of launching a YouTube channel upon enrolling at a local high school in Santa Barbara in 2005, and her closest friends encouraged and helped her create and upload her first videos.

She matriculated in 2009, and although she hasn’t spoken of her further education, it’s widely believed that she attended college, from which she graduated with a Bachelor of Arts degree in 2013.

Rachel is mostly popular on YouTube for her sense of humor, but also for being open when it comes to sharing the details of her everyday life with her fans. It’s also said that she likes to chat with her fans and answer their question, and we’re going to mention three of Rachel’s most popular YouTube videos, which have helped her gain many subscribers.

Her #1 video – “Trying (terrible) Hot Glue Gun Hacks! W/ JoJo!” – has been viewed over 13 million times since 17 July 2018, and features Rachel and her friend JoJo as they’re crafting items with the help of a hot glue gun.

Her second most popular video is “Trying Kids’ Bathtub Toys!!!”, watched over 13 million times since 20 March 2018, and features Rachel playing in the tub with kids’ toys.

Her third most popular video – “Science Experiments W/ JoJo & Rebecca!” – has been viewed close to eight million times since 16 June 2016, and features Rachel and her friends JoJo and Rebecca, as they’re conducting science experiments.

Rachel seems to be mostly focused on running her Instagram account, which is today followed by over a million people, while she’s uploaded more than 1,200 pictures onto the network, mostly taken during her everyday life, and reveal a lot about Rachel. She’s a huge lover of animals, and her two pet dogs can be seen featured in some of her pictures; she has also featured various other animals, including iguanas and cats.

Some of the other things which have been revealed in Rachel’s pictures include that she’s a huge fan of tattoos, enjoys spending her spare time outdoors, and her favorite season is summer, as she likes to sun tan at the beach, and play beach sports.

She launched her Twitter account in January 2012, and it’s today followed by more than 500,000 people, while she’s tweeted close to 10,000 times, mostly to announce the upload of her new YouTube videos, but also to share her opinion on various matters.

She has a Facebook page as well, and it’s today followed by close to 25,000 people, although her most recent update was on 22 April 2020.

Rachel is a TikTok star, and her account is today followed by close to two million people, while she’s amassed more than 30 million likes of all her videos combined; most of these feature her spending time at home, doing challenges and pulling pranks on her girlfriend.

Her and Matt’s break-up

Until September 2020, Rachel was in a long-term relationship with the non-celebrity American man Matt, whose last name hasn’t been revealed; the two lived together in Rachel’s house, and had two pet dogs, which have stayed with Rachel. She hasn’t revealed the reason why they broke up, but in December 2020 she uploaded a video onto her YouTube channel, claiming that Matt was still using her credit card to buy gas and groceries.

She went on to announce that she’s actually lesbian, and is today in a relationship with a girl who can be seen featured in many of her Instagram pictures and YouTube videos; she hasn’t revealed the girl’s name or profession, as she prefers to keep her ‘safe’ from her fans.

As of November 2021, Rachel is in a relationship with a mysterious girl, hasn’t married and doesn’t have children.

Rachel loves being close to bodies of water, whether if it’s the ocean, rivers or lakes.

She’s physically highly active and plays various sports. Rachel is an avid snowboarder who can also ski, while she’s also into playing soccer and tennis; she apparently has multiple training sessions at the gym every week, thus her slim figure.

Rachel is into travelling, and has visited a couple of US states, as well as several European countries, including Portugal, Spain and England.

Late at night, she likes to watch movies starring her favorite actresses, Scarlett Johansson and Emma Watson, such as “Lost in Translation”, “The Perks of Being a Wallflower” and the franchise “Harry Potter”. Rachel is also a fan of animated movies, with her favorites being the franchise “Toy Story” and “Rango”.

She likes to listen to pop and rap music, and a couple of her favorite performers are Lady Gaga, Eminem and Kanye West.