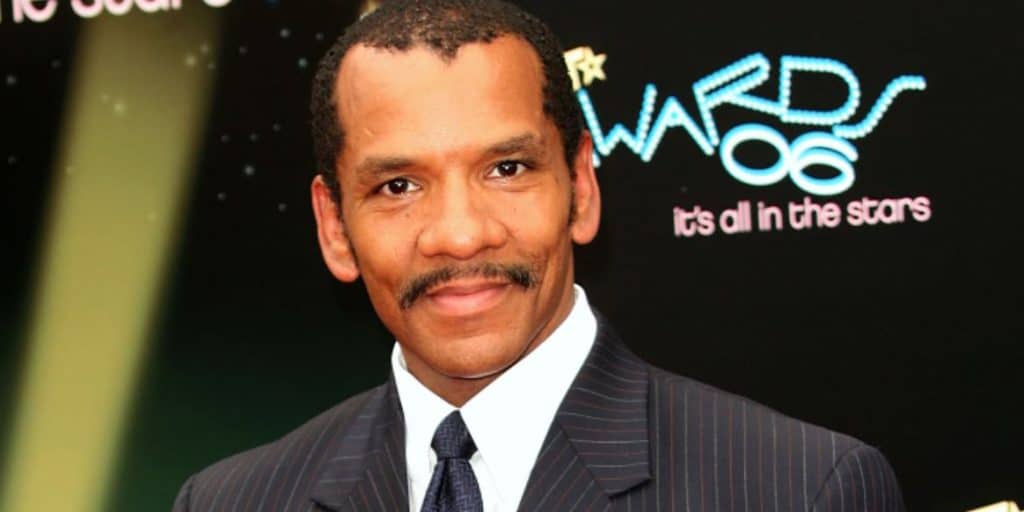 Who is Ralph Carter?

An actor and singer, Ralph David Carter was born under the zodiac sign of Gemini on 30 May 1961, in New York City, USA; he holds American nationality and his ethnicity is African-American. He rose to prominence after his portrayal of Michael Evans in the series “Good Times”, starring alongside BernNadette Stanis and Ja’net DuBois, which brought him the TV Land Impact Award, which he shared with the rest of the crew.

There is not much information regarding Ralph’s childhood, except that he was raised in New York City by his parents, and from the age of nine began acting on Broadway. He made his debut in the musical “The Me Nobody Knows”, followed by roles in “Tough To Get Help”, “Dude” and “Via Galactica”, before he was cast to play Travis Younger in “Raisin”, the musical adaptation of Lorraine Hansberry’s play “A Raisin in the Sun”, the a story about an African-American family living in Chicago in the early ’50s.

His portrayal of Travis Younger brought Ralph the Drama Desk Award Most Promising Performer in 1973, and a Theatre World Award plus a nomination for the Tony Award-Best Supporting or Featured Actor in a Musical in 1974.

Ralph hasn’t disclosed information about his education, nor his parents and any siblings; he prefers to keep his life a secret, and since he withdrew from the public life back in the ’80s, it’s hard to discover his life path. It’s assumed that he attended a local high school, and matriculated in 1978, but it seems unlikely that he then went to college, considering his already blooming acting career.

After his roles in musicals, Ralph was cast to play his most notable role as Michael Evans in the comedy drama “Good Times”, which follows the story about a poor family doing their best in the Chicago housing projects, trying to move and have a better life. The series broadcast over 130 episodes from 1974 until 1979, while it had seven award nominations, and won one.

In 1987, Ralph made an appearance in the TV short movie “Donny’s House”, starring alongside Paul Harris and Edwene Bey in this family drama written by Judi Ann Mason, and directed by Michael Albanese; this was Ralph’s last screen role before he retired from acting.

Speaking about his theatre career, in 2005, he was cast to play in the musical “Ain’t Supposed to Die a Natural Death”, written by Melvin Van Peebles, performed in the Classical Theatre of Harlem, a company founded to give an opportunity to African-American people and other marginalized groups for acting, producing and directing in theatre.

Besides acting, he launched his musical career by releasing his debut album “Young and in Love” in 1975. He participated in the American musical variety show “Soul Train”, performing his song “When You’re Young and in Love”, which was charted on 10th place.  Ralph’s song entitled “Extra, Extra (Read All About It)” was charted in 12th place in 1975, but it was then a decade later that he released the single “Get it Right”.

There have been various rumors both concerning Ralph’s love life and his sexual orientation, some rumors were saying that he’s gay, but that he was hiding this fact from the public. He hasn’t spoken about these assumptions, but it’s widely known that he’s been married twice.

His first wife was Lisa Parks – they met back in 1982 at a Christmas party, and she was his best friend’s sister. The two married in 1987, and Lisa gave birth to their son Michael on 10 March 1988, and their second son James on 8 September 1989. The marriage lasted for five years until they divorced in 1992.

In the following years, he met his future wife, River York, and after a few months of dating, Ralph proposed to her on 2 December 1994.

The wedding was held on 20 December 1994, and in the following year, they became parents when River gave birth to their first child, a son named Phoenix on 15 September 1995, and then their first daughter Jessica, on 23 April 1997; two years later, their second daughter Vivica was born on 5 July 1999.

As of January 2022, Ralph and River are still married and apparently living a happy life in their residence in New York City.

Although Ralph withdrew from acting, during following years he made appearances in various television shows and documentaries about “Good Times”; his most recent appearances were in 2016 in Steve Harvey’s show “Where Are They Now”, and in 2019, he was a guest in the series “Here and Now”.

Ralph has no social media network accounts, but there are some videos on YouTube featuring him in an interview with various journalists – he once shared with the public that he’s the Vice-President of the Audience Development Committee Incorporation (AUDELCO), an organization that honors African-American actors in the theatre; the founder of this organization is the late actress, Vivian Robinson.

However, we have good news for his fans – Ralph has been cast to play Pastor Evans in the crime drama “Chaaw” – the abbreviation of the words ‘China, Hector, Africa, Ardnas, Wesley” – starring Jimmie Walker, Richard Lawson and Biz Markie.

The movie is written and directed by Eric Orr, and follows the story of victims of injustice in the US.  It’s now in post-production, and scheduled for release on 27 May 2022.

As of January 2022, his net worth has been estimated at over $1 million.