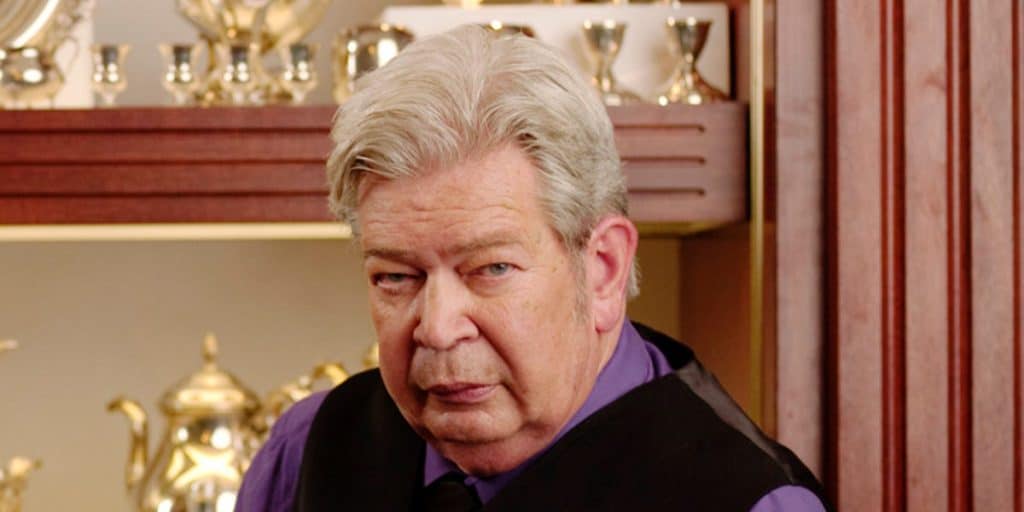 People who enjoy watching the History channel have probably seen at least one episode of the critically acclaimed reality comedy show “Pawn Stars”, which followed the late businessman Richard Benjamin Harrison Jr. and his son Rick as they were running their own pawn store Gold & Silver Pawn Shop. Richard had attracted the audience with his vast knowledge of history, and his ability to evaluate the things that people brought into their store – essentially the store is a conduit for buying and selling mostly unusual items, as depicted in the show

Who was Richard Benjamin Harrison Jr.?

Richard ‘The Old Man’ was born in Danville, Virginia on 4 March 1941 – his zodiac sign was Pisces, he held American nationality and was of Irish descent. Richard’s grandson Corey has claimed that the family are related to former US presidents Benjamin Harrison and William Henry Harrison, but Richard wasn’t convinced.

He was raised in Lexington, North Carolina by his father Richard Harrison Sr. and mother Ruth Harrison, and because he didn’t speak of having any siblings, most people believe that Richard was an only child. The family moved to Lexington when he was a year old, and lived at 115 Peacock Avenue. They were very poor then, and wanting to help his family, Richard started driving a school bus when he was only 14 years old; he would park it close to his home every night, and would get up early each morning to pick up children and drive them to school. Richard was paid $5 or $6 a week.

He attended Lexington High School, but upon matriculating in 1959 didn’t enroll at college.

In 1958, Richard fell in love at a barn dance, after having met Joanne Rhue, daughter of the county judge Joseph Rhue, who eventually became one of the main lawyers for the tobacco corporation Philip Morris.

After having been together for two years, Richard asked Joseph for his daughter’s hand, and they were married in a large ceremony, attended by many of their friends and family members.

In the same year that Richard met Joanne, he stole a car and the judge, gave him the option of joining the military or going to prison. He joined the US Navy in October 1958, occasionally travelling home to be with his girlfriend. Joanne became pregnant not long after the wedding, and their daughter Sherry was born with Downs syndrome; Joanne subsequently gave birth to their three sons Chris, Rick and Joseph.

Richard quit Navy in February 1962, but because of the cost of his daughter’s medical treatments, he re-enlisted after only a year, because of the health care benefits provided by the Navy. Despite the doctors’ best effort, Sherry died when she was six years old.

Nevertheless, Richard remained in the Navy and went on to serve for 20 years, reaching the rank of Petty Officer First Class, and working as a paymaster. He was transferred to San Diego, California in 1967, where Joanne became a real estate agent in 1970, and then opened her own office three years later. Between 1972 and 1976, Richard was on the fleet tug USS Chowanoc (ATF-100), one of the four ships on which he served.

He then started working at his wife’s office, but they closed it in 1981 after Richard had lost around $1 million because of their real estate business.

Richard’s career as a businessman

So in April 1981, Richard had only $5,000 left. The family moved to Las Vegas, Nevada, and Richard and Rick opened Gold & Silver Coin Shop at 1501 Las Vegas Boulevard. They remained there for five years prior to moving the business to 413 Fremont Street, where they stayed for only two years because the father and son had lost their lease.

Richard obtained a license to purchase and sell secondhand goods in 1987, and two years later, they opened the World Famous Gold & Silver Pawn Shop at 713 Vegas Boulevard South, the store which made them popular all around the US. People mostly came to Gold & Silver to buy or sell jewelry, and after more than 20 years, Richard and Rick had an inventory of more than 12,000 items, around 5,000 of which were held on pawn. Richard didn’t skip a day of work between 1994 and 2010, and even if he didn’t appear in an episode of their reality show, he was still the one who opened the store early in the morning, but left before the episode was filmed.

Richard starred in “Pawn Stars” until his death, alongside his son Rick, grandson Corey, and Corey’s friend Austin ‘Chumlee’ Russell.

People soon got to think of Richard as a grumpy old man, to which he simply said that that was his role in the show. In only the first two months of its airing, “Pawn Stars” became the most-watched show on the History channel, and was also the highest-rated, while it was the second highest-rated reality show on all channels (with “Jersey Shore” having been first).

The show focuses on the people who bring in unusual, unique or antique items to the store, and when Richard and Rick can’t determine its value, they call in an expert in that field, who gives his/her opinion on the item to both the customer and Richard or Rick. “Pawn Stars” also followed the relationship between Richard, Rick, Corey, and Chumlee who could often have been seen arguing about how to run the store.

After the show had made their store a tourist attraction, and more people started coming in, they hired over 30 new employees and over time expanded their showroom from 300m2 to 15,000m2. Richard had also allowed the build of a gym above the store for employees, and they also started selling their own brand merchandise.

The show has been nominated for seven awards, winning four.

The Clark County Commission decided that 17 July 2012 would be ‘Pawn Stars/Gold & Silver Pawn Day’ – at the meeting, Richard donated $1,000 to the Clark County Museum. He also lent the US Senate a chair which was used by Senator Patrick McCarran, who represented Nevada between 1933 and 1954.

Richard was invited to appear in numerous other shows, but preferred not to, which was why he could only have been seen in four other TV series and specials. In 2010, he was featured in the episode “Hopalong Rick” of the reality show “American Restoration”, and Richard also appeared in the TV special “The 2011 American Country Awards”.

We saw him guest star in the 2014 episode “Electric Ride” of the reality show “Counting Cars”, and the 2016 episode “Embellished Weapons” of the show “Midway USA’s Gun Stories”.

In May 2012, Richard and Rick were sued by the Vietnam veteran Daniel Callahan, who claimed that the two didn’t have proper security at the store, which was why he was dragged out of it and tossed into the street. Richard claimed that it all happened after they’d got into a heated argument over a rifle that he’d purchased from them, and asked for $20,000 for his injuries.

In the same year, Richard and his shop were sued by the Las Vegas promoter Wayne F. Jefferies, who claimed that he had helped them launch their show on History, and was fired after it had become popular; case dismissed!

Richard became passionate about cars while he was still a teenager, and started collecting them after he had bought his first through his pawn shop. His personal favorite was his 1966 Imperial Crown – it took Richard 15 years to persuade its former owner to sell it. He owned a 1957 Chevy 150, which was given to him as a gift by the stars of the reality shows “American Pickers”, “Counting Cars” and “American Restoration”. He also owned a mid-1960s B&Z Electra-King electric car, which he believed could have been turned into a golf cart.

In the show “Pawn Stars”, Richard could mostly have been seen driving his 1962 Cadillac DeVille, while a couple of the other cars which he owned included a 1963 Chrysler Imperial Four-Door, a 1937 Oldsmobile Six, and a 1955 Ford F-100 Pick-Up.

RIP- Richard Benjamin Harrison (known as ‘The Old Man’ to Pawn Stars fans the world over) passed away this morning, aged…

Richard passed away on 25 June 2018, aged 77, after having struggled with Parkinson’s disease, survived by his wife, three sons, 10 grandkids and five great-grandkids. Richard left his estate and business to his son Rick, while he intentionally left his youngest son Christopher Keith Harrison out of his will, part of which read ‘”I would like to express my love and affection for Christopher Keith Harrison; however, for purposes of this Will, I have intentionally and with full knowledge failed to provide for him and his issue’.

Following Richard’s death, the commemorative episode “A Treasure Remembered” of “Pawn Stars” was shot, and premiered on 27 June 2018.

Richard Kevin ‘Rick’ Harrison was born in Lexington on 22 March 1965 – his zodiac sign is Aries, and he holds American nationality.

He spent only the first two years of his life in Lexington, as his father was then transferred to San Diego, and the family followed him there. Rick began having epileptic seizures when he was eight years old, and fell in love with reading mostly because he had to spend a lot of his time confined to bed. Rick’s favorite was the series of books “The Great Brain” by John D. Fitzgerald, which follows a 10-year-old con artist from Utah who’s great at coming up with money-making schemes.

He studied at Taft Middle School, but dropped out aged 16 after his family moved to Las Vegas. At around the same time, Rick started dating Kim, and she became pregnant not long after, but suffered a miscarriage. The two still chose to marry, and on 27 April 1983, Kim gave birth to their son Corey, and to their son Adam two years later. Not long after Adam was born, Kim and Rick separated.

He met his second future wife Tracy on a blind date; the two dated for half a year prior to moving in together, and eight months later they exchanged vows in a private ceremony. They have a son together, named Jake.

At that time, Rick made around $2,000 a week by selling fake Gucci bags, stopping after he and his father opened World Famous Gold & Silver Pawn Shop.

His son Adam spent some time working at their pawn shop, but eventually quit and became a plumber. In 2012, after having divorced his wife, Rick revealed that he was engaged to Deanna Burditt, who also had two failed marriages behind her. Rick and Deanna married on 21 June 2013 in Laguna Beach, California.

Rick is interested in politics – he supported Donald Trump in both the 2016 and 2020 presidential elections, and has hinted that he might run for governor of Nevada in 2022.