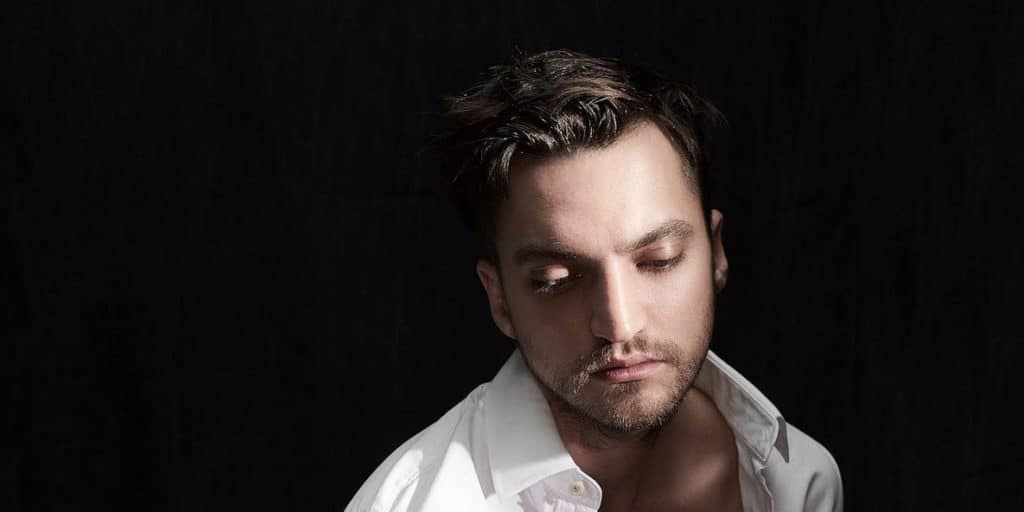 Who is Richard Harmon?

Richard Scott Harmon was born on 18 August 1991 under the zodiac sign of Scorpio, in Mississauga, Ontario, Canada. He is a 30-year-old actor and producer, probably best recognized for landing the role of Jasper Ames in the AMC crime drama series “The Killing” (2011-2012), playing Julian Randol in the Showcase sci-fi series “Continuum” (2012-2015), and featuring as John Murphy in The CW’s post-apocalyptic sci-fi drama series “The 100” (2014-2020).

How rich is he, as of now? Richard Harmon Net Worth

As of late-2021, Richard Harmon’s net worth is estimated at over $3 million, earned through his successful career in the entertainment industry, working on more than 60 television and film titles since he launched his career back in 2003.

Richard Harmon spent his early years in his hometown of Mississauga, where he was raised by his father, Alan Harmon, who’s a director and producer, and his mother, Cynde Harmon, who is also a producer; he has an elder sister named Jessica Harmon, also an actress, known for her work on “Battlestar Galactica: The Face Of The Enemy”, “iZombie”, and “The 100”. He holds Canadian nationality and belongs to White Caucasian ethnic group. Richard hasn’t shared any details regarding his educational background.

Richard Harmon started pursuing his professional acting career in 2003, when he made his debut as Madison in an episode of the Showtime post-apocalyptic action-drama series “Jeremiah”, which was followed by his appearances in such supporting roles as Timmy in the ABC Family comedy film “School Of Life”, next to Ryan Reynolds, and Squeak in the Sci-Fi Channel drama film “Painkiller Jane”, both in 2005.

Two years later, he made his feature film debut in the role of a vampire kid in the cult anthology horror comedy film “Trick ‘r Treat”, written and directed by Michael Dougherty, and played Kyle in the Lifetime drama film “To Be Fat Like Me”, alongside Kaley Cuoco.

Richard Harmon landed his breakthrough role when he was chosen to play Prototype in the sci-fi action-adventure miniseries “Riese: Kingdom Falling”, which lasted from 2009 to 2010 on the Syfy channel. He then featured as a smart-ass kid in Chris Columbus’ 2010 action fantasy film “Percy Jackson & The Olympians: The Lightning Thief”, which is the first installment of the “Percy Jackson” film series. It was a huge commercial success, grossing over $226 million on a $95 million budget.

He then was cast in the recurring role of Ray in the short-lived Cartoon Network live-action series “Tower Prep”, created by Paul Dini, also in 2010. In the next year, Richard took the roles of Danny Reyes Jr. in the drama film “Judas Kiss”, alongside Charlie David and Sean Paul Lockhart, and Bobby/Caleb in the two episodes of the Hub Network anthology horror-fantasy series “R.L. Stine’s The Haunting Hour: The Series”, which earned him Leo Award for Best Performance in a Youth or Children’s Program or Series.

From 2011 to 2012, Richard Harmon had the part of Jasper Ames in the first two seasons of the AMC crime drama series “The Killing”.

It was followed by his portrayals of Clay in the horror film “Rufus”, along with David James Elliott and Kelly Rowan, and Alex Wright in the supernatural horror film “Grave Encounters 2”, which was written by The Vicious Brothers and directed by John Poliquin, both released in 2012. Later that year, he played Andrew Breen in the Hallmark Channel romantic film “The Wishing Tree”. Thereafter, his next major role came when he joined the main cast of the Showcase sci-fi series “Continuum”, in which he landed the role of Julian Randol for four seasons from 2012 to 2015, for which he won a Leo Award in the category of Best Supporting Performance by a Male in a Dramatic Series.

While filming “Continuum”, he continued to work on other projects – in 2013, he booked such roles as Michael Konner in the horror-thriller film “Evangeline” and Alex Taylor in the sports family drama film “If I Had Wings”, which he also produced. He then played Richard Sylmore in the A&E psychological horror drama series “Bates Motel” (2013-2014) and portrayed Tim Ratchet in the Syfy disaster film “Christmas Icetastrophe” (2014).

Richard Harmon’s most prominent role to date came in the same year, when he was selected to play John Murphy in the American post-apocalyptic sci-fi drama series “The 100”, which aired on The CW from 2014 until its finale in 2020.

Based on Kass Morgan’s novel of the same title, and developed by Jason Rothenberg, the series follows a group of post-apocalyptic survivors. For his performance, Richard won a Leo Award for Best Supporting Performance by a Male in a Dramatic Series, but also gained him enormous popularity and led him to win roles in more films and TV series of high production.

In 2015, he shared the screen with Blake Lively and Kathy Baker in the romantic fantasy film “The Age Of Adaline”, in which he starred in the role of Tony. It was a modest commercial success with over $65 million grossed worldwide on a $25 million budget. In the same year, he played Seth Durand in the made-for-TV thriller film “A Mother’s Instinct”, directed by Jason Bourque.

Not only has Richard Harmon appeared on The 100, but also Continuum and The Killing! His next appearance? #DragonCon2017!

It was followed by his portrayals of Kirk Lane in the supernatural mystery thriller film “I Still See You”, opposite Bella Thorne, and Jake in the thriller film “Woodland”, both in 2018; he also served as executive producer for the latter.

In 2019, Richard Harmon played Rick in the horror film “Puppet Killer” and then took the supporting role of Max Borman in the Syfy fantasy horror drama series “Van Helsing”. Afterwards, he was cast as Adam Witver in the thriller film “Darkness Falls”, next to Shawn Ashmore and Gary Cole, and portrayed Rodger Emmerlich in the sci-fi horror film “The Return”, both in 2020. Most recently, he took the role of Kale in the family comedy film “A Cinderella Story: Starstruck” (2021).

Speaking about his upcoming projects, it’s announced that he will appear in the horror-thriller film “Margaux” and the comedy TV series “Fakes”.

Richard Harmon has short dark brown hair and blue eyes. He stands at a height of 5ft 9ins (1.75m), while his weight is around 150lbs (68kgs). Information about his vital statistics, biceps size, and shoe size isn’t available.

Richard Harmon sparked rumors about his sexuality mostly because he portrayed a gay character; however, it’s known that he is straight.

From 2015 to 2016, he was romantically involved with actress Ciara Hanna, then following their split, he went on to date his “The 100” co-star Rhiannon Fish, and the couple is still going strong.

In his spare time, Richard enjoys hanging out with his friends and listening to music. He is a huge fan of The Rolling Stones and Bob Dylan.

He’s a fan of American Football, and his favorite team is the Notre Dame Fighting Irish.

He’s also an LGBT supporter and considers himself a pro-feminist.