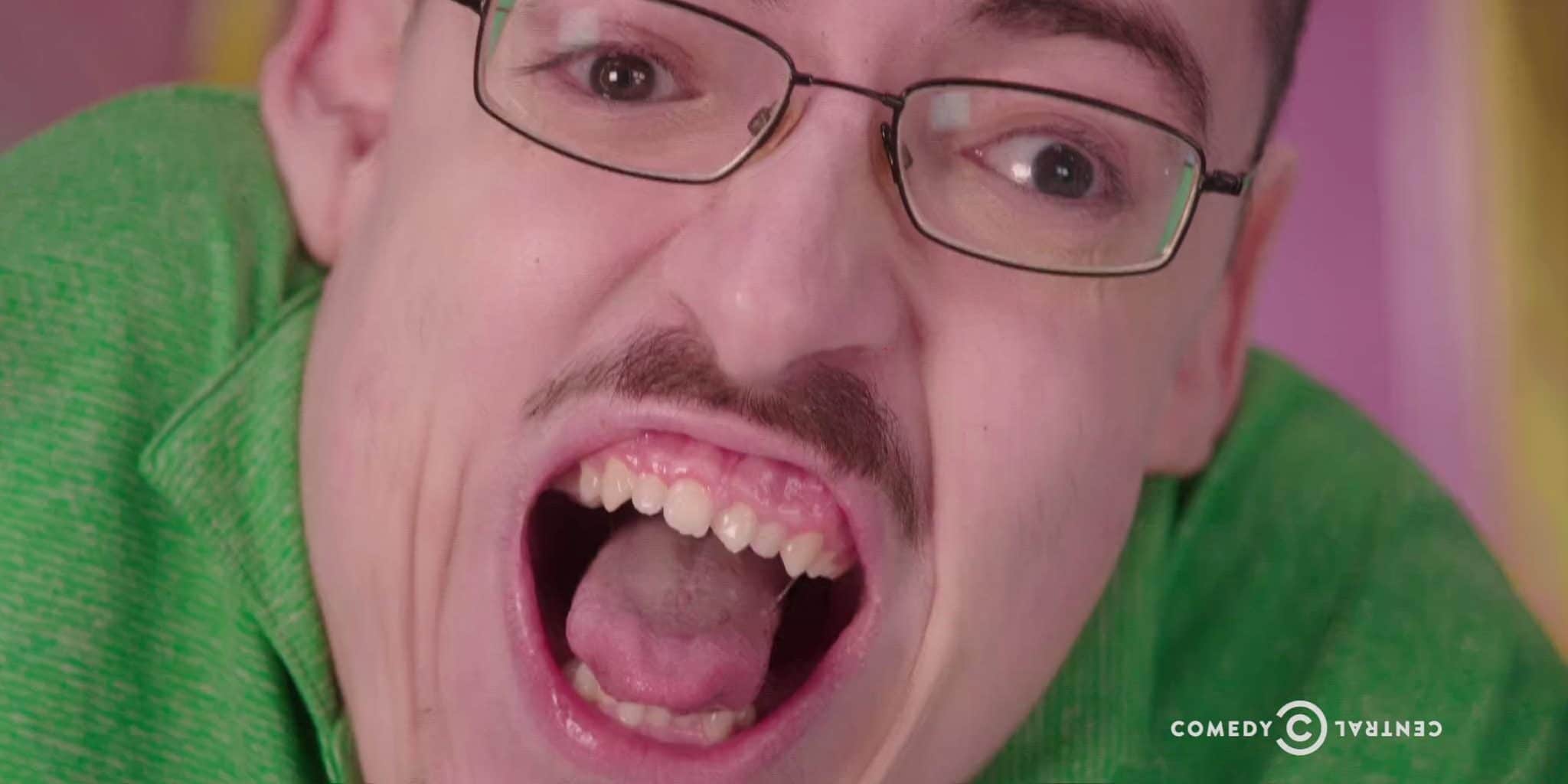 Who is Ricky Berwick?

Ricky Berwick was born in Kitchener, Ontario, Canada, on 23 April 1992 – his zodiac sign is Taurus, and he holds Canadian nationality. He’s a YouTuber and a social media star, perhaps known best for his comedic videos and social rants.

Ricky grew up in Kitchener, brought up by his mother, Barbara, and father, Devon. He was born with a physical disability which limits his movement, so he took to Internet at a young age, due to his inability to participate in many typical outdoors activities.

Although he’s now a social media sensation, nothing is known about his private life, or educational background.

Career and rise to fame

Ricky started making YouTube videos in 2007, uploading them onto his channel called Dog264sVideos.

He didn’t attract a large audience initially, so he took a break from creating content, and hasn’t uploaded anything for more than nine years.

In August 2016, he posted a video on Twitter of him yelling while eating McDonalds’s French fries, which went viral in a matter of days. The video was then re-uploaded to Facebook, where it received millions of views and likes. This newfound fame prompted Ricky to keep making videos, and take another shot at social media. He rebranded his YouTube channel to Ricky Berwick, and started uploading videos regularly, soon becoming known for his witty and unusual responses and pop culture parodies.

Ricky made his first TV appearance in 2017, as a guest on Comedy Central’s show “Tosh.0”, being interviewed for their “Celebrity Profile” segment.

He also collaborated with other YouTubers, such as Keem Star and iDubbbzTV.

In April 2018, his channel hit the one million subscribers milestone, while his videos attracted more than 100 million total views. His most viewed video is “I’M A DAD”, which has been watched more than 45 million times since it was uploaded in May 2019. Some of his other popular videos on YouTube include “GROCERY SHOPPING”, “I’M BEING CHASED”, and “RIDE ME”, which have all been viewed more than 15 million times. As of October 2021, Ricky’s YouTube channel numbers more than three million subscribers, and over 1.1 billion total views.

In 2020, Ricky partnered with the DXRacer company, known for making computer chairs for gaming; as the result of the deal, they sold more than 1,000 chairs.

More recently, he collaborated with the company META PC, focused on building gaming PCs from components chosen by their customers. In collaboration with the digital artist Pope Arts, he has released a custom XBOX Series S controller, which is sold through the Trezn website.

As Ricky’s videos started reaching a wider audience on social media, his grotesque style of humor sparked controversy among some viewers. Ricky’s critics claim that he’s ‘weaponizing his own disability’ for clicks, and that his videos portray disability as something inherently funny. While Ricky has admitted that he portrays an exaggerated persona online, and that he’s a softly spoken person with a dry sense of humor in real life, he still takes pride in his online content.

He was bullied growing up, and chose to own up to his ‘weirdness’ by making funny videos about himself, appositive attitude, don’t you think?

Earlier this year, he had a minor feud with the content creator group Game Grumps. In a tweet he posted in March, he claimed that he wasn’t allowed to visit Game Grumps headquarters in Los Angeles, because one of the members apparently thought that he was ‘disgusting and gross’. While his fans quickly came to his defense, nobody from Game Grumps has commented.

Over the years, Ricky has attracted a large following on several major social media platforms.

On Instagram, his account ‘@rickyberwick’ numbers more than 810,000 followers, with over 3,000 posts, while his bio reads ‘Your not so normal video entertainer’.

He launched his TikTok account ‘@therickyberwick’ in 2019, which now numbers over 10 million followers, while his videos have amassed more than 170 million likes.

One of the sites he initially gained recognition through is Facebook, so it comes as no wonder that he has a large fanbase on there, with his fan page numbering more that 1.7 million likes.

Furthermore, Ricky is followed by more than 400,000 people on Twitter. He’s been consistently active on the platform since 2016, having tweeted over 80,000 times.

He also has a personal website through which he sells his merchandise, including hoodies and T-shirts with illustrated quotes from some of his most viral videos.

Although Ricky often posts videos on Twitter and YouTube with captions such as “ME AND MY GIRFRIEND” or “Making Out With My Gf”, these are always humorous in nature, and he hasn’t specifically talked about his love life on social media.

Ricky currently appears to be single, hasn’t been married or engaged, and doesn’t have children.

In his videos, Ricky often talks about McDonald’s and Reese’s, gushing over their products ,although he’s never been officially affiliated with either companies.

The famous rapper Tyler, the Creator once retweeted Ricky’s infamous video of him eating a cookie he had been hiding behind his ear while smiling to the camera, only to delete it instantly.

He has a passion for animation, and has been seen working with several notable animators.

He plays video games in his spare time, with some of his favorites being “God of War”, “Call of Duty: Black Ops” and “Grand Theft Auto: San Andreas”.

Ricky suffers from Beals-Hecht syndrome, also known as congenital contractual arachnodactyly. The syndrome is genetic, caused by mutations to the fibrillin-2 gene, and causes his arm span to be unusually long compared to his height, and severely limits his joint mobility. Due to this, Ricky has had to use a motorized wheelchair from a young age.