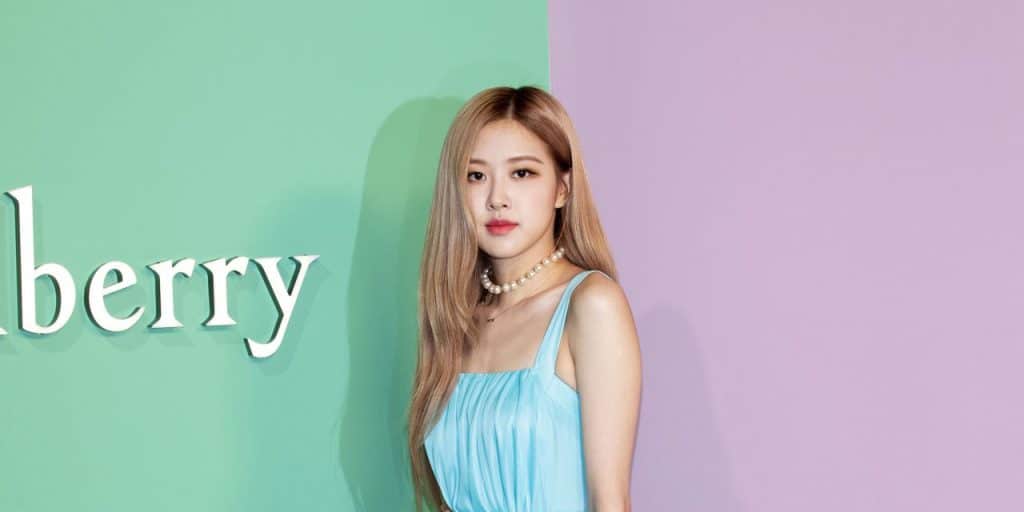 Who is Roseanne Park?

Roseanne Park, better known by her stage name Rose, was born in Auckland, New Zealand, on 11 February 1997 – her zodiac sign is Aquarius, she holds both Korean and New Zealand nationality, and is of Asian descent. She’s a singer, dancer and a social media star, who’s perhaps known best for being a member of the girl group Blackpink.

Roseanne has launched her solo career just recently in March 2021, with the release of her debut studio album “R”.

Roseanne was raised in Auckland alongside her sister, by their immigrant South Korean parents about whom nothing’s known, as Roseanne respects their privacy; it’s said that her father is the owner of a small grocery store, and that her mother is working in it too.

Roseanne was seven years old when she moved to Melbourne, Australia with her family. She studied at Kew East Primary School, and in 2009 moved on to Canterbury Girls’ Secondary College. Roseanne then started taking singing lessons, learned to play the guitar, and sang and played at a local church.

She was 15 when she travelled to Sydney, Australia to attend a music audition, after her father had read about it in the newspaper, and encouraged her to give it a try. Roseanne won out of 700 people competing, dropped out of high school, signed a contract with YG Entertainment, and moved to Seoul, the capital city of South Korea.

YG Entertainment began preparations for the debut performance of their new girl group in 2011, however, they didn’t start revealing its members until five years later, on 1 June 2016, when Jennie was announced as the first member. The group’s second member Lisa was revealed on 8 June, while Jisoo was revealed on 15 June; on 22 June, it was announced that Roseanne was the group’s fourth member.

On 29 June, YG Entertainment stated that the group would have four rather than nine members, which was their initial plan.

The girls released their debut album, “Square One” on 8 August 2016, comprising only two songs: “Whistle” and “Boombayah”, which were highly successful, taking the first two places on the Billboard World Digital Song Sales Chart, while “Whistle” peaked at #1 on several other charts. They made their debut live performance on 14 August 2016, in the music show “Inkigayo”.

Their second album “Square Two” was released on 1 November 2016, while the girls’ new single – “Playing with Fire” – topped the Billboard World Digital Song Sales Chart. Their following single “As If It’s Your Last” was released on 22 June 2017, again topping the chart.

Blackpink performed in Japan for the first time on 30 August 2017, and on the same day their Japanese extended play (EP) “Blackpink” came out, peaking at #1 on the Oricon Albums Chart.

Their debut Korean EP was released on 15 June 2018, entitled “Square Up”, and found itself on charts all around the world, including in the US and the UK; the girls’ single “Ddu-Du Ddu-Du” became a huge hit, topping various charts, while it also became the most viewed YouTube video in the first 24 hours of its release.

On 19 October 2018, Blackpink collaborated with the British singer Dua Lipa on her song “Kiss and Make Up”.

On 5 April 2019, the girls released their EP “Kill This Love”, and it was then announced that they would be collaborating with Lady Gaga on her new album “Chromatica”, which was released on 29 May 2020.

On 2 October 2020, Blackpink released their own “The Album”, which peaked at #2 on the Billboard 200 Chart and the UK Albums Chart.

On 14 October 2020, a documentary movie depicting the girls’ lives premiered on Netflix, entitled “Blackpink: Light Up the Sky”.

Blackpink’s official YouTube channel was launched on 29 June 2016, and it’s today subscribed to by more than 70 million people, and numbers over 20 billion views of all their videos combined; we’re going to mention three of the girls’ most popular videos.

Their second most popular video “BLACKPINK – ‘Kill This Love’ M/V” has been viewed nearly 1.5 billion times.

Roseanne is highly secretive when it comes to her love life, and hasn’t mentioned any boys (or girls) whom she might have been with.

This is mostly believed to be because the South Korean talent agencies have very strict rules when it comes to their both male and female singers. It’s widely known that their performers aren’t allowed to date, smoke cigarettes or drink alcohol, and there have been several cases in the past when their singers would start a relationship, and would thus be let go from their agency, and kicked out of their music group.

There are still some of Roseanne’s fans who believe that she’s today in a relationship with a non-celebrity Korean boy, but that she’s successful at hiding him from the media’s attention; no evidence has been provided to support these claims, nor has Roseanne addressed these rumors.

As of December 2021, she seems to be single, hasn’t married and doesn’t have children.

Roseanne is a huge Instagram star, as she’s today followed by more than 50 million people on the network, while she’s uploaded over 700 pictures, most of which have been taken during her photoshoots, as well as her everyday life.

She likes to travel, and her career has made it possible for her to visit various Asian and European countries, as well as a couple of US states; Roseanne’s dream travel destination is Paris in France, which she apparently believes to be the most romantic city on the planet.

She’s a huge lover of animals, with dogs and parrots being her favorites, but she isn’t allowed to have a pet.

Roseanne likes to watch Hollywood comedy movies in her spare time – her favorite actor and actress are Jim Carrey and Julia Roberts, while a couple of her favorite films are “Yes Man”, “Ace Ventura: Pet Detective – When Nature Calls” and “Runaway Bride”.

As of December 2021, her net worth has been estimated at already over $10 million.