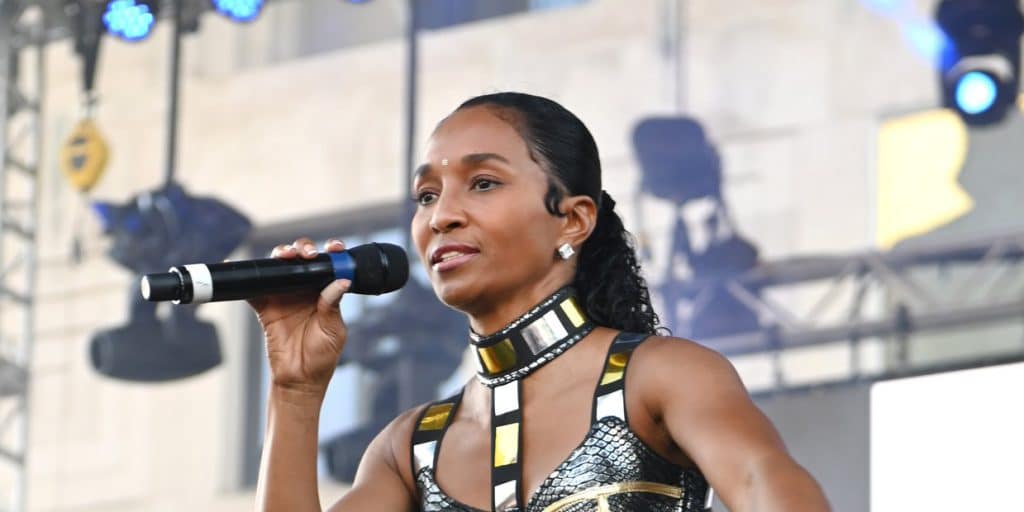 Who is Rozonda Thomas?

Rozonda Thomas is an American singer, dancer and actress, who came to prominence in the ‘90s as a member of the all-girl R&B group TLC, among many other accomplishments.

Born Rozonda Ocielian Thomas on 27 February 1971 under the Pisces zodiac sign, in Columbus, Georgia USA, of Bengali ancestry from her father Abdul Ali’s side, and African-American through her mother Ava Thomas, she was raised by her mother and met her biological father only when she was 25 years old. She went to Benjamin Elijah Mays High School, from which she matriculated in 1989.

Interested in music from an early age, she got into the industry as a dancer for the R&B group Damian Dame in 1991, and the same year she was spotted by Perri ‘Pebbles’ Reid, who recruited her for the R&B and hip-hop group TLC, which also consisted of Tionne ‘T-Boz’ Watkins and Lisa ‘Left Eye’ Lopes. The original line-up featured Crystal Jones as well, but Rozonda replaced her and assumed the stage name Chilli, so the name of the group would be the acronym made of their names. Their debut album “Ooooooohhh… On the TLC Tip” (1992), reached No. 14 on the US Billboard 200 chart, and achieved four-times platinum status in the US, and spawned such hits as “Baby-Baby-Baby”, and “Aint 2 Proud 2 Beg”, among others.

In support of the album, the trio went on a national tour as MC Hammer’s opening act, however, some concerts were canceled as Watkins was hospitalized due to an extreme case of sickle-cell anaemia. Once she recovered, TLC continued on with their tour, firing Reid from his managerial position, feeling that they had received too little incentive, realizing the success of their eponymous debut album.

TLC and Rozonda continued to work on new music, and in 1994 their second album “CrazySexyCool” came out, which became their most popular album, as it achieved diamond status in the US, double platinum in Australia, and eight times platinum in Canada. Some of the hits found on the album include “Waterfalls”, “Creep”, and “Red Light Special”, among others.

The trio took over the music scene with the album, selling over 14 million copies in total, and their next album “FanMail” was released in 1999 to critical acclaim, but not before there was a huge feud between the members of the band and the main producer Dallas Austin, who wanted $4.2 million and creative control to work on the project. They went on a worldwide tour in support of the album, and even had a PayPerView special of their tour, which at the time became PayPerView’s highest grossing televised special.

In 2002 the trio was struck by a huge tragedy, as Lisa Lopes died in a car crash while making a documentary film in Honduras. Rozonda and Tionne continued as a duo, and released the fourth album “3D”, which featured Lisa on two songs she’d recorded before her untimely death.

Following Lisa’s death, both Rozonda and Wakins vowed not to replace her and continue on as a duo; new material was released in 2014, the single “Gift Wrapped Kiss”, and from 2016 they started touring again. Moreover, in 2017, TLC released their fifth album “TLC”, however, the album didn’t live up to the success of its predecessors, reaching only No. 38 on the US Billboard 200 chart. Since then, TLC has continued to tour ,and in September embarked on a 2021 USA tour of 18 venues, alongside Bone Thugs-n-Harmony, and several surprise guests.

In addition to her work as a member of TLC, Rozonda has worked on a solo album, which was shelved due to scheduling conflicts. However, she has still released several singles, including “Dumb Dumb Dumb” (2008), and “Body (2016).

Rozonda is an accomplished actress as well. She made her debut in the romantic comedy film “Hav Plenty” (1997), written and directed by Christopher Scott Cherot, who also starred in the film, alongside Chenoa Maxwell and Hill Harper. In 2000 she appeared in the adventure comedy film “Snow Day”, and the same year co-starred in the romantic drama movie “Love Song”. Moreover, Rozonda starred in the television fantasy comedy musical movie “A Diva’s Christmas Carol”, alongside Vanessa Williams and John Taylor. The following year, Rozonda was Lilly in the thriller-crime film “Ticker”, starring Tom Sizemore, Dennis Hopper and Steven Seagal.

She returned to acting in 2011 with a guest-starring role in the TV series “Single Ladies” (2011), and in 2017 made her latest appearance as Zora Neale Hurston in the Academy Award-nominated biopic “Marshall”, about Thurgood Marshal who was the first African-American Supreme Court Justice, starring Chadwick Boseman, Josh Gad and Kate Hudson.

As of late 2021, Rozonda Thomas’s net worth has been estimated to be around $8 million, earned through her successful career as a singer and actress.

Rozonda started dating the group’s manager, and became pregnant when she was 20 years old. As her career was taking off, she went for an abortion, but years later revealed that she regrets the decision.

However, the two continued their relationship and she gave birth to their son, Tron Austin on 2 June 1997, but unfortunately Tron’s parents later broke-up. In 2001, she started a relationship with singer Usher, which lasted until 2003. Their break-up was scrutinized by media and everybody talked about it, saying that Usher was unfaithful to her. Since then, Rozonda has had several unsuccessful relationships and short flings, including with Wayne Brady, Nick Cannon and Brad James. According to sources, she is currently single.

Rozonda is known for her community work, as she’s started a non-profit organization Chilli’s Crew, which helps girls aged between 13 and 17 build healthy levels of self-esteem. She has advocated against cyberbullying, as her son was a victim when an article about him was published online questioning his sexuality and criticizing his apparel. Moreover, she and her colleague Watkins created a national education program about HIV/AIDS, which was a collaboration with Agouron Pharmaceuticals.

She has worked with the People for the Ethical Treatment of Animals (PETA) organization, as she appeared naked for an anti-circus campaign started by the organization.