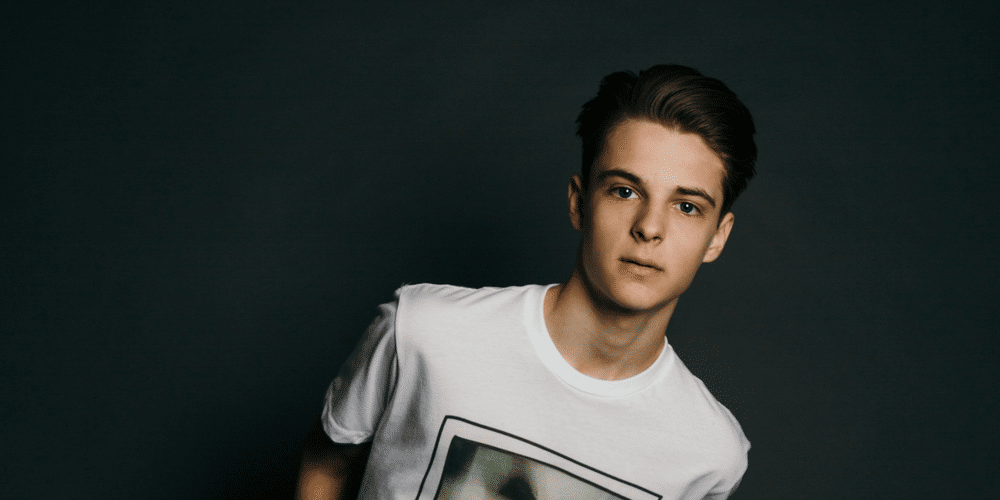 Who is Corey Fogelmanis?

Corey was born under the zodiac sign of Leo on 13 August 1999, in Thousand Oaks, California USA; he holds American nationality, his ethnicity is White, and he is of Latvian descent. Corey is an actor with 12 credits to his name, perhaps known best for his role as Farkle Minkus in the Disney series “Girl Meets World”, a family comedy drama that had 21 award nominations, including three Primetime Emmys, and won three.

Corey was raised in Thousand Oaks alongside his younger sister Baylee, by their parents Dain and Shannon.

Corey started his acting career on stage at the age of six; he subsequently performed in eight productions around the USA, one of his most significant roles on a stage was in “Peter Pan and Tinker Bell” at The Pasadena Playhouse, Southern California.

He attended a local high school, and upon matriculating in 2017 enrolled at college, nowadays he is still a student and at the same time, he’s focusing on his acting career.

Corey made his first appearance on television in the 2012 series “House of Lies”, in the supporting role as T-Bird in Play, followed by his role as Louis in the pilot episode of the series “Partners”.

In the series “I Didn’t Do It” he was cast to play Stevie Moops, and after that, he portrayed Farkle Minkus acting alongside Ben Savage, Rowan Blanchard and Sabrina Carpenter in the series “Girl Meets World”.

In the following years, he portrayed Jasper Perkins in the series “PrankMe”, which was a thriller about a young prank vlogger who becomes torn between his online fans and his family pressures; the series was nominated for Best Direction Streamy Award.

His most recent role was as Brett in the 2019 series “Into the Dark”.

Corey made his debut on the big screen in the 2011 short movie “The Maiden and the Princess”, cast to play an ‘Evil Sibling’ in this comedy fantasy drama, which won 13 awards, including an Emmy Academy of Television Arts and Sciences College Television Awards.

He portrayed Max Doyle in “Mostly Ghostly: One Night in Doom House”, starring alongside Jamie Kennedy and Sophie Reynolds in the family fantasy horror about a boy who must find an enchanted gem to stop an evil spirits invasion.

In 2018, he was cast to play Nate in “Deadly Scholars”, followed by his role as Andy in “Ma”, a mystery horror thriller about a group of teenagers who become friends with a woman who lives alone, and lets them have a party in her house, but suddenly something unexpected happens and they begin to doubt her intentions.

The movie had eight award nominations and won one; Corey was nominated for a Teen Choice Award for Choice Summer Movie Actor.

In the following year, he acted in the short movie “Midsummer”, and his most recent role was in 2021 as Mark in “Moxie”, a musical comedy drama about a 16-year-old girl who publishes a magazine about sexism at her school.

Corey hasn’t spoken about any girl that he’s been dating, and prefers to keep his love life a secret, although many think that he’s in a relationship with his fellow from “Girls Meet World”, Sabrina Carpenter, he hasn’t confirmed these assumptions.

Sabrina is an actress with 60 credits to her name, also a singer and composer perhaps known best for her roles in Disney’s series such as “Girls Meet World” and “Adventures in Babysitting”.

There were various rumors that they have been dating since December 2015, but at that time Sabrina was in a relationship with Steven Bradley Perry, who was also an actor for Disney Channel, so she stopped these rumors about her and Corey. On her Instagram, she posted a picture of the two, with the description ‘the sweetest most platonic relationship in my life’.

However, that wasn’t enough to stop the rumors, and speculations about their relationship are still circulating on the internet.

Sabrina was seen having lunch with actor Joshua Bassett, and that for a while stopped rumors about her and Corey, although she posted on her Instagram for Corey’s birthday, saying that she loves him so much – platonically.

As of October 2021, Corey seems to be single, and he is still keeping his private life away from the media’s attention.

In his spare time Corey likes to paint, is into photography, so sometimes posts his works onto his Instagram account, on which he has gained over 3.5 million followers. He also posts pictures featuring his everyday life including his dog, and updates about his acting career.

He’s an animal lover, and a member of the Animal Rescue Team; his favorites are dogs, he has a pet dog and has rescued a chicken that has grown into a rooster over time. He likes cats but he is allergic to them, so he can’t have one in his home.

Corey is into sports, playing basketball and tennis, and he works out at the gym three to four times per week. He also likes swimming, skateboarding, and skiing.

His favorite time of year is winter, and his favorite month is October, because of Halloween night.

He is into traveling, and thanks to his acting career has visited a couple of US states, and for the pleasure some European countries such as France, Ital, and Greece; his favorite travel destination is Athena, Greece and he dreams of visiting Bran Castle, also known as Dracula’s castle in Transylvania, Romania.

As of October 2021, his net worth has been estimated at over $1 million.