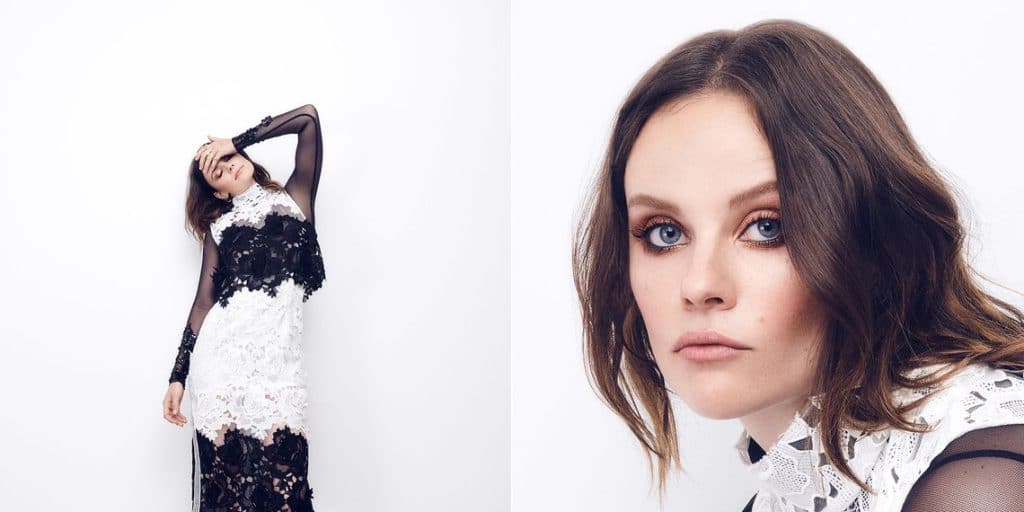 Who is Sarah Ramos?

Sarah was born under the zodiac sign of Gemini on 21 May 1991, in Los Angeles, California USA; she holds American nationality and her ethnicity is mixed, being of Filipino, Hispanic and Jewish descent. Sarah is an actress with 37 credits to her name, also a writer and director, perhaps known best for her role as Patty Pryor in the series “American Dreams” starring Tom Verica, Gail O’Grady, and Brittany Snow; the series had 27 award nominations and won 10, including two Primetime Emmys.

Sarah was raised in Los Angeles by her parents, however, there is not much information about them – their names and occupations haven’t been revealed, so the only known thing about them is that her mother is Jewish, and her father is of Filipino and Hispanic descent. According to Sarah, they were very supportive of her dream of becoming an actress; when she was nine years old she was training in acting at Center Stage LA, and when she was 11 they were searching for a talent agent for her.

Once she talked about how she begged them to take her on a cruise with her two favorite celebrities at that time, Mary-Kate and Ashley Olsen, known for their roles in the series “Full House”, and how she was going to bed every night pleading her parents to get an agent for her, so she can be as famous as the Olsen twins.

Sarah attended a local high school, and upon matriculating in 2009, enrolled at Columbia University, from which she graduated with a Bachelor’s degree in Visual and Performing Arts, in 2015.

Sarah made her first appearance on television in 2002, portraying Patty Pryor in “American Dreams”, which in 2005 brought her a nomination for Young Artist Award Best Performance in a TV series (Comedy or Drama)-Supporting Young Actress. Guest roles followed in the series “Scrubs” and “Close to Home”, before she was cast to play Hannah Rader in “Runaway”, acting alongside Leslie Hope, Donnie Wahlberg and Dustin Milligan.

In the following years, she made appearances in series such as “Robot Chicken” and “Private Practice”, and then portrayed Haddie Braverman in the series “Parenthood”, a comedy drama about the Braverman family, their lives and tragedies; the series had 39 award nominations, including one for Primetime Emmy and won 15, Sarah was twice nominated for the American Latino Media Arts Award (ALMA) Favorite TV Actress- Supporting Role, in 2011 and 2012.

In 2017, she was a star of the series “City Girl” appearing alongside Alia Shawkat and Nick Thorburn – actually, she wrote this romantic comedy when she was 12-years-old, and said it was written for Reese Witherspoon, although she hasn’t ever spoken with her about it.

She was cast to play Creek Lovell in the series “Midnight, Texas”, followed by support roles in “Acting for a Cause” and “The Affair”; her most recent role on television is her portrayal of Cheryl Pistono in the TV mini-series “Untitled Lakers Project”, which is being filmed at present and should be released in 2022.

Sarah made her movie acting debut when she was just six years old, in the short film “In Vein”, followed by roles in other short movies such as “Abandoned Minds”, “Walking Out on Love”, “Smorgasbord”, and “Rugrats”.

She made appearances in Mark Weber’s movie “The End of Love”, and Phil Dorling’s comedy drama “Why Stop Now” in 2012, and later portrayed Michelle in the romantic comedy drama “How to Be Single” starring Rebel Wilson, Dakota Johnson and Leslie Mann, followed by roles in “Slash” and “Gone Hollywood”.

Her most recent role was in the movie “Untitled Catalina Aguilar Mastretta Project”, starring alongside Ben O’Toole and Lorenza Izzo.

There were some rumors during the Coronavirus quarantine in 2020, that Sarah was secretly dating her fellow actor Dylan O’Brien; the rumors started after Dylan uploaded a video onto his YouTube channel in which they were re-creating scenes from popular movies, and Sarah also posted a picture featuring the two of them onto her Instagram. However, Sarah and Dylan haven’t spoken about these assumptions, because they know that their fans will eventually figure it all out, and realize that they are just close friends.

These rumors are proved wrong, because of the fact that she’s in a devoted relationship with Matt Spicer. It was rumored that Matt and she have kept their relationship a secret since 2013, but made it public in 2016. The couple became engaged after three years, and married on 25 October 2020 at ‘A Little White Wedding Chapel’ in Las Vegas, Nevada, although she waited until 6 December to share this news with her Instagram followers.

As of November 2021, the actress and the art director are still married, enjoying their love; they don’t have children.

Sarah is available to her fans through her Instagram account, which is followed by near 130,000 people; she mostly posts updates about her everyday life and her work, some funny videos; also her fans can follow her work on heysarahramos.com, onto which she uploads videos of her series and movies, which she’s written and directed.

As mentioned, Sarah is a writer, but she also likes to read – her favorite writers are Virginia Woolf and Franz Kafka, and her favorite books are “The Trial” and “To the Lighthouse”.

She’s been a big fan of movies since childhood, and her favorite actors are Colin Farrell, Mathew Perry, Bruce Willis, and Ashton Kutcher; when it comes to her favorite actresses, they’re Kelly Bishop, Kirstie Ally and Lucy Liu, while her favorite musicians are Christina Aquilera and Pink.

She likes to travel, and her favorite travel destination is London, England, however, she dreams of visiting the island Tahiti in French Polynesia, and Phuket, Thailand.