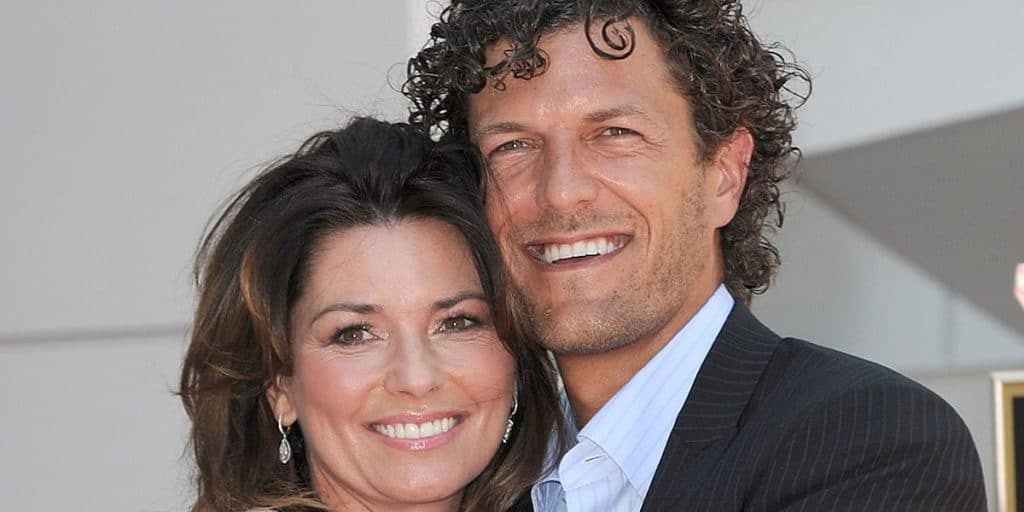 Frédéric ‘Fred’ Thiébaud was born in La Tour-de-Peliz, Vaud, Switzerland, on 1 August 1970 – his zodiac sign is Leo, and he holds Swiss nationality. He’s a former Nestlé business executive, but better known to the general public for being the husband of the Canadian country music star, Shania Twain.

Frédéric was raised a Roman Catholic in the French-speaking part of Switzerland. Not a lot is publicly known about his parents and siblings, as Frédéric prefers to keep them out of the public eye.

Frédéric then worked at several local marketing companies, before landing a job in the Swiss food processing corporation Nestlé. He was initially a team lead manager, working on multiple international projects, until in 2005 when he was promoted to the head of operations for the company in Asia and Australia.

Frédéric quit his job at Nestle in 2010 to start his own business consultancy company, which is still operating.

Prior to meeting Shania, he was married to Marie Anne Thiébaud, with whom he as a daughter named Johanna, born in 2000.

Prior to meeting Frédéric, Shania was married to the Grammy Award-winning producer, Robert John ‘Mutt’ Lange. The two were initially just business partners but eventually grew closer and married in December 1993. They worked together on several of Shania’s hit studio albums, including “Come on Over”, which became the best-selling album of 1997.

In 2000, Shania and Mutt moved to Switzerland, to distance themselves from the media attention they were receiving back at home. One year later, they welcomed their son, Eja Lange. During their time there, Shania also met Marie Anne Thiébaud, her assistant and best friend at the time.

However, her married life wasn’t as idyllic as it may have seemed; in 2003, Shania was diagnosed with Lyme disease, which caused vocal cord paralysis and made her unable to sing for almost 15 years. Five years later, she announced her separation from Mutt, which took some of her fans by surprise. Although the couple hadn’t publicly spoken about the true reason for their separation, it was heavily rumored that Mutt was having an affair with Shania’s friend, Marie Anne. According to Shania’s autobiography “From This Moment On” (2011), she found out about her husband’s infidelity after Frédéric, who was Marie’s husband, showed her the evidence of Mutt’s and Marie’s affair, including ‘phone bills and hotel information.

The stress of the divorce took a toll on Shania’s health, causing additional issues with her vocal cords.

She underwent multiple surgeries, and her voice was permanently changed, giving her the ‘raspy’ vocals she is known for today. Through the entire process, she found a lot of support in Frédéric, and their relationship was made public in 2009.

Frédéric and Shania became engaged in December 2010, after her divorce was finalized, tying the knot in a private ceremony in Puerto Rico, on 1 January 2011. They don’t have children together, but are co-parenting their children from previous marriages. The two now mainly reside in Corseaux, Switzerland, near Lake Geneva. They also reportedly have a house in the Bahamas, along with a residency in Las Vegas, Nevada, as Shania often performs there.

Frédéric often accompanies Shania at public events, and they were most recently seen together at the 2021 edition of the Zurich Film Festival.

As of February 2022, his net worth has been estimated at more than $10 million.

Shania was born to Sharon and Clarence Edward; she has two sisters, Jill and Carrie Ann. Her parents divorced when she was two years old, and she moved to Timmins, Ontario with her mother and sisters.

After her mother remarried to Jerry Twain, an Ojibwa from the Mattagami First Nation, he adopted Shania and her sisters, and they all legally changed their last name to Twain.

Shania has revealed that she had a difficult upbringing, as her family was often financially struggling. Her mother and step-father also frequently fought, and she even witnessed violence between them. To help support her family, Shania started singing at local bars when she was only eight years old, and at the age of 13, she was invited to perform on the CBS’s “Tommy Hunter Show”, which was her first TV appearance.

After matriculating from a local high school in 1983, Shania started working on her music career, and toured all over Ontario with her band called Flirt.

Her talents were soon noticed by the Toronto-based DJ Stan Campbell, who wrote ‘Eilleen possesses a powerful voice with an impressive range. She has the necessary drive, ambition and positive attitude to achieve her goals’.

Shania eventually assembled a demo tape of her songs which she presented to record labels, which resulted in her signing for Mercury Nashville Records in 1993. It was around that time, that she officially changed her name to Shania, which means ‘on my way’ in the Ojibwa language.

She released her self-titled debut album on 20 April 1993, which was a commercial and critical success in Canada, the US and especially Europe. In the same year, she met her future husband, Mutt Lange, with whom she collaborated on her 1995 album “The Woman in Me”, which included her first Top 40 single, “Any Man of Mine”, and won the first Grammy Award for Shania, in the Best Country Album category.

Shania’s popularity skyrocketed with the album’s success, and she made numerous TV appearances in shows such as “Late Show with David Letterman”.”

In 1997, Shania released her third studio album, “Come on Over”, which featured a mix of country, pop and rock music, and has since become her most commercially successful release to date. Out of 12 tracks from the album, nine were released as singles, including Shania’s perhaps most popular song “Man! I Feel Like a Woman!”. The album peaked at #2 on the Billboard 200 chart, and stayed on the chart for two years, selling over 40 million copies worldwide, making it the all-time best-selling album by a female musician.

Despite her success, Shania was often a subject of criticism from some country music fans, who didn’t enjoy her non-traditional, genre-bending style of music. Her overt expression of femininity also caused a backlash from country music purists, and her record label even warned her that some women might feel threatened by her ‘dressing too sexy’. However, the general public perception of Shania is largely positive, and at one point, she was rated one of the most popular musical artists in the world.

As of February 2022, her net worth has been estimated at more than $400 million.