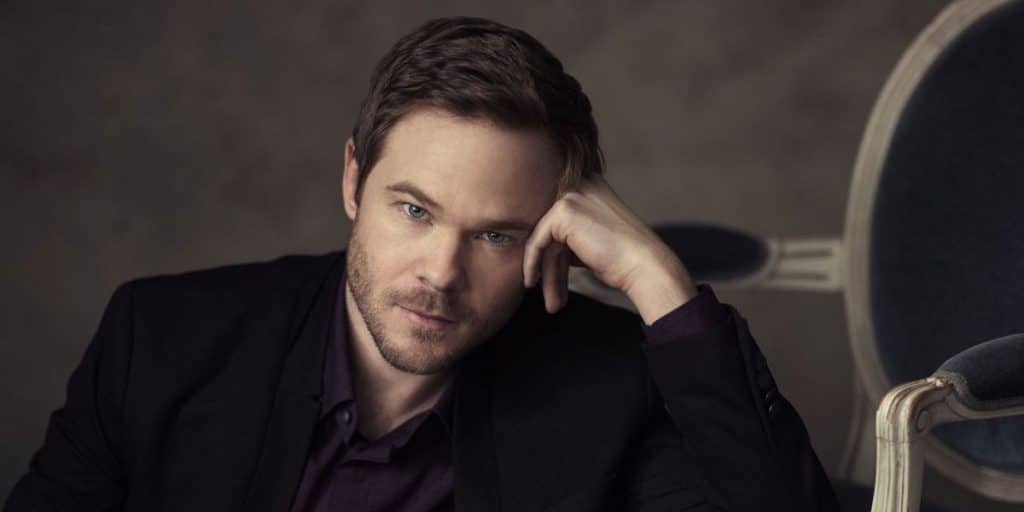 Who is Shawn Ashmore?

Shawn Robert Ashmore was born on 7 October 1979 under the zodiac sign of Libra, in Richmond, British Columbia, Canada. He’s a 42-year-old actor and producer, probably best recognized for landing the role of Bobby Drake – a.k.a. Iceman – in the “X-Men” franchise, playing Agent Mike Weston in the Fox psychological thriller series “The Following” (2013-2015), and featuring as Wesley Evers in the ABC police procedural crime drama series “The Rookie” (2018-2021).

How rich is he, as of now? Shawn Ashmore Net Worth

As of late-2021, Shawn Ashmore’s net worth is estimated at over $3 million; earned through his successful career in the world of entertainment, since he’s worked on nearly 70 television and film titles since he launched his career back in 1990.

Shawn Ashmore spent his early years in Brampton, Ontario, where he was raised by his father, Rick Ashmore, who was a manufacturing engineer, and his mother, Linda Ashmore, a homemaker. He has an identical twin brother, named Aaron Ashmore, who is also an actor known for his work on “Smallville”, “Warehouse 13”, and “Killjoys”. He holds Canadian nationality and belongs to White Caucasian ethnic group. Regarding his education, Shawn went to Earnscliffe Senior Public School and Turner Fenton Secondary School.

Shawn Ashmore launched his professional acting career in 1990, when he made his debut TV appearance in an episode of the adventure crime family TV series “Rin Tin Tin: K-9 Cop”, while his feature film debut came in the next year with an appearance as a student in the comedy film “Married To It”, directed by Arthur Hiller. Over the next few years, he worked on a number of TV films – in 1993 he featured as the young version of the title role in the CBC sports drama film “Gross Misconduct: The Life Of Brian Spencer”, which was followed by his portrayals of Waylon Tibbins in the made-for-TV adventure drama film “Guitarman” (1994), and Billy in the Lifetime drama film “Any Mother’s Son” (1997).

During the same year, he was also cast as David Abbott in the USA Network thriller film “Melanie Darrow”, directed by Gary Nelson, and as Leviatus Bennett in the Gemini Award-winning made-for-TV Western film “Promise The Moon”.

Shawn Ashmore landed his breakthrough role when he was chosen to play Jake Berenson in the YTV/Nickelodeon/Global teen sci-fi series “Animorphs” which was broadcast for two seasons from 1998 to 1999. Following the end of the series, he booked the roles of Danny in the made-for-TV thriller film “At The Mercy Of A Stranger”, and Ben Valentine in the made-for-TV family history film “Dear America: The Winter Of Red Snow”, both in 1999.

His most mainstream role after which he garnered much success and critical acclaim came when he starred as Bobby Drake – a.k.a. Iceman – in the 2000 superhero film “X-Men”, based on the Marvel Comics superhero team of the same name, sharing the screen with such actors as Hugh Jackman, Halle Berry, and Patrick Stewart. It was a critical and commercial success that led to the sequels “X2: X-Men United” (2003), “X-Men: The Last Stand” (2006), and “X-Men: Days Of Future Past” (2014) in which he reprised the role. Moreover, he provided his voice to the character in the video game “X-Men: The Official Game” (2006), and the Cartoon Network animated series “The Super Hero Squad Show” (2009-2010).

Concurrently, Shawn Ashmore continued to work on other projects. From 2000 to 2001, he booked the main role of Tyler Connell in the Family Channel/Disney Channel drama series “In A Heartbeat”, which was followed by his appearances as Beau Liddle in the made-for-TV horror film “Wolf Girl” (2002), and Brad in the made-for-TV comedy film “Cadet Kelly” (2003). Two years later, he featured as Rob Donovan in the action comedy film “Underclassman”, and played Canadian amputee athlete Terry Fox in the CTV biopic “Terry”, for which he was also an executive producer.

His next major role came later that year of 2005 when he played Ged in the Sci-Fi Channel two-part fantasy miniseries “Earthsea”, which earned him a Leo Award for Best Lead Performance By a Male in a Feature Length Drama.

Afterwards, he portrayed Christian in the 2007 horror film “Solstice”, next to Elisabeth Harnois and Hilarie Burton, featured as Eric in the 2008 horror film “The Ruins”, directed by Carter Smith, and played Mike Stiven in the 2009 CBC thriller film “Diverted”.

In 2010, Shawn Ashmore starred in such roles as Joe Lynch in Adam Green’s survival film “Frozen”, and George in the psychological horror film “Mother’s Day”. During the same year, he was also cast as Fitz in the TV adaptation of the award-winning short story “Bloodletting & Miraculous Cures” by Vincent Lam. He then featured as Adam in the 2011 post-apocalyptic film “The Day”, alongside Ashley Bell and Dominic Monaghan, which was followed by his portrayals of Edward in the romantic comedy film “Mariachi Gringo”, and Eric Nolan in the crime thriller film “Breaking The Girls”, both in 2012.

Who else is at attention for an encore of #TheRookie Winter Finale tonight?! ✋ Tune in at 10/9c on ABC and Stream on Hulu before next week's return! pic.twitter.com/Hd3qMmOOIx

The next year, he joined the main cast of the Fox psychological thriller series “The Following”, in which he played Agent Mike Weston until it was canceled after three seasons in 2015. Thereafter, he did the voice-over of Jack Joyce in the video game “Quantum Break”, and played the same role in the live-action TV show of the same title, both in 2016. He then landed the main role of Sam Spencer in the ABC legal drama series “Conviction” from 2016 until it was canceled after a single season in 2017.

In 2017, Shawn Ashmore played Conrad ‘Colt’ Salter in the supernatural horror film “Devil’s Gate”, and portrayed Darryl in the thriller film “Hollow In The Land”, which was followed by his starring in the role of Brandon in the 2018 action-thriller film “Acts Of Violence”, sharing the screen with Bruce Willis and Ashton Holmes.

The same year, he joined the cast of the ABC police procedural crime drama series “The Rookie”, in which he has been starring as Wesley Evers ever since. Concurrently, he’s lent his voice to Conrad in the 2019 interactive drama video game “The Dark Pictures: Man Of Medan”, and had the part of Jeff Anderson in the 2020 thriller film “Darkness Falls”. Most recently, he featured as Kevin Dadich in the thriller film “Aftermath”, opposite Ashley Greene, and took the role of Nick in the horror film “The Free Fall”, both released in 2021.

He stands at a height of 5ft 11ins (1.82m), while his weight is around 170lbs (77kgs). Information about his vital statistics, biceps size, and shoe size isn’t available. He and his brother have identical tattoos on their wrists just like their grandfather – the initials ‘GMA’ which stand for ‘Good Man Ashmore’.

Shawn Ashmore is a married man – the name of his wife is Dana Renee Wasdin, who is a film executive by profession, and they met on the set of “Frozen”. The couple tied the knot at a ceremony held on 27 July 2012, and welcomed a son they named Oliver in July 2017.

The family divides their time between their homes in Los Angeles, California, and New York City.