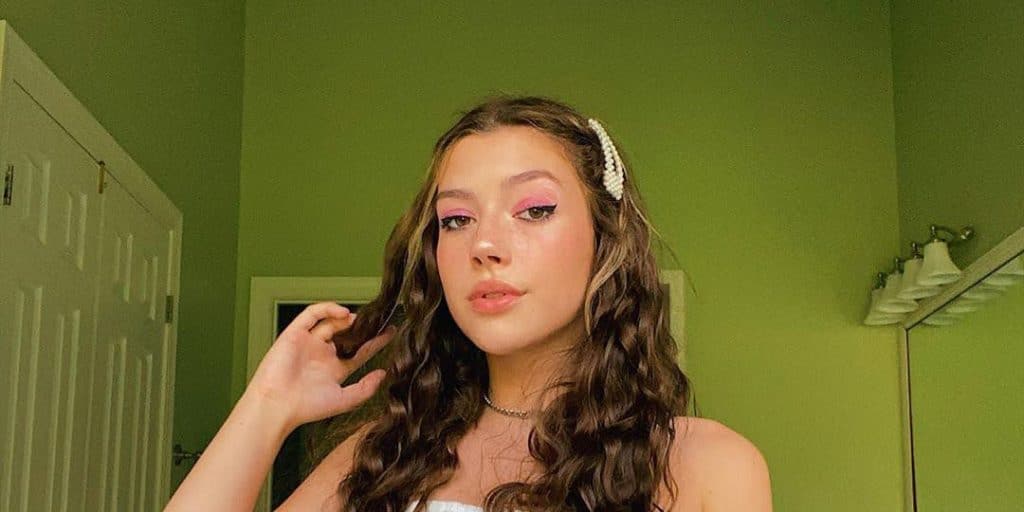 Who is Sissy Sheridan?

Sissy was born under the zodiac sign of Gemini on 15 June 2004, in Washington DC, USA; she holds American nationality, and her ethnicity is Caucasian. She is an actress with 17 credits to her name, and a social media star, perhaps best known for her TikTok videos, and her role as Layla in the Disney series “Raven’s Home”.

Sissy was raised in Washington DC by her parents, alongside her older brother Julian; there is no information about the names and occupations of her parents, so it’s assumed that they prefer to keep their private lives away from media’s attention.

Sissy attended Laurel Springs School in Ojai, California, and nowadays she is a student at the Langley High School in McLean, Virginia.

Sissy made her first appearance on television in 2018, in the episode “Primal Fear” of the series “Copycat Killers”, followed by guest roles in the “For My Man”, “Mozart in the Jungle”, and “Unbreakable Kimmy Schmidt”, the Netflix series which had 92 award nominations including 18 for Primetime Emmys, and won 22.

The TV channel Nickelodeon gave Sissy a chance to become a host of the series “DIY with Me”, followed by her role as Asia in the mini-series “Maniac” acting alongside Sonoya Mizuno, Jonah Hill and Emma Stone in this science fiction comedy drama, about two people who are assigned for the experimental trial of a new drug that should solve all their problems, however, nothing went as it should; the series had 14 award nominations and won two.

In the series “Chicken Girls”, Sissy portrayed Angie, acting alongside Brooke Elizabeth, Hayley LeBlanc, and Jules LeBlanc, in this family comedy drama about a group of girl dancers; this was a chance for Sissy to show off another of her talents besides acting.

Sissy’s most recent role on television was in 2020, when she was cast to play Layla in Disney’s series “Raven’s Home”, a family comedy drama about two single mothers who are living together and raising their children in a fun, but chaotic family; the series had 16 award nominations and won two.

In the 2016 short movie “Paper Airplanes” directed and written by Stefaniya Vay, Sissy made her acting debut as the star of this drama, followed by her role in another short movie “Homeless Bound”, starring alongside Chelsea Stavis and Sarah Faye Beard.

Subsequently, Sissy made appearances in the movies such as “For Hope”, “The Catcher”, and “Something Better”, before she was cast to play Claire in the 2020 movie “Odd Man Rush”, which is a sports comedy drama based on the book of the same title written by Bill Keenan; this was Sissy’s most recent role on the big screen.

It seems that Sissy is at the present more dedicated to her career as a social media star, sharing all her talents with her followers, whose number is rising day by day; her TikTok account has amassed more than 6.1 million followers; her videos mostly feature her everyday life, her dancing challenges, and some comedy videos made with her friends, and combined have nearly 445 million likes.

Sissy’s Instagram account has gained over 1.2 million followers, and her eponymous YouTube channel which was launched on 25 February 2017 has almost 50,000 subscribers; her fans can enjoy the official music videos for her songs “Most Girl” and “Who me?”, which were uploaded last year, and according to critics those songs showed how multi-talented Sissy is.

Anyone who followed Sissy knew about her relationship with Miles Despair, who is also a TikTok star from Seattle, Washington State; the two started dating in 2020, and it seemed that their love was blooming, even though this was a long-distance relationship. They posted onto their Instagram accounts pictures featuring the two of them kissing and hugging, with descriptions full of love and commitment for each other.

However, at the beginning of summer 2021, the rumors about them breaking up started after Sissy tweeted ‘maybe I have a thing for cheaters’ and soon after, she uploaded a video of her crying, so her fans assumed that Miles cheated on her.

On 17 July 2021, Sissy tweeted that she is single and that she doesn’t want to be connected in any way with someone who is brought into the story of alleged sexual harassment. After a while, she asked her fans to unfollow Miles because, as she wrote on her Snapchat post, he was asking his followers, who are mostly minors from thirteen to seventeen years, to send him nude pictures.

On 10 August 2021, Miles denied all those allegations, saying that he didn’t know how old those girls are and apologized to them, however, Sissy still claims that the real truth is that he was doing that, and she has evidence to prove it.

The drama continued, and Sissy spoke about Miles in a live video, saying that their relationship was toxic and that she is disgusted with the things he has done to her and to the other girls; Miles hasn’t spoken about this anymore, so it seems that for him, this subject is closed.

As of November 2021, Sissy seems to be single, although all of her fans wonder- who the boy in the Devil’s costume is, from the picture on her Instagram account, which she posted on Halloween night.

As we said, Sissy is a multi-talented girl who sings, dances ballet, tap, and hip-hop, and acts, but she also plays basketball and tennis.

In her spare time, she likes to hang out with her friends, go out for a dinner or to the cinema; she likes to watch movies, particularly those starring her favorite actors Leonardo DeCaprio and Chris Hemsworth, such as “Thor Ragnarok” and “Titanic”. When it comes to her favorite actresses, she adores Emma Stone and Scarlet Johanson, her favorite movie starring Emma is “La La Land” and she liked Scarlet in “Lost in Translation”.

Sissy’s favorite musicians are Beyonce, Selena Gomez and Justin Bieber, and she dreams of having a singing career one day as her idol Beyonce.

As of November 2021, her net worth has been estimated at $500,000, and a monthly income from her YouTube channel of up to $2,000; she also has a paid partnership with Marc Jacobs Fragrances.