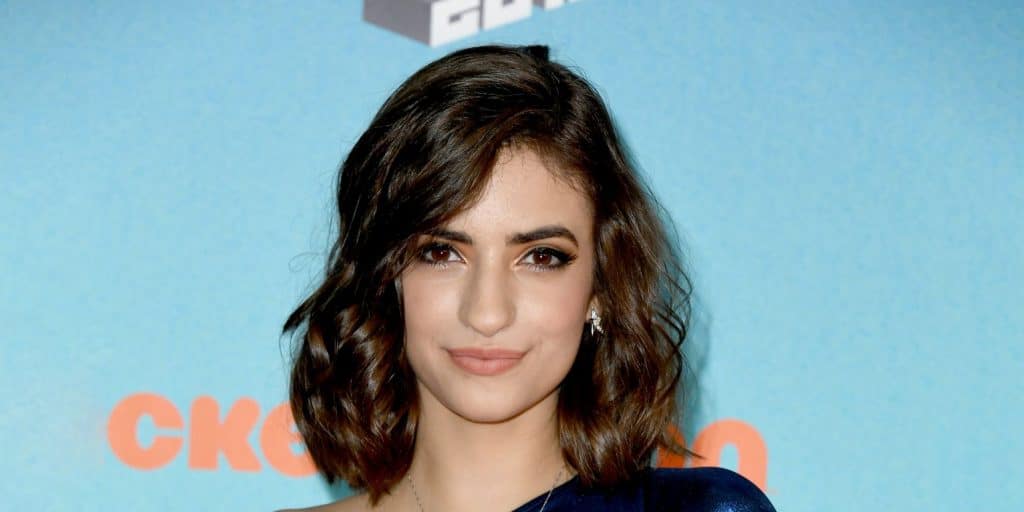 Who is Soni Nicole Bringas?

Soni Nicole was born under the zodiac sign of Aquarius on 2 February 2002, in Portland, Oregon USA; she holds American nationality, and her ethnicity is mixed, of Spanish and Uruguayan descent. She is a dancer, production manager and an actress, with six credits to her name, perhaps known best for her role as Ramona Gibbler in the Netflix series “Fuller House”, which is the sequel to the popular sitcom “Full House” from 1987.

Soni was raised in Oregon, although when she was eight years old, she lived for a year in Costa Rica with her parents and brother Paul. Her mother was born in Barcelona, Spain, and her father was born in Montevideo, Uruguay, however, there is no information about their names and occupations.

At the age of five, Soni started practicing dancing; her talent in various dance styles such as jazz, freestyle, hip-hop, tap and ballet, has provided her with opportunities to dance with celebrities in several commercials, alongside Heidi Klum in a Jordache commercial, and also with Busta Rhymes in a Toyota’s Swagger Wagon commercial. Soni has also been successful in various dance competitions.

Soni attended a local high school, and upon matriculating in 2020 she didn’t enroll at college, wanting to pursue her career as an actress and a dancer.

Soni made her first appearance on television in 2014 in the series “Jane the Virgin”, in which she portrayed Hip-Hop Dancer, although her appearance was uncredited; in the following year she appeared in the episode “Bawamo Shazam” of the series “Instant Mom”, in which she was cast to play Max Weaver.

In 2016, she started filming for the series “Fuller House”, in which she portrayed Ramona Gibbler, a daughter of Kimmy and Fernando, which makes her one of the few characters to appear in every episode of the series. Soni was acting alongside Andrea Barber, Candace Cameron Bur, and Jodie Sweetin in this family comedy which had 22 award nominations, including one for Primetime Emmy, and won nine awards, including the 2017 People’s Choice Award for Favorite Premium Comedy Series.

Her most recent role was in 2020, when she portrayed Libby in the series “Minutiae”, which is a comedy drama, created and directed by Juan Pablo Di Pace.

Soni made her acting debut on the big screen in 2015, in the movie “Beautiful & Twisted”, in which she was cast to play Young May, acting alongside Rob Lowe, Candice Bergen and Paz Vega, in this crime thriller drama about the murder of heritor of a hotel chain Ben Novack Jr., and the investigation which leads to his wife Narcy, as a first suspect for his murder. The movie had no awards or award nominations, however, it brought Soni recognition in the film industry as a young and talented actress.

It’s rumored that Soni will be acting in the movie “Path to Midnight”, alongside Nick Damici, and Ashley Bank, in this crime thriller which should be released in 2022; these rumors haven’t been confirmed nor denied, so it’s left to the public to wait for the premiere of the movie.

Soni has kept her love life a secret, but there are various rumors about her dating actor Michael Campion, who is perhaps known best for his role as Jackson Fuller in the series “Fuller House”. However, Soni has denied this, stating that they are just close friends.

As of October 2021, Soni seems to be single, but is keeping her private life away from the media’s attention.

Soni’s favorite hobby is dancing, and she’s still training dance for ten to twelve hours per week, and being such a good dancer has brought her an opportunity to dance with numerous famous people, such as Missy Elliot, Justin Bieber, Christina Aguilera, Sharaya, Kimbra, and Pittbul; she has worked with choreographers such as Marty Kudelka, Tricia Miranda, Nick Demoura, Matt Steffanina, and Nappytabs. With choreographer Mandy Moore, she worked on dance choreography which she performed alongside Quvenzhane Wallis in the show “Dancing with the Stars”, to promote the 2014 movie “Annie”.

Besides dancing, Soni likes soccer, aerobics, martial arts, and tennis, but she also likes adventure, so once parachuted from a ‘plane, making skydiving one of her favorite hobbies.

She is fluent in English, Spanish and Catalan.

In her spare time, she likes to hang out with her friends, or to spend the night watching movies with her family; her favorite films are “Annie”, “Jumanji” and “Wreck it Ralph”, and when she is alone, she likes to watch romantic movies such as “Words On Bathroom Walls”, “Then Came You” and “Marry Me”.

Her favorite actors are Andy Garcia, the late Robin Williams and Samuel L. Jackson, and when it comes to her favorite actresses, these are Reese Witherspoon, Anne Hathaway and Scarlett Johansson.

Soni is active on various social media networks – her Instagram account has gained over 900,000 followers, and she’s posted over 900 pictures and videos, which mostly show her everyday life, her work as an actress, and her dancing videos. On her TikTok account, she also uploads videos of her dancing, and on that social media network, she’s amassed over 1.2 million followers, and all of her videos combined have been watched more than 15.6 million times.

Soni’s YouTube Channel was launched on 4 June 2012; she’s mostly focused on uploading videos featuring her dancing, and all her videos combined have more than 13 million views, however, she uploaded her last video five years ago, so it is assumed that she is more active on other networks; for example, she used to tweet almost every day on her Twitter account, which has over 50,000 followers, and her most recent tweet was on December 2020.