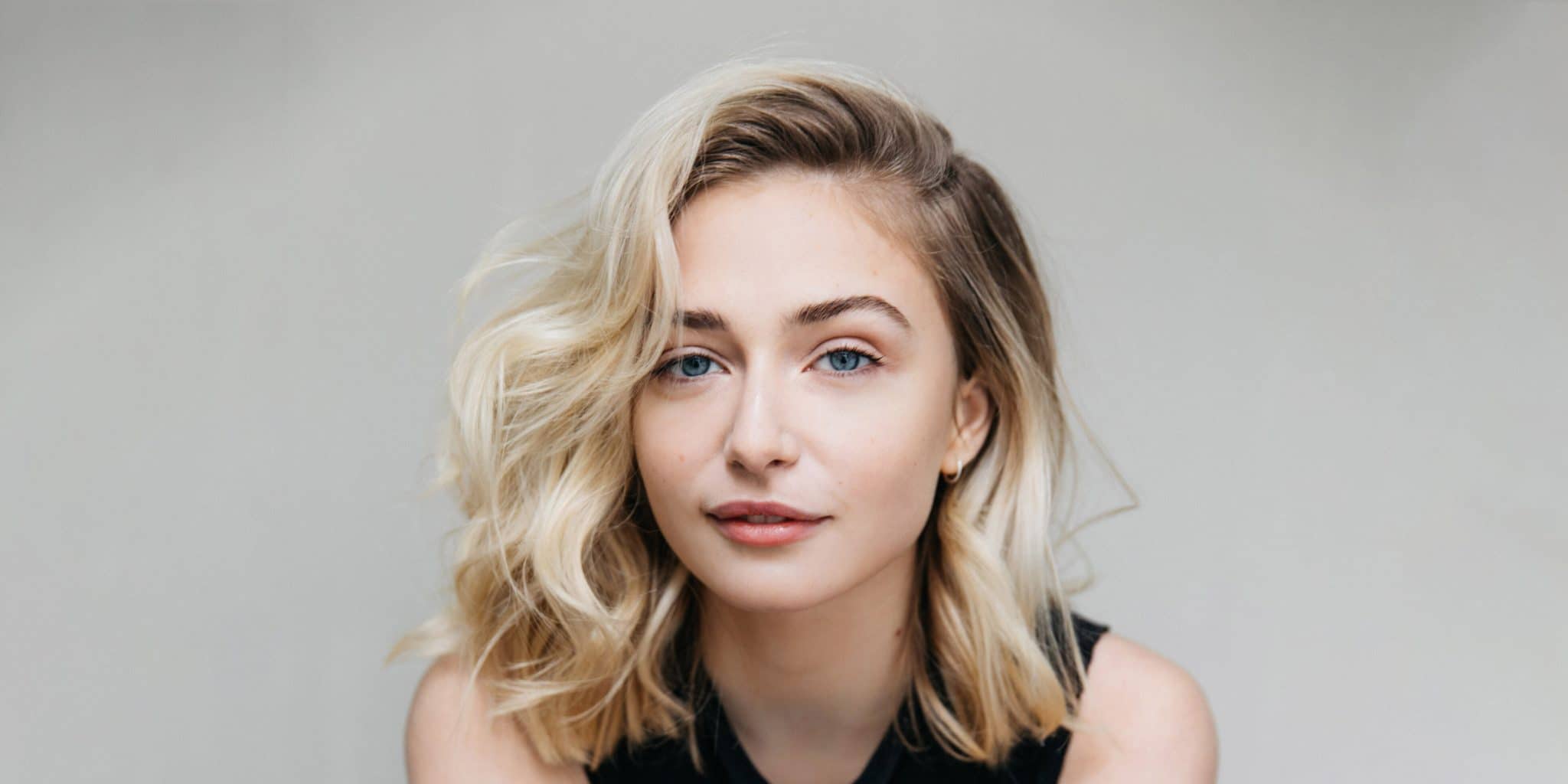 Who is Sophie Simnett?

Sophie Simnett is an English actress, born in Chiswick, West London, on 5th December 1997. With over seven years of experience in the acting industry, Sophie’s fanbase grew exponentially after she worked on successful Disney Channel and Netflix productions. The blonde beauty is 5ft 4ins (1.65m) tall, weighs 123lbs (56kgs), with vital statistics of 33-25-33.

Any fan of Sophie knows that the Sagittarian has always been interested in films and acting – in fact, she began studying both at Saturday school at the tender age of seven.

Later on, she studied at Putney High School, and then pursued her dreams instead of going to university.

Sophie’s debut came in 2014, with a lead role in short thriller film “Footsteps of Angels”, and the then-teenager wasted no time in showcasing her talents alongside Harry Jarvis and Amy-Joyce Hastings. Despite being written and directed by award-winning producer Graham Cantwell, the project didn’t achieve much success.

A year later, Sophie played a minor role in an episode of popular drama series “Dickensian” – the original series brought together several of the characters in Charles Dickens’s novels in 19th-century England.

The following year, Sophie played a blonde student in several episodes of Harlan Coben miniseries “The Five”, a gritty mystery about a missing five-year-old boy, whose DNA appears at a crime scene two decades later.

“Mum’s List” is considered one of Sophie’s more serious projects – based on the novel by Rachel Murphy about a woman dying of incurable breast cancer, Sophie played the main character, Kate, as a teenager. Emilia Fox and other British talents lent their skills to the popular movie, which won the Audience’s Choice Award at the 2017 Heartland International Film Festival.

By 2016 it was obvious that Sophie’s luck in the fickle acting world was changing. She landed her first regular role in Disney’s “The Lodge”, appearing in 25 episodes as Skye; she also worked briefly with the cast of series “Ransom” and “Endeavour” in 2017, so amplifying her portfolio.

“Daybreak” is undeniably Sophie’s most popular project to date. The 2019 adventure series, a Netflix production with a total of ten episodes, was popular thanks to its humorous dialogue and modern twist on apocalyptic situations. Sophie played Samaira Dean, nickname Sam, and was one of the main characters along with Colin Ford and Alyvia Alyn Lind.

The series is set in Glendale, California, where a group of teenagers, including high school outcast Josh must carefully navigate their way around zombies and other strange creatures while searching for Sam, Josh’s missing girlfriend. Mixing almost every genre imaginable from sci-fi and thriller to fantasy and horror, the series takes inspiration from several movies, including “Ferris Bueller’s Day Off”.

Despite being criticized by some for a lack of coherence, most fans loved the series, with one deeming it a “super refreshing take on lots of TV and movie tropes”.

Regardless, and sadly, Netflix decided not to renew “Daybreak” due to low viewing figures. Of the show, Sophie said: “It’s a genre-bending show. It’s a comedy, a drama, it’s an apocalypse, samurai-saga, coming-of-age story, a love story; it fits into all of these categories, that’s why it is so exciting and original”.

2020 was a remarkably slow year for Sophie and the acting industry as a whole, partly because of restrictions imposed during the Covid pandemic, but as of late 2021 she’s ready to make her comeback with “The Age of Tony” and “The Refuge”, set for release 2022. Currently in post-production stages, “The Age of Tony” is a fantasy movie written and directed by Julian Kemp and starring Mia McKenna-Bruce.

As for “The Refuge”, Sophie plas Kate, the wife of army sergeant Rick Pedroni, and a woman who suffers a mysterious accident in Afghanistan which changes her forever.

Gossip is par for the course when you’re in the public eye, and Sophie is no stranger to outlandish rumors about who she’s dating. Although there’s little evidence of her love life on Instagram, on which she mainly posts about her work, updating her over 335,000 followers, Sophie has previously been linked to her “The Lodge” co-star Luke Newton.

Sophie and Luke met while working on the set of the Disney show, and quickly hit things off. The actors dated between 2016 and 2018, and were deemed “couple goals” by their respective fanbases, who even went so far as to make Pinterest boards of the two. Although both of them have since deleted their joint photos, these still remain on the internet, as well as an interview they did together in 2017 to discuss “The Lodge”.

Luke was born on 5th February 1993, in Brighton, England. His notable works include appearing in nine episodes of “Bridgerton” as Colin Bridgerton, and bringing life to Luke Atwood in the 2010 series “The Cut”.

When he broke up with Sophie, Luke maintained a dignified silence. Since then, he’s moved on and found love with Welsh stage actress Jade Davies, Amber Davies’s older sister.

Sophie hasn’t publicly dated anyone since Luke, but in November 2019 The Sun published an article linking her to actor and model Rafferty Law, son of Jude Law and Sadie Frost. Rafferty and Sophie met while filming a remake of “Oliver Twist”, and soon set tongues wagging with their good chemistry on- and off- screen, according to an anonymous co-star, who alleged that many cast and crew members were speculating on their romance.

Previously, Rafferty was dating French model Clementine Linieres. A month after the article was published, he was also linked to singer and “Oliver Twist” co-star Rita Ora, and as of August 2021 he’s dating Brooklyn Beckham’s ex Hana Cross.

It doesn’t look like Sophie’s in any rush to get back to the complicated dating scene. Her hobbies are said to include fashion, travelling, and reading.

Although reports vary, reliable sources confirm that Sophie’s net worth is close to $1 million as of late 2021. It’s said that the actress can earn up to $15,000 per episode.