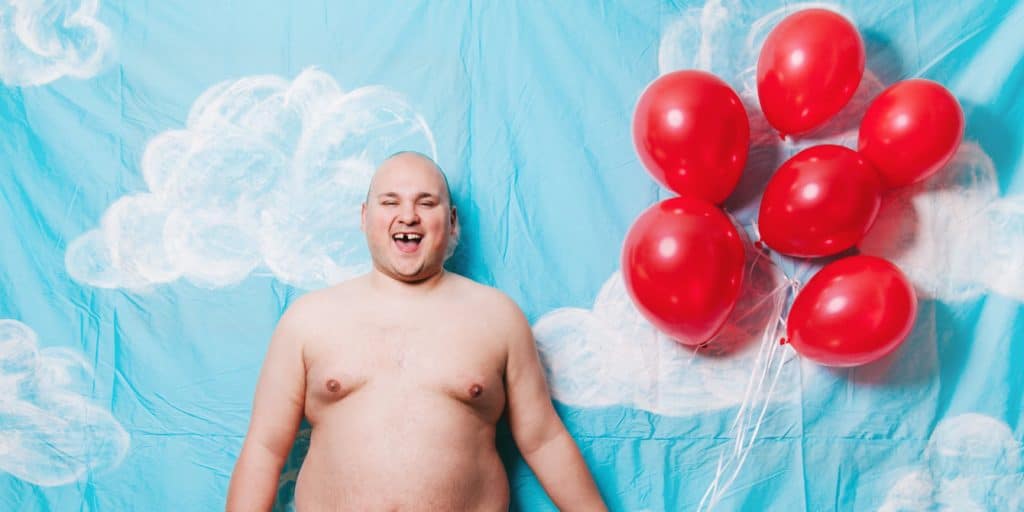 Who is Stavros Halkias?

Stavros was raised in Baltimore by his Greek immigrant parents, but about whom nothing’s known as he respects their privacy; as he hasn’t spoken of having any siblings, most people believe Stavros to be an only child.

He became interested in acting and comedy while attending Baltimore Polytechnic Institute, at which Stavros was also into various other activities, including playing the guitar, playing soccer, and dancing. He performed at a couple of school plays, but upon matriculating in 2007, he continued his education by enrolling at the University of Maryland, Baltimore County, from which he graduated with a Bachelor of Arts degree in 2011.

While attending college, Stavros performed stand-up comedy around Maryland and Washington, D. C., and was in 2012 named Baltimore’s New Comedian of the Year.

Stavros made his debut film appearance in 2014, with his portrayal of Gill Waters in the horror comedy “Call Girl of Cthulhu”, written and directed by Chris LaMartina, and which starred David Phillip Carollo, Nicolette le Faye and Melissa LaMartina. It follows an artist who’s fallen in love with a call girl, and has now realized that she’s to be the bride of the god Cthulhu, thus having to save her from an ancient cult who are trying to summon Cthulhu; the movie won five of the 11 awards for which it was nominated.

Also in 2014, we saw Stavros play Stupid EMT, in the short horror thriller “Unedited Footage of a Bear”, and in 2018, he starred as Smoker in the short comedy “Anything Boys Can Do”, written and directed by Bonnie McFarlane, and which also starred Niki Glaser and Josh Segarra. He made his debut TV series appearance in the 2019 episode “I Can’t Stop Being Naked” of the comedy “Dollar Store Therapist”, and he then portrayed Sandy, in the episode “Kitchen Items” of the comedy mini-series “Pitch Please”. The same year also saw Stavros play Chris in the short comedy “Comedy Central Originals ‘Healthbit’.

In 2020, we saw him play Confused Waiter for ‘Al’s Pizza’, in the comedy “Inspector Ike”, written and directed by Graham Mason, and which starred Ikechukwu Ufomadu, Matt Barats and Ana Fabrega. It follows the best police detective in New York City, Inspector Ike. Most recently, in 2021 Stavros voiced a character in the episode “Incel in the Kitchen” of the animated drama “Monster Lab”, which follows a scientist who has just died in a house fire, while his assistants Uno and Katz have now found a strange book left by the scientist.

As of late-2021, Stavros is shooting for the upcoming comedy “Salesmen”.

Stavros has made a guest appearance in a number of talk-shows and podcasts, such as “People Talking Sports: And Other Stuff”, “Shane Torres Conquers Your Fears” and “Sex Fails”.

Each episodes of the podcast is between 60 and 90 minutes long, and features the trio as they’re having an unscripted conversation, improvising funny characters and sketches. Their jokes include racial stereotypes and sexually explicit scenarios – Nick Mullen is the best impersonator of the three, including of Barack Obama, Dwayne ‘The Rock’ Johnson and Gene Hackman, amongst numerous others.

The podcast can be listened to on Patreon, Spotify Audible and Apple Podcasts.

The three men have also received some criticism for their use of offensive irony, with their fans claiming that their jokes have turned into hatred and contempt; the show became a lot more popular after it was mentioned in the talk-show “Saturday Night Live”.

There are also some people who believe Stavros to be bisexual, and have claimed that he has been in several relationship with men. Stavros often makes gay jokes in his podcast, and this has made his fans wonder if he’s indeed gay.

As of September 2021, Stavros appears to be single, hasn’t married, and doesn’t have children.

Stavros isn’t physically active, and has quite a large belly, however, he seems to love his body, and has uploaded numerous pictures which feature him shirtless onto his Instagram account.

He’s into travelling, and has been to various US states, for both work and pleasure. Stavros is a huge football fan, and has travelled to attend various games.

He loves to watch animes in his spare time, and his favorites are “Digimon Adventure”, “Cowboy Bebop” and “Fullmetal Alchemist”. Stavros also enjoys Hollywood movies – his favorite actor and actress are Robert Downey Jr. and Scarlett Johansson, while a couple of his favorite movies are “Avengers: Infinity War”, “Avengers: Endgame” and “Lost in Translation”.

He’s keen on playing video games in his spare time, and has recently purchased a PlayStation 5.