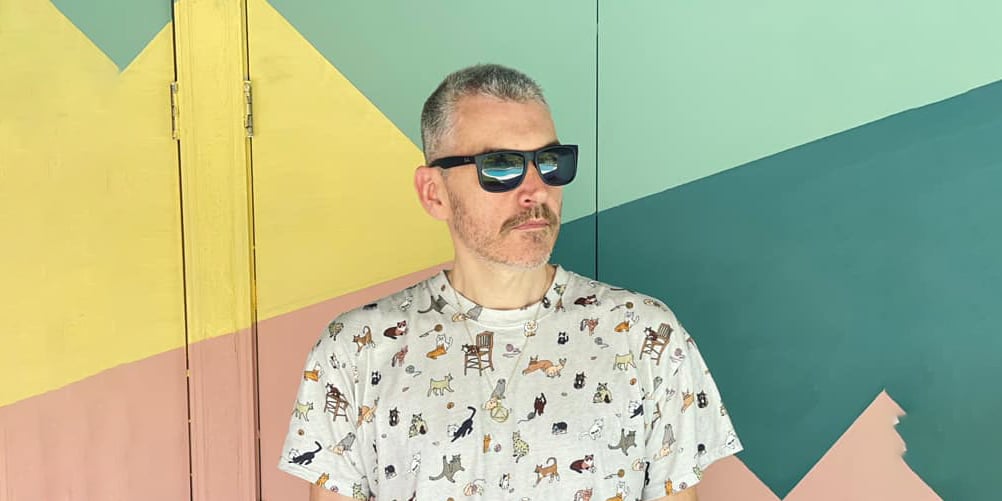 Who is Stephen Hilton?

Stephen Hilton was born on 7 February 1974 under the zodiac sign of Aquarius, in England – the actual place of his birth is unknown. He is a 47-year-old composer and record producer, probably best recognized for creating scores for such box office hits as “Megamind”, “The Amazing Spider-Man 2”, “Quantum Of Solace”, and “Zoolander”, among many others.

How rich is he, as of now? Stephen Hilton Net Worth

As of mid-2021, Stephen Hilton’s net worth is estimated at over $2.5 million, earned through his successful contribution to the entertainment industry.

Stephen Hilton spent his early years somewhere in England, probably raised by his parents, however, there is no information about their names and professions; it’s also unknown whether he has siblings or is an only child. He holds British nationality, belongs to White Caucasian ethnic group, and is a Christian. Stephen hasn’t shared any details about his education.

Stephen Hilton started pursuing his career when he began performing as an electronic musician at local underground clubs in England.

He was noticed by Depeche Mode, and invited to work with them on their song “Only When I Lose Myself”, which was released in 1998. In the following year, he collaborated with Pet Shop Boys on their single “Nightlife”, and furthermore he’s worked with Moloko, Pulp, Mel C, and Natasha Bedingfield, among many others.

He’s also worked as a composer and songwriter for Siouxsie Sioux – co-writing and producing the song “Drone Zone” – Craig Armstrong, Pati Yang, and David Holmes to name a few. Moreover, he has contributed to the works of some of the biggest music stars, including Pharrell Williams, Alicia Keys, Gwen Stefani, U2, and Chris Lake. Besides that, he has remixed songs for Primal Scream, Orbital, and No Doubt.

Stephen Hilton is also known for working on film score; his first project was the comedy “Plunkett & Macleane” in 1999, and later that year he worked on the crime thriller “The Bone Collector”, starring Denzel Washington and Angelina Jolie, and the spy film “The World Is Not Enough”, which is the 19th installment of the “James Bond” series, and later on the Bond films “Die Another Day” (2002) and “Quantum Of Solace” (2008).

His next major project came in 2001 when he made music for the Academy Award-winning musical romantic drama “Moulin Rouge!”, featuring Ewan McGregor and Nicole Kidman.

During the same year he worked on Steven Soderbergh’s heist comedy film “Ocean’s Eleven”, starring George Clooney, Brad Pitt, and Julia Roberts, and later made music for its sequels “Ocean’s Twelve” in 2004, and “Ocean’s Thirteen” (2007). By the end of the decade, he also arranged the music for the 2010 superhero animated film “Megamind”.

In 2011, Stephen Hilton served as a music designer for the sci-fi action “Transformers: Dark Of The Moon”, which is the third installment of the “Transformers” film series, and the action-adventure video game “Assassin’s Creed”. It was followed in 2013 by his work on the sixth part of the “Fast & Furious” series, entitled “Fast & Furious 6”, starring Vin Diesel and Paul Walker, and in 2014 the superhero film “The Amazing Spider-Man 2”, the second and final installment of the film series of the same title.

Two years later, he contributed to the music of the action thriller “Jack Reacher: Never Go Back” with Tom Cruise in the lead role, and is a sequel to the 2012 film “Jack Reacher”. Most recently, he composed additional music for Scott Cooper’s upcoming supernatural horror film “Antlers”, which is scheduled for release in October 2021.

Further Work as a Composer

Stephen Hilton has also written the original scores for numerous film titles. His first soundtrack came in 2006 for the short drama “The 18th Electricity Plan”, after which he made music for two British films, “New Town Killers” and “The Children”, both in 2008.

In the following year, he composed for the drama “Cherrybomb”, starring Rupert Grint, and the horror “Salvage”, which was followed by his work on the 2010 drama “Third Star”, with Benedict Cumberbatch and Tom Burke in the lead roles.

His next major project came when he wrote the scores for the NBC comedy series “Hungry”, which ran from 2013 to 2014. Afterwards, he produced music for the 2015 British-Serbian historical action film “Sword Of Vengeance”, after which he composed music for the 2016 action horror “Kill Command” and the 2017 thriller drama “Retaliation”. Besides that, he collaborated with famous composer David Holmes on the critically acclaimed historical drama film “Hunger” (2008) directed by Steve McQueen, and the action thriller film “Haywire” (2011).

Wow ! I did NOT see that coming! pic.twitter.com/eoBr32Ye58

Other Projects – FlyKKiller and The Free Association

Stephen Hilton is also known under the moniker FlyKKiller, which is the name of his debut project. It was an experimental trip-hop band formed by him and his ex-wife Pati Yang. They started releasing singles back in 2007, followed by their EP and several remixes. Later that year, the duo issued their debut studio album entitled “Experiments In Violent Light”, but soon afterwards they disbanded and divorced.

Later, Stephen Hilton co-founded The Free Association together with David Holmes and a band of Dobermans.

In 2003, they composed music for the sci-fi romantic drama “Code 46”, for which they received a nomination for European Composer of the Year at the 2004 European Film Awards. The band then worked on the biographical film “Stander”, also in 2003. They also released an album that was a critical success and they performed at various festivals as well as in BBC’s music show “Later… With Jools Holland”.

Stephen Hilton has short grey-dyed hair and blue eyes. He stands at a height of 5ft 9ins (1.75m), while his weight isn’t disclosed, and information about his vital statistics, biceps size, and shoe size is also unavailable.

Stephen Hilton has married twice; his first wife was Polish singer-songwriter Pati Yang, but little is known about how long they were together. Following their divorce, he went on to date social media sensation and actress Laura Clery – they met in 2011 and eventually tied the knot at a wedding ceremony sometime in the following year. They are the parents of two children, a son named Alfred Sound Hilton born on 20 April 2019, and a daughter named Penelope Marilyn Hilton, born on 30 March 2021. The family of four currently resides in Los Angeles, California.