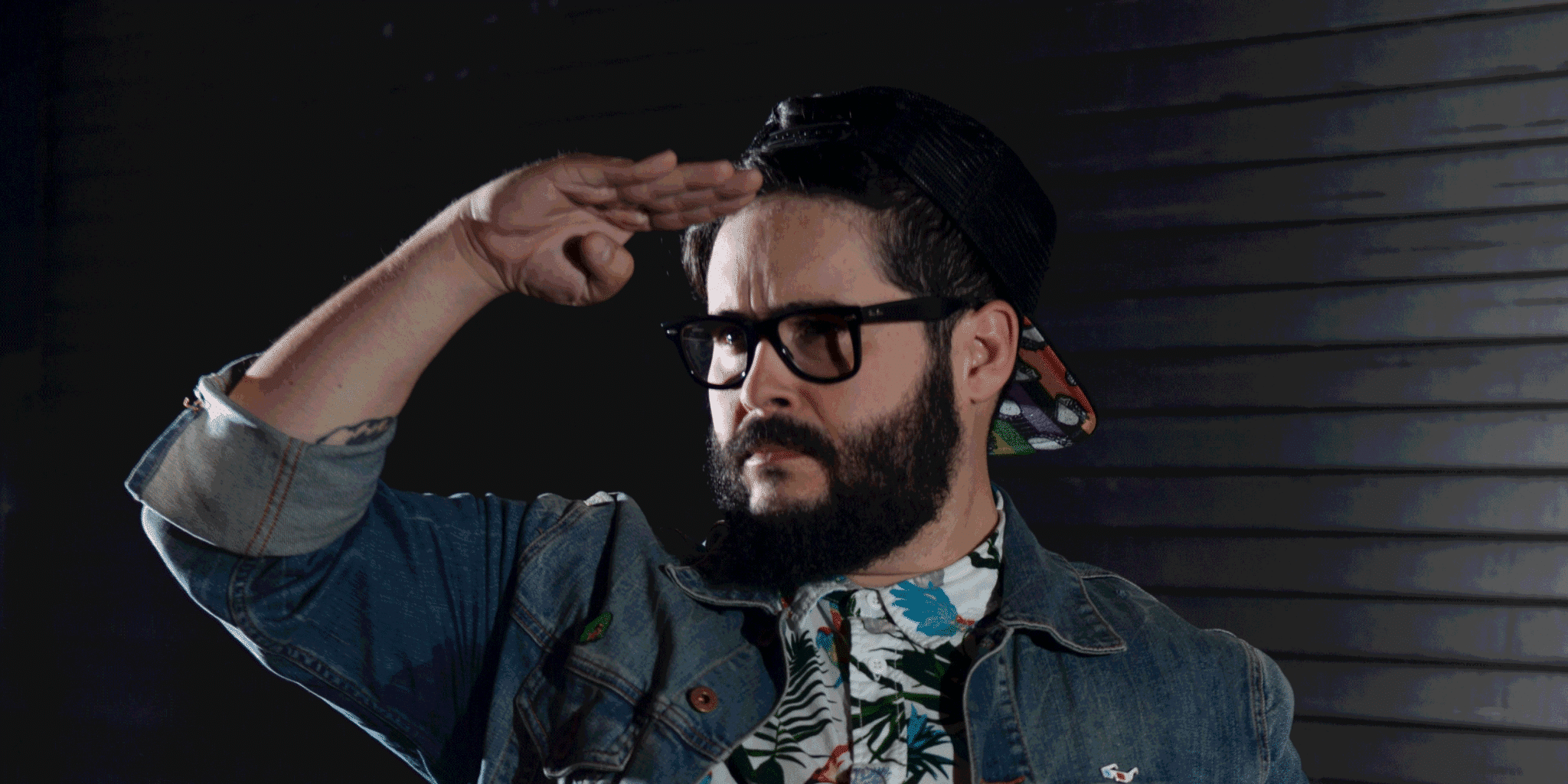 Who is Steve Zaragoza?

Steve Zaragoza is an American YouTuber, musician, singer/songwriter and web series host, best known to the world for his work on the YouTube channel SourceFedNerd, and co-founder of The Valleyfolk YouTube channel with his friends and former SourceFed members, Joe Bereta, Elliott Morgan and Lee Newton. Steve is also known as the inventor of the viral dance move “Endless 2-Step”.

Steven Zaragoza was born on 9 June 1982 under the Gemini zodiac sign, in Oxnard, California USA. He hasn’t shared much about his childhood, so the names of his parents remain unknown at the moment, but Steve grew up in Oxnard with his brother Frank, and went to Oxnard High School.

He then didn’t pursue any college degree, but instead focused on launching his online career.

Before his YouTube career started, Steve was featured in the music video “Too Drunk”, by Buckcherry, and worked in the music department on the film “Cloudy with a Chance of Meatballs”.

He joined SourceFed on 1 March 2012, as their recurring host and later a co-host. After focusing on science fiction films and news about the entire subculture, Steve became known to the public as a huge nerd, and this lead the entire SourceFed network to think about a bigger role for Steve; as a result, Steve got his own channel SourceFedNERD.

Steve was the main on SourceFedNerd from 2012 to 2015 during which time he created numerous videos, and increased the popularity of the show to over 500,000 subscribers before he left the network completely, and began making videos on his own channel.

Steve was becoming famous on his own, running his own YouTube channel, Steve Zaragoza, which grew to more than 110,000 followers. His channel was more personal, often talking about his personal endeavors, but also focused on the subculture of films and video games.

Some of his most popular videos on this channel include “Steve and Trisha’s Labyrinth of Jareth Adventure” which has 180,000 views, then “How’m I Doin?! (A Life Vlog)”, with over 115,000 views, and “LIFE UPDATE! SOURCEFED STUFF, PODCASTS, and POKEMON GO!”, with around 110,000 views, among several other videos that have only helped increase his popularity.

He ceased uploading new videos on his channel two years ago, but it was in 2018 that he started the YouTube channel and production company The Valleyfolk, a combined effort between him and his friends and colleagues from SourceFed, Joe Bereta, Lee Newton and Elliott Morgan.

Steve and the rest of the gang have now reached more than 245,000 subscribers and have close to 30 million views. Some of the most viewed videos on this channel are “BUD GUY by Billie Eilish but it’s BATMAN”, which has over one million views, then “Responding to H3H3”, with around 680,000 views, and “Will They TRIVIA BIDET! (ft. RHETT AND LINK)”, which has just over 510,000 views, in addition to many other videos that have only increased Steve Zaragoza’s popularity and net worth.

Steve is also an accomplished actor, and has secured a couple of popular voice roles and on-screen appearances.

In 2013 he started voicing Ned, the lead character in the animated series “The Misfortunes of Being Ned” through 2014, and then he was Iggy DeLacey in the TV series “Frankenstein, MD”. Two years later, he voiced various characters in the TV series “Nuclear Family”, while in 2020 he was Paul Schue-Horyn in the TV mini-series “Wayward Guide”, and is now working on the short film “Reply”, scheduled for release later this year.

Aside from SourceFed, Steve has worked with several other YouTube stars.

These include Phil DeFranco, who is the creator of SourceFed, but has worked with him on his The Philip DeFranco Show, which is a news commentary show that centers on current news and events in politics and pop culture. Steve also worked with Dane Beodigheimer as a voice behind characters in his many creations, including “The Annoying Orange”.

Unfortunately, Lee Newton isn’t a part of the Valleyfolk channel anymore, as she was ousted from the group, which caused a plunge in popularity for the channel and its members.

To speak further of controversies that affected Steve’s career, back in 2014 he co-hosted a video with Newton, in which they focused on charities refusing donations from Reddit, following the leaks of celebrities’ nude photographs, which Reddit commonly referred to as ‘The Fappening’.

After the video went viral, SourceFedNerd lost over 20,000 subscribers, but Steve and the rest of the crew won the Streamy Award for Best News & Current Events series

As of early 2022, Steve Zaragoza’s net worth has been estimated to be around $1 million, earned through his successful career as an online personality and actor.

When it comes to his personal life, Steve has often talked about events outside his professional career. He was married to Sara Zessin from 2006 until 2015; they didn’t have children together.

Following his divorce, it was rumored that Steve started a romance with his fellow SourceFed colleague Breana Danielle. However, neither Steve and Breana confirmed a romance. and it remained just a rumor.

He is currently in a relationship with a woman named Alana, of whom he speaks in his videos on The Valleyfolk channel.

Steve is known for his short black afro hair and a thick beard, while he has brown eyes. He stands at a height of 5ft 6ins (1.67m), while he weighs approximately 175lbs (80kgs). He has struggled with a few extra pounds his entire life, and has had periods during which his weight was optimal, but has since returned to old ways.

Interested in the film and video games subculture, Steve is a huge fan of the ComicCon and VidCons and has guested at several conventions, both for work and pleasure. One of these appearances was at LeakyCon in 2014, thanks to his starring role in the show “Frankenstein, MD”.