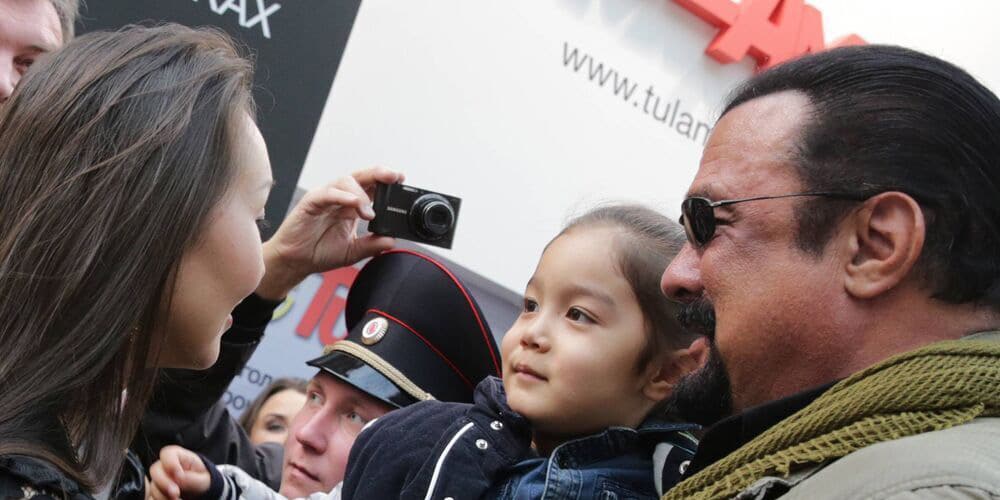 Who is Miyako Fujitani?

Miyako Fujitani is a Japanese martial art instructor, writer, actress, and founder of Tenshin Dojo, though she is perhaps best known to the world as the ex-wife of famous American actor and martial artist Steven Seagal.

Miyako Fujitani was born on 3 February 1952 under the Aquarius zodiac sign, in Osaka, Japan. She hasn’t talked much about her parents, but it’s known that she is the daughter of a martial arts instructor, and that she took an early interest in fighting skills.

She has trained Aikido for the better part of her life, but hasn’t talked about her formal education.

She started her own Tenshin Dojo temple, and has been practicing Aikido for more than 50 years, now holding the rank of 7th dan. Furthermore, Miyako has received a first-degree black belt from the founder of Aikido, Morihei Ueshiba.

The two met at Los Angeles airport in July 1974. Steven moved to Japan to train Aikido under Miyako’s father’s guidance, and she and Steven bonded over the mutual love for Aikido.

The two started a romantic relationship, and married in December of 1974. They welcomed two children, Kentaro who was born in 1975, and daughter Ayako, born in 1979.

Unfortunately, they divorced in 1987, as Seagal moved back to the US and started a romance with another woman.

Miyako would remain unknown to the wider public, but as Seagal’s popularity increased, her name also started appearing in the media. She has remained in Japan, focused on raising her children and operating her Tenshin Dojo temple.

As of late 2021, Miyako Fujitani’s net worth has been estimated to be around $1 million, earned largely through her successful career as a martial arts instructor.

The prominent martial arts instructor has black hair and brown eyes. She stands at a height of 5ft 5ins (1.65m), while she weighs approximately 110lbs (50kgs). Her vital statistics are unknown, though she has a slim figure.

Born Ayako Faith Fujitani on 7 December 1979, in Osaka, Japan, she is the younger of two children born to Miyako and Steven. She is fluent in English and Japanese languages, and during her teenage years she often switched time to live in Osaka and Los Angeles. While in Los Angeles, Ayako studied English and acting, which made her skilled enough to start writing for the Japanese magazine Roadshow. She continued to write, and published the novel “Touhimu”, which translates to Flee-Dream and “Yakeinu” (Burnt Dog).

Her first novel was later adapted as the film “Shiki-Jitsu”, for which she worked on the screenplay with writer and director Hideaki Anno. To speak further of her accomplishments as a writer, she has worked with a number of national publications, and has published both fiction and non-fiction essays and short stories. Ayako has co-written the short film “A Rose Reborn” directed by Park Chan-wook, and commissioned by Ermenegildo Zegna.

Ayako is an accomplished actress as well; she made her acting debut in 1995 in the role of Asagi Kusanagi in the film “Gamera: Guardian of the Universe”, and since then has appeared in 20 film and TV titles.

Ayako has been married to Spanish screenwriter Javier Gullon since 2016, and the couple has welcomed two daughters, Tora born in 2016, and Sumino in 2020.

According to sources, Ayako Fujitani’s net worth has been estimated to be around $12 million as of late 2021.

Kentaro Seagal was born on 3 October 1975, in Osaka, Japan. Kentaro is the oldest of Steven Seagal’s children, and in addition to his biological sister, Kentaro has six half-siblings from his father’s relationships.

He grew up in Osaka, and after junior high school, he moved to the US, where he attended the co-educational independent boarding school Brewster Academy, in Wolfeboro, New Hampshire.

After matriculating, Kentaro enrolled at the University of Southern California, but there is no clear information as to what he studied, or whether he graduated or not, as his acting career started.

He made his debut in 1999 in the role of J.B. in the film “Seamless”, and appeared in a few other projects, including in the role of Tatsuo in the film “Pi-Pi kyodai” (2001), before starring as Sid in the fantasy action-adventure film “Death Trance” in 2005, which is his most prominent role to date, as he then switched focus to martial arts.

Martial arts run in his family – he pursued a career in Aikido, and is now a 4th dan black belt. Moreover, he operates the Tenshin Dojo studio in the US, while his mother is responsible for the studio in Japan.

When asked about his father, Kentaro has said that the two aren’t on speaking terms, and he isn’t keen on working out their differences.

Kentaro Seagal is a married man; his wife is Yin Tze, and the two have been married since 2005, and have a son together, though he hasn’t revealed his son’s name.

According to sources, Kentaro Seagal’s net worth has been estimated to be around $300,000 as of early 2021.