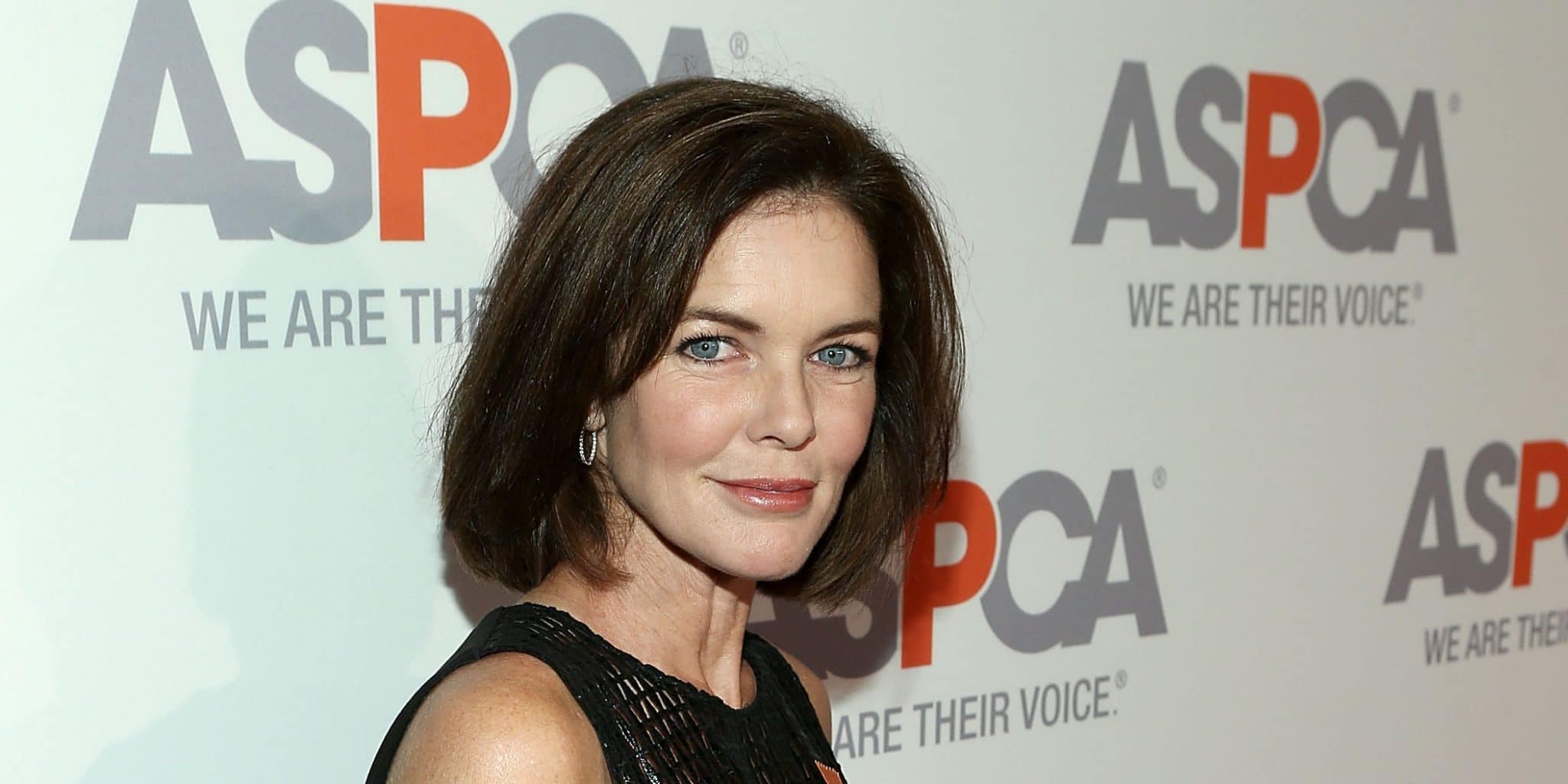 Who is Susan Walters?

Susan Walters was born in Atlanta, Georgia USA, on 28 September 1963 – her zodiac sign is Libra, and she holds American nationality. She’s an actress, perhaps known best for her role as Diane Jenkins, in the daytime soap opera “The Young and the Restless”, as well as for playing the character Natalie Martin in the MTV series “Teen Wolf”.

Susan grew up in the Chamblee, a suburb of Atlanta. After matriculating from a local high school, she moved to New York City to pursue a career in the entertainment industry. She attended acting classes while also working as a model on the side. Through her modeling agency, Elite, Susan was cast in several TV commercials, which helped her land her first TV series role, in the ABC soap opera “Loving”.

Susan made her TV series debut in 1983, when she appeared as Lorna Forbes in the pilot of “Loving”, then between 1983 and 1986, she made appearances in eight more episodes of the series. After her contract with ABC ended in 1986, she moved to Los Angeles, California, hoping to pursue roles in more high profile TV and film projects.

Her next TV series role was in the last season of the romantic drama “Hotel”, created by John Furia and Barry Oringer, and which starred James Brolin, Connie Sellecca and Nathan Cook. Between 1990 and 1992, Susan played the recurring character Mary Beth Sutton, in the sitcom “Dear John”, centered on a divorced man who is trying to rebuild his life after losing everything to his ex-wife.

In 1993, she guest starred as Jerry’s girlfriend, Dolores Mulva, in an episode of the sitcom “Seinfeld” entitled “The Junior Mint”. Three years later, she reprised her role in the series, in the episode of season eight dubbed “The Foundation”.

In 1998, she played the role of Christine Denton in the long-running daytime romantic drama “Melrose Place”. Three years later, she became a cast member of another long-running daytime drama, “The Young and the Restless”, the sister series to the popular soap opera “The Bold and the Beautiful”, created by William J. Bell and Lee Phillip Bell. It’s been airing on CBS since 26 March 1973, making it one of the longest running series in the world.

The series storylines initially involved two families, the wealthy Brooks and the working-class Fosters, with other characters being added later on. Susan played the role of Diane Jenkins, one of the main antagonists previously played by Alex Donnelley, making her last appearance in the show in 2010.

Between 2009 and 2013, Susan played the role of Carol Lockwood in the popular teenage supernatural drama “Vampire Diaries”, which starred Nina Dobrev, Paul Wesley and Ian Somerhalder. Another notable TV role for Susan, was a recurring one in 24 episodes of the action fantasy drama “Teen Wolf”, which aired between 2011 and 2017.

Throughout her career, she’s made guest appearances in numerous critically acclaimed TV series, including “Murder, She Wrote”, “Providence” and “CSI: Crime Scene Investigation”.

In eaerly 2021, we saw Susan appear in two episodes of the crime mystery drama “Tell Me Your Secrets”, centered on a trio of characters with a troubled past.

Susan made her film debut in the 1987 comedy drama “Russkies”, directed by Rick Rosenthal, and which starred Whip Hubley, Leaf Phoenix and Peter Billingsely. In the following year, she starred as Priscilla Presley in the biographical drama “Elvis and Me”.

In 1997, she appeared in the romantic comedy “’Til There Was You”, written by Winnie Holzman, directed by Scott Winant, after which she concentrated on TV roles, not appearing in movies for several years until the 2010 drama “Blood Done Sign My Name”, based on the true story of the 1970 murder of black veteran Henry Marrow.

In the following year, she had a small role in the crime action comedy “Big Mommas: Like Father, Like Son”, the third and final installment in the “Big Momma” film series. The film was a commercial success, grossing more than $82 million against the $32 million budget, despite being poorly reviewed by the critics, and receiving three Golden Raspberry Awards for worst acting performances.

In 2014, Susan appeared alongside Jeremy Renner, in the biographical drama about the journalist Gray Webb, entitled “Kill the Messenger”. Her most recent movie role was in the 2021 horror mystery drama “Aftermath”, written and directed by Peter Winther, centered on a young couple who start living in a luxurious house with a questionable past.

Susan has been married to fellow actor, Linden Ashby since April 1986. The two met three years prior, while filming an episode of “Loving” together. Since then, they have shared the screen in several TV series, such as “Melrose Place”, “The Young and the Restless” and “Teen Wolf”.

Susan and Linder have two daughters together, Frances born in 1991, and Savannah in 1992. The family currently resides in Palm Springs, California

When she is not busy with work, Susan likes to take long trips on her bicycle.

She likes to watch football in her spare time, and is a fan of the football teams Georgia Bulldogs and Los Angeles Rams.

Who is Susan’s husband Linden Ashby?

Linden Ashby was born in Atlantic Beach, Florida USA on 23 May 1960 – his zodiac sign is Gemini, and he holds American nationality. He’s an actor, perhaps known best for playing the role of Cameron Kristen, in “The Young and the Restless”.

Linden’s father, Clarence Ashby was a pharmaceutical manufacturer, while his mother was a civil organizer. In 1978, he matriculated from The Bolles School, a private high school in Jacksonville, Florida. He enrolled at Fort Lewis College in Durango, Colorado, but dropped out after his second year to pursue an acting career. He then moved to New York City, where he studied acting at the renowned Neighborhood Playhouse.

He made his acting debut in 1985, in the ABC soap opera “Loving”, playing the role of Curtis Alden. In 1994, he appeared alongside Kevin Costner, in the biographical western film “Wyatt Earp”, written and directed by Lawrence Kasdan.

In 1997 and 1998, he played the role of Dr. Brett Cooper in the daytime drama series “Melrose Place”. Perhaps the most significant role for Linden came in 2003, when he joined the cast of the popular soap opera “The Young and the Restless”. Five years later, we saw him in another soap opera, “Days of Our Lives”, in which he played the role of Paul Hollingsworth.

Aside from acting, Linden is also trained in martial arts. Since he was 21, he has been studying Karate, Kung Fu and Tae Kwon Do.

As of September 2021, his net worth is estimated at more than $1 million.