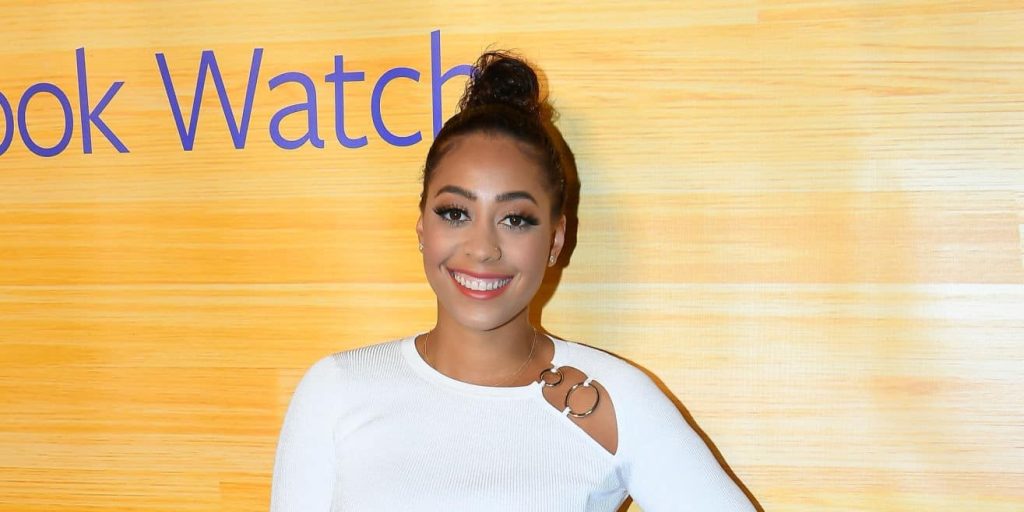 Who is Sydel Curry?

Sydel Curry is an American former college volleyball player, and social media star, best known to the world for being a part of the well-known sports family.

Sydel Alicia Curry was born on 20 October 1994 under the Libra zodiac sign, in Charlotte, North Carolina. She is the youngest child and the only daughter born to famous former National Basketball Association (NBA) star Dell Curry, and his high school sweetheart Sonya Adams. Her brothers are Stephen and Seth Curry, who now both play in the NBA.

During her childhood, Sydel and the family moved a lot due to her father’s NBA career, as he played for various teams.

She lived in Charlotte, Milwaukee, and Toronto as well, which she liked the most, but ultimately returned to Charlotte. Growing up she loved playing volleyball, and while in middle school she chose that as her sports activity. During her years in Toronto, she attended Queensway Christian College, while in Charlotte she went to Charlotte Christian School. Once she matriculated from high school, she enrolled at Elon University in North Carolina, from which she obtained a Bachelor’s degree in psychology in May 2017.

Accomplishments as a Volleyball Player

Sydel played for her high school volleyball team, showcasing her skills during the four-year-long span, and led the team to Southern Section Division IV titles twice. She was named Player of the Year, and in 2013 Sydel was named best player by the NCISAA (North Carolina Independent School Athletic Association) and Parade Magazine All-American. Together with the team, she set the school record for the most wins in the season, with 38 in her senior year.

She enrolled at Elon University on an athletic scholarship thanks to her amazing games in high school.

Unfortunately, a knee injury kept her sidelined in the first year, but she posted some amazing results in the second and third year before an anterior cruciate ligament (ACL) injury hindered her career. She ended her college volleyball career with 2381 assists, which put her in eighth position in the school’s history. Unfortunately, injuries stopped her from achieving much more, and following the end of her studies, Sydel decided to end her playing career as she felt that she couldn’t play at the highest level, after several leg injuries and being concussed five times over the course of her playing period.

Sydel started focusing on other interests; at first she started working as a service concierge at Tesla, however, her aspirations were far higher than working in a corporation. Instead, she desires to put her degree to good use and become a marriage and family counselor. However, that is a dream on a bigger scale and until that happens, she’s focused on other aspirations. Alongside her brother’s wife Ayesha Curry, has launched a wine label which they named Domaine Curry. Moreover, Sydel has started her own podcast “Because Life”, and a number of episodes can be found on the Apple Podcasts platform.

She launched her YouTube channel in 2017, and began uploading videos covering various topics, from make-up tutorials to lifestyle videos, and daily vlogs showcasing her life to her fans. Sydel has amassed around 100,000 subscribers, and her videos have been viewed more than six million times. Some of her most popular videos include “Husband Puts Me Through a Basketball workout”, with over a million views, then “Telling Family and Friends That I am Pregnant”, with over 600,000 views, and “Mom & Daughter Q&A”, which has been watched around 500,000 times, among many other videos that have increased her popularity.

When it comes to her personal life, Sydel has put her life on for everyone to see through her YouTube channel. She met her future husband, Damion Lee in 2016, while she was still at university and started going out, however, they made it official only six months later. The two married on 1 September 2018 at the Charlotte Marriott City Center in Charlotte. The couple doesn’t have children, but she is now pregnant with their child, a boy, and in a recent video revealed that she was 36 weeks pregnant.

Her husband is a professional NBA player, born on 21 October 1992 in Baltimore, Maryland USA. He was undrafted in the 2016 NBA Draft, but has since found his way into the NBA and played for the Atlanta Hawks, while he’s now a member of the Golden State Warriors, for which her brother Stephen Curry also plays.

As of late 2021, Sydel Curry’s net worth has been estimated to be around $300,000, earned through her career as an online content creator.

She has a matching tattoo with her father, which says “Bow ya neck”, which means “Man up” in the south of Virginia.

Sydel is an avid animal lover and has two pet dogs named Quavo and Nobu.

She is rather religious and has relied on faith and God on the whole during some of the toughest times in her career and life.