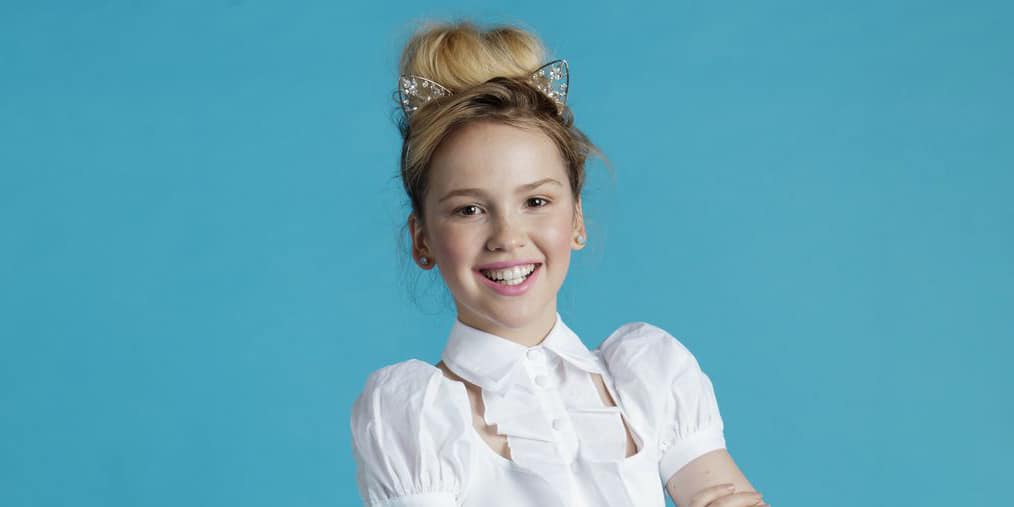 Who is Talitha Bateman?

Talitha Eliana Bateman was born on 4 September 2001 under the zodiac sign of Virgo in Turlock, California USA. She is a 20-year-old actress, probably best recognized for landing the role of Janice in the supernatural horror film “Annabelle: Creation” (2017), playing Nora in the romantic comedy-drama film “Love, Simon” (2018), and featuring as Alexis Logan in the Netflix sci-fi drama series “Away” (2020).

How rich is she, as of now? Talitha Bateman Net Worth

As of mid-2021, Talitha Bateman’s net worth is estimated at over $2 million, acquired through her successful involvement in the world of entertainment as a professional actress, who has garnered 25 television and film acting credits since she launched her career in the early 2010s.

Talitha Bateman spent her early years in her hometown of Turlock, where she was raised in a big family by her father, Tim Bateman, and her mother, Jonelle Bateman; however, their professions aren’t revealed. She has seven siblings – four elder brothers named Aleq, Justin, Judah, and Noah, two elder sisters named Leah and Hannah Rochelle, and a younger brother named Gabriel, who is also an actor.

She holds American nationality and belongs to White Caucasian ethnic group. She is Christian. Regarding her education, Talitha is homeschooled. She developed her love for acting and performing alongside her brother Gabriel under the influence of their elder sister. Her family even formed their own group, called We Urchins, and they performed at local fairs and other local events.

Talitha Bateman started pursuing her professional career as an actress at the age of 11 when she made her debut feature film appearance in a small role in the 2012 action comedy film “George Biddle, CPA”, which was written and directed by Nick Walker.

Her debut TV appearance came in the next year with the role of Girl Glossner in the episode “The Kiss” of the ABC sitcom “The Middle”, next to Patricia Heaton and Neil Flynn. It follows the life of a lower-middle-class family in Indiana. During the same year, she also appeared in the short drama film “The Park Bench”. It was followed by her portrayals of a granddaughter in the short family drama film “Life Grows On” and Beef in the short comedy film “We Make That Lemonade”, both in 2014. Later that year, she featured as Kayla in the sci-fi horror film “The Hive” and had a small part in the Lifetime romantic thriller film “Petals On The Wind”, but it went uncredited. It is a sequel to the 2014 adaptation of “Flowers In The Attic” and is based on the Dollanganger series by V.C. Andrews.

Talitha Bateman landed her first recurring role in 2015 ,when she played Scarlett Kincaid in three episodes of the CW’s comedy-drama series “Hart Of Dixie”, alongside Rachel Bilson and Jaime King. She then landed a small role in the sci-fi action film “The 5th Wave” in 2016. Her first leading role in a film came later that year with her portrayal of Heidi It in the independent drama film “So B. It”, directed by Stephen Gyllenhaal and based on Sarah Weeks’ novel of the same title. It follows a young girl who travels across the country with a mentally disabled mother to find out more about their past.

She was praised for her performance in the film, which was followed by her appearance as Nicole Camden in the family comedy-drama film “Nine Lives”, sharing the screen with Kevin Spacey, Jennifer Garner, and Christopher Walken, also in 2016. The film was a modest commercial success even though it was panned by critics.

In 2017, Talitha Bateman gained enormous popularity when she was chosen to play Janice in the supernatural horror film “Annabelle: Creation”, which is a prequel to the 2014 film “Annabelle”. The film was directed by David F. Sandberg and premiered at the LA Film Festival.

It was a huge critical and commercial success, grossing over $306 million against a budget of $15 million. The film earned her an MTV Movie & TV Award nomination for Most Frightened Performance as well as a National Film and Television Award nomination for Best Breakthrough Performance. During the same year, she also took the part of Bethie Maguire in the action thriller film “Vengeance: A Love Story”, next to Nicolas Cage, Don Johnson, and Anna Hutchison, and featured as Hannah Lawson in Dean Devlon’s sci-fi disaster film “Geostorm”, alongside Gerard Butler, Ed Harris, and Andy Garcia.

Not too late to join the #robertthebrucewatchparty NOW or any time. Our awesome cast would love to hear what you think! 🗡 pic.twitter.com/1N0Ynm7xgZ

Also in 2017, she guest-starred as Sophie in the episode “Stuck With A New Friend” of the Disney Channel family comedy series “Stuck In The Middle”.

She then made a guest appearance as Laura Moore in the episode “A Story Of More Woe” of the highly popular NBC crime drama series “Law & Order: Special Victims Unit” in 2019. Later that year, she was also cast as Iver in Richard Gray’s historical fiction war film “Robert The Bruce”, next to her brother Gabriel Bateman, and then played Jordan Harris in the supernatural horror film “Countdown”, along with Elizabeth Lail and Jordan Calloway. Most recently, she featured in the main role of Alexis Logan in the Netflix sci-fi drama series “Away” in 2020; however, the series was canceled after a single season.

Talitha Bateman isn’t very open when it comes to speak about her love life, and manages to keep all information about it away from the eye of the public; she’s never been spotted with any guy. It is believed that she is single at the moment and focused on her professional acting career. She currently resides with her family in Los Angeles, California.