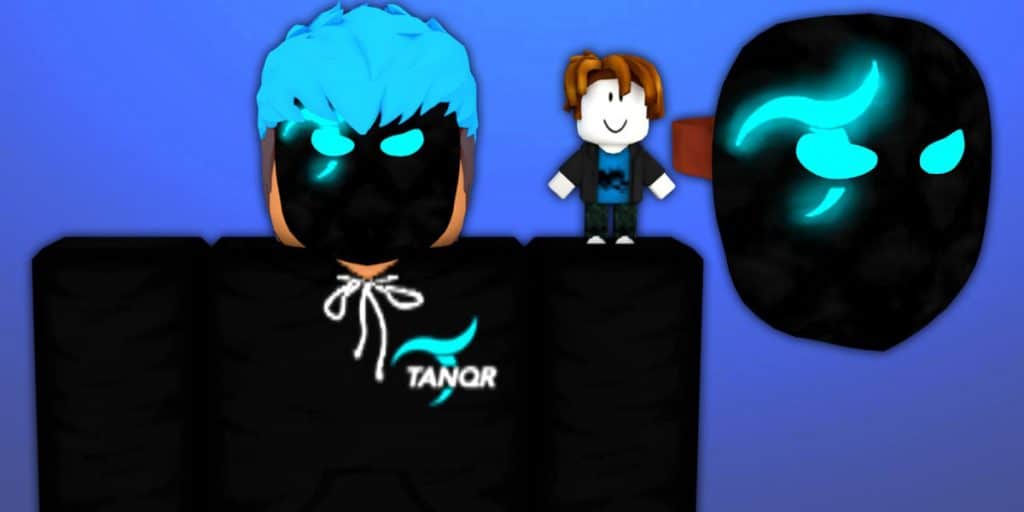 Liam Preslin was born in England on 31 December 1999 – his zodiac sign is Capricorn, and he holds British nationality. He’s a YouTuber and a social media star known as TanqR, who’s mostly focused on uploading content related to the online game creation system Roblox, while he’s perhaps known best for his eponymous YouTube channel, which he launched on 18 October 2014. It’s today subscribed to by close to 2.1 million people, and numbers over 540 million views of all TanqR’s videos combined, which mostly feature him playing the Roblox games “Arsenal” and “BedWars”.

TanqR was raised in England alongside his brother and sister, by their father who’s today trying to become a YouTuber himself, and their mother who prefers to be left out of media; TanqR’s father’s YouTube channel “OldManGamingHD” is subscribed to by over 80,000 people, and he’s also focused on uploading Roblox content.

TanqR became interested in playing video games while still attending a local elementary school – his first consoles were PlayStation 1 and 2, while he then continued gaming on PC. He became physically active upon enrolling at a local high school, as he began playing soccer for the school’s team, and occasionally basketball and tennis with his friends.

Upon matriculating in 2017, TanqR didn’t enroll at college, but remained focused on his career on the internet.

TanqR’s probably known best for his skills at Roblox, but also for helping his fans learn to play the game, and for his sense of humor. We’re about to mention three of TanqR’s most popular YouTube videos, which have helped him amass many subscribers.

His #1 video “how many LEVELS can I get in 1 Hour.. (Roblox Arsenal)” has been watched close to nine million times since 5 August 2020 – the title’s quite self-explanatory.

His second most popular video “I WAS HIRED TO TARGET TOXIC PLAYERS.. (ROBLOX)” has been viewed more than 7.7 million times since 13 March 2020, and features TanqR killing the Roblox characters of toxic people.

His third most popular video “I Met A TOXIC Arsenal Player, So I 1V1d him… (ROBLOX)” has been watched more than 7.5 million times since 15 February 2020, and features TanqR playing 1v1 against a toxic Roblox player.

TanqR launched his second YouTube channel – “Leeyum” – on 4 April 2020, and is today subscribed to by more than 160,000 people, and already numbers over 10.4 million views of all his videos combined. He’s also uploading Roblox content onto the channel, but in a slightly different manner, as he’s mostly focused on discovering other Roblox games.

The channel’s most popular video – “TanqR Arsenal Disstrack – Official Video” – has been watched more than 800,000 times since 28 April 2020, and features TanqR singing his original song.

The channel’s third most watched video “I didn’t even mean that but thanks rolve..” has been viewed over 430,000 times since 21 February 2021 – it lasts only 10 seconds, and features him headshoting a Roblox player with a sniper rifle.

TanqR is present on various social media networks, but isn’t as active as one might have thought.

He’s uploaded only a single picture onto his Instagram account, and is today followed by just 100 people; TanqR seems to be using this account only to promote the merchandise he’s selling on the website Teespring.

He launched his Twitter account in October 2014, and it’s today followed by close to 80,000 people, although TanqR’s tweeted only 14 times.

His Facebook page is followed by over 400 people, and he also has a TikTok account, which is followed by more than 9,000 fans, and numbers over 30,000 likes of all his videos combined, most of them featuring him playing Roblox.

TanqR’s highly secretive when it comes to his love, but has still allowed his fans a glimpse into it.

In 2018, he started dating a girl named Aimaye, but hasn’t featured her in any of his videos. She appears to be a Roblox YouTuber as well, and her YouTube channel-  “Aimaye Beth” – is today subscribed to be more than 1,200 people, and numbers over 80,000 views of all her videos combined. Aimaye hasn’t revealed any details regarding herself, and some believe that TanqR is no longer dating her.

There are some who believe TanqR to be gay, and that this is why he avoids talking about his love life; this hasn’t been confirmed, nor has TanqR commented on this.

As of August 2021, he appears to be single, hasn’t married, and doesn’t have children.

TanqR spends the majority of his time in front of his PC screen, and this is perhaps why he eventually decided to start going to the gym. He today has multiple sessions every week, mostly as it’s important for his health to have some physical activity.

He’s a huge lover of animals, with his favorites being dogs and cats.

Some people believe TanqR to be a hacker, and have reported him to Roblox administrators, however, it turned out that he’s just more skilled than other players.

He likes to watch movies in his spare time, and his favorite actors and actresses are Robert Downey Jr., Johnny Depp and Julia Roberts, while a couple of his favorite movies are “Iron Man”, “Avengers: Endgame” and the franchise “Pirates of the Caribbean”.

TanqR’s also into animes, and a couple of his favorites include “Cowboy Bebop”, “Death Note” and “JoJo’s Bizarre Adventure”.