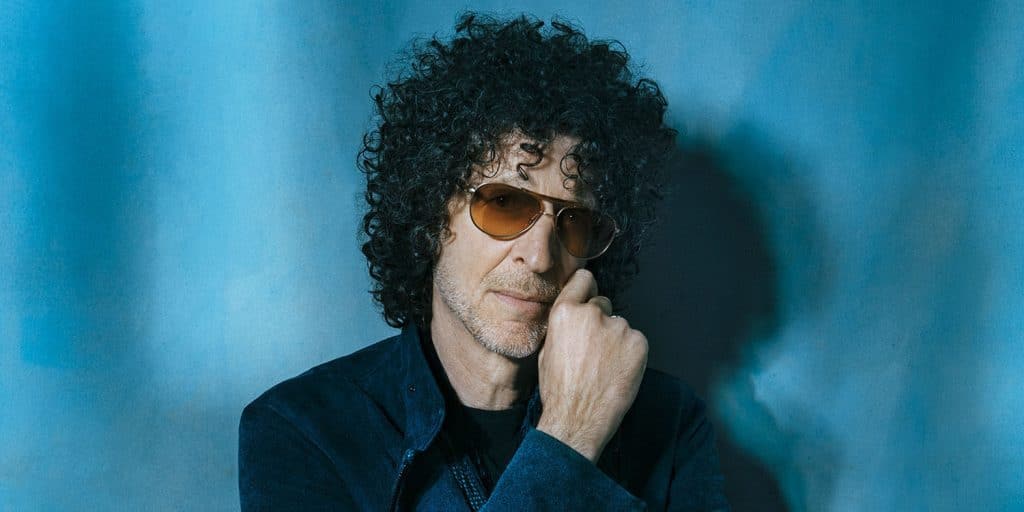 The Truth About Howard Stern and Alison Berns’ Relationship

Howard Stern is known as the ‘King of All Media’, and the host of “The Howard Stern Show,” a popular radio show. He had a great love story with his first wife, Alison Berns, but they still divorced in 2001.

Howard Allan Stern was born in Queens, New York City USA, on 12 January 1954, into a Jewish family of parents Ben and Ray Stern – he has an elder sister named Ellen with whom he grew up in the neighborhood of Jackson Heights. His mother Ray worked as an office clerk and an inhalation therapist, whereas his father Ben, was in the US Army on Long Island and in California, after which he worked as a radio engineer at WHOM in Manhattan.

He was also the operator and co-owner of Aura Recording Inc., a studio where cartoons and advertisements were edited.

He and enrolled into a Hebrew School as well when his family moved to Roosevelt, New York, on Long Island in 1955. In 1976, he earned a bachelor’s degree in communications from Boston University.

His career as a radio host began when he worked at the radio station of Boston University when he was still a student. After graduating from college, he had on- air jobs in the cities of Hartford, Connecticut, and Detroit, Michigan. He and his partner, Robin Quivers, used the popular format when he got another radio hosting job in Washington, DC, but the show made fun of lesbians and joked about sex and celebrities.

The show became popular in Washington, but eventually they were fired following a disagreement with station management. In 1982, they still had contracts with other stations, but the same conflicts happened, leading to their dismissal.

His “The Howard Stern Show” debuted on WXRK-FM in New York in 1985, but caught the attention of the Federal Communications Commission (FCC) because of its racist content and misogynist nature. The show was fined more than $2 million in the late 1990s, and many groups boycotted it. Due to the scrutiny, he signed a five-year contract with Sirius Satellite Radio, now known as Sirius XM Radio, in 2004, which isn’t subject to FCC restrictions.

His first show on the station aired on 9 January 2006, and when both the station and he benefited enough from the show, he eventually resigned. His memorable interviews were broadcast and taped, and he hosted short-lived television shows.

In 1993, he published his best-selling autobiography, “Private Parts.” His “Miss America” book, is a compendium of his opinions on a wide range of themes released in 1995, and became one of the best-selling books that year.

He played the role of himself in his adapted film of “Private Parts” in 1997. Despite the criticism, the film became a success and earned a huge profit.

Howard has married twice – his first marriage lasted 21 years, but he has been with his current wife for more than 13 years.

Alison Berns is an American former actress and radio personality. Her birthdate is 26 May 1954, in Newton Center, Massachusetts, USA. She matriculated from Newton North High School in Newton, Massachusetts, and graduated from Boston University with a degree in social work in 1976.

She continued her studies at Columbian University in New York and received her Master’s degree in social work, specializing in psychotherapy and psychoanalysis.

Howard and Alison met through a friend while they were still studying at Boston University. She was featured in his documentary about “Transcendental Meditation,” and they began dating soon after. They married after graduating, on 4 June 1978 at the Temple Ohabei Shalom in Brookline, Massachusetts. Emily Beth Stern, Deborah Jennifer Stern, and Ashley Jade Stern are Howard and Alison’s three daughters.

The couple separated in 1999, and their divorce was formalized in 2001 with an amicable settlement. In 2011, he told Rolling Stone that the end of his first marriage upset him because he let his family, children, and ex-wife down. Alison has been married to David Scott Simon, a businessman in New York, since 23 November 2001.

Beth Ostrosky is an American actress, model, and animal rights advocate, born in Pittsburgh, Pennsylvania, on 15 July 1972. She attended Pittsburgh University before moving to New York to seek a career in modeling.

Her beauty captivated numerous executives, appearing on the cover of several calendar magazines. She was included in the Top 100 Sexiest Women of the Year from 2002-2004 and again in 2007 by “For Him Magazine (FHM).” Aside from modeling, she also ventured into acting, debuting in the film “Flirting with Disaster.”

Since she loves animals, she became the spokesperson of the North Shore Animal League of America.

Howard started dating Beth in 2000, having met at the party of a mutual friend. On 14 February 2007, he announced their engagement on his radio show, and they married the following year on 3 October at Le Cirque restaurant in New York City.

As of early 2022, Howard’s net worth is estimated at almost $700 million, and has an annual salary of reputedly $90 million, while his wife’s wealth is nearly $50 million. He has earned his fortune from acting, producing films and television, and hosting, whilst Beth has benefited from acting, writing, and modeling.