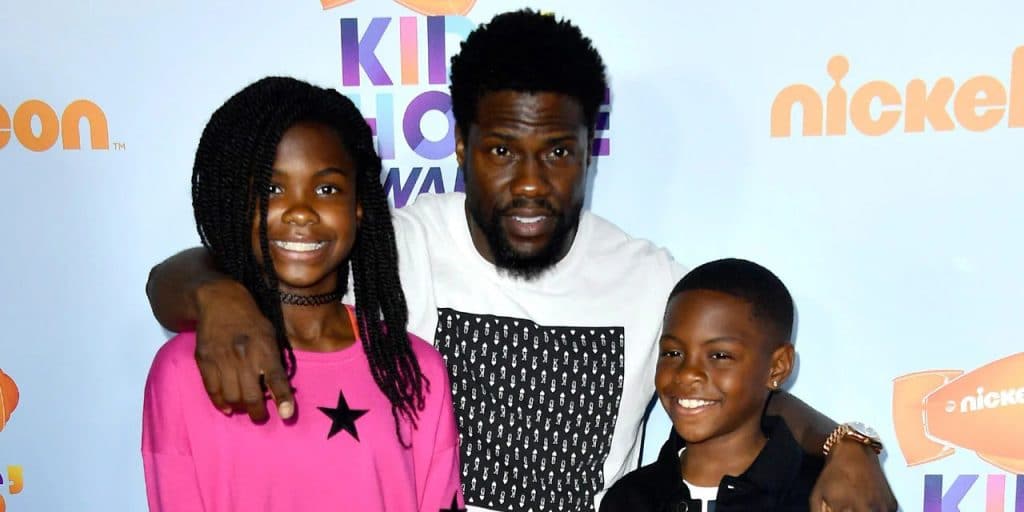 The Untold Truth About 16yo Kevin Hart’s Daughter, Heaven Hart

Heaven Hart is a popular teenager, but only really known because she’s the daughter of the comedian and actor Kevin Hart. This biography gives detailed information on Heaven Hart and her family; keep reading.

Heaven Hart was born on 22 March 2005 under the zodiac sign of Aries, in the USA, to parents Kevin and Torrei Hart. She is of Afro-American ethnicity and holds American nationality.

Her mother Torrei is a TV personality, best known for being in the show “Atlanta Exes”, while her father is a stand-up comedian and actor.

Five years after Heaven was born, her parents went their separate ways; their divorce proceedings were finalized in November of 2011.

They remain cordial, and share joint custody of Heaven and her younger brother, Hendrix.

Heaven is still a student, yet to venture full-time into any profession. She interns at her father’s production company, ‘HartBeat Productions’, and sometimes she and her brother Hendrix visit their father on film sets, so learning how the entertainment industry works.

Heaven’s father is highly involved in her life. When she turned 16, he surprised her with a Mercedes Benz GLC and gave her driving lessons. The teenager has a private Instagram account (@hevenhart4real) with over 2,000 followers.

Heaven Hart is quite tall and has average weight. She has long black curly hair, which she styles frequently, and brown eyes. Her dressing style is simple, as she mostly wears jeans and tee-shirts.

At the time of writing in late-2021, Heaven doesn’t yet have independent wealth, but her father is reportedly worth over $200 million. Kevin Hart owns many properties in and outside the US, including a Calabasas mansion valued at $7 million. His properties in Los Angeles sum up to 42 acres of land.

Who is Kevin Hart?

He was born on 6 July 1979 under the Cancer star sign, in Philadelphia, Pennsylvania USA.

His father, Henry Witherspoon was a drug addict, and spent a lot of time in prison, so the responsibility of raising Kevin (and his older brother Robert), fell solely to their mother, Nancy Hart. She worked at the Office of Student Registration and Financial Services at the University of Pennsylvania. Wanting a better life for her son, Nancy signed Kevin up for swimming classes and everything else that could improve his prospects.

Despite being raised in a Christian home, faith was not enough to keep Kevin grounded; he used humor to cope with his childhood trauma. He matriculated from George Washington High School, then enrolled at the Community College of Philadelphi, but soon dropped out and relocated to New York City, after which he moved to Massachusetts to work as a salesman.

Hart’s first stand-up gig was at The Laff House in Philadelphia, with the stage name Lil Kev, but was booed off stage that day and many times after. He subsequently took part in comedy competitions, during which his style improved.

Kevin started comedy tours in 2009 with “I’m a Grown Little Man”, followed by “Seriously Funny” in 2010 and “Laugh at My Pain” the following year, which grossed over $15 million, promoting Kevin to an A-list comedian and actor.

In the 2012 romantic comedy “Think Like a Man”, he played the role of Cedric alongside Regina Hall, Michael Ealy, and Meagan Good. Kevin then partnered with Chris Spencer in 2013 to create “Real Husbands of Hollywood” – the show focused on married men in Hollywood, including Nelly, Nick Cannon, Boris Kodjoe, Duane Martin, Robin Thicke, and J. B. Smoove.

In 2017, Kevin founded Laugh Out Loud, a media company to provide a platform for the best comedic talents from all ethnicities. He partnered initially with Lionsgate, but became the major stakeholder in 2019, after buying out Lionsgate’s major shares.

Two years later, he released his first feature film, “Night School under his production company, ‘HartBeat Productions.’ In 2021, Kevin Hart starred in “Fatherhood” opposite Melody Hurd and DeWanda Wise – the movie was based on the book “Two Kisses for Maddy: A Memoir of Loss and Love” by Matthew Logelin.

Kevin Hart has hosted numerous shows, first the 2011 BET Awards, then the 2012 MTV Video Music Awards. In 2019, Kevin was set to host the Academy Awards when his homophobic tweets from 2010 and 2011 were dug up; subsequently, he stepped down from the role.

As for his personal life, Kevin and his father mended their relationship after many years. However, his mother died of cancer in 2007.

After Kevin and his first wife, Torrei Hart, divorced in 2011, Kevin found love again. He proposed to Eniko Parrish on 18 August 2014, and they married on 13 August 2016 in a town near Santa Barbara, California. Their son Kenzo Kash Hart was born on 21 November 2017, and they welcomed their daughter Kaori Mai Hart on 29 September 2020.

Kevin Hart has always been honest with his children about career and life choices. In an interview with Romper, he said, ‘you have to talk to your kids about it, because it’s going to come out.’ For Kevin, his blended family is a slice of heaven: ‘I mean, we got two teenagers and two toddlers, man. It’s the perfect household.’

In 2019, Kevin suffered a ghastly accident that left him with a severe spinal injury. He was discharged from the hospital after ten days to continue his recovery at a rehabilitation center. The accident forced him to become more present in his children’s lives.