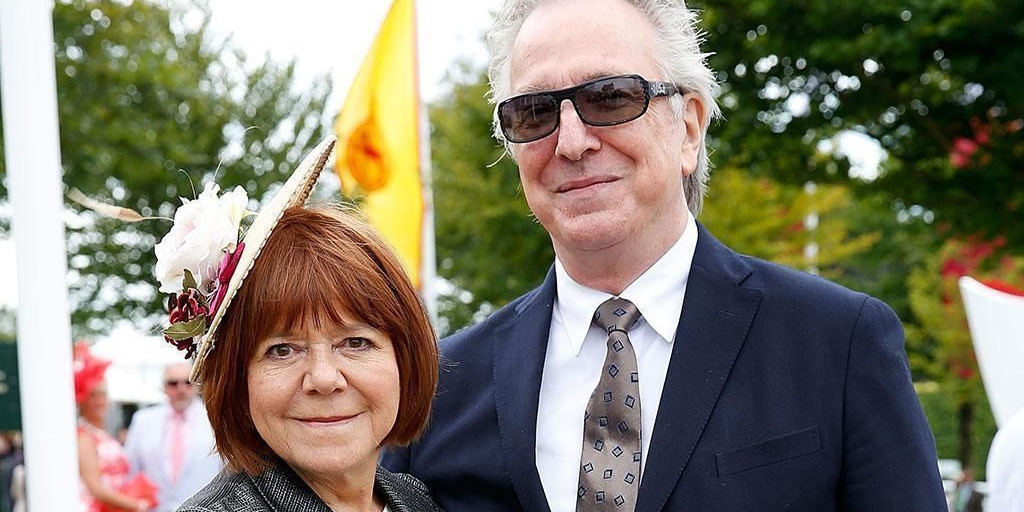 Who is Rima Horton?

Rima Elizabeth Horton was born on 31 January 1947 under the zodiac sign of Aquarius, in Bayswater, London, England. She is a 75-year-old former Labour Party councilor on the Kensington and Chelsea London Borough Council, and senior economics lecturer at Kingston University. She is also known for being the wife of the late English actor and director Alan Rickman, possibly best recognized for his portrayal of Professor Severus Snape in the “Harry Potter” film series.

How rich is she, as of now? Rima Horton Net Worth

As of late 2021, Rima Horton’s net worth is estimated at over $10 million, acquired through her successful involvement in politics and other ventures. She also inherited the fortune of her late husband, Alan Rickman, whose wealth was estimated at over $16 million at the time of his death in 2016.

Rima Horton spent her early years in Bayswater, an area in West London where she was raised in a working-class family by her father, Wilfred Stewart Horton, and her mother, Elice Irene (née Frame); her father was from London, while her mother was from Wales, and she has three siblings but their names are unknown. She holds British nationality, belongs to White Caucasian ethnic group, and is a Christian. Regarding her education, Rima went to St. Vincent de Paul in Holland Park Avenue, then attended the City of London School for Girls, after which she enrolled into the University of Southampton.

Rima started performing in plays while in school, and then with several amateur groups, including the Brook Drama Club which took her to Paris, France in 1962 when she was only 15 years old. At the age of 18, she received the Most Promising Youngster Award at the Southhall Music & Drama Festival, co-starring alongside Alan Rickman.

In 1986, Rima Horton ventured into politics when she was elected as a Labour Party councilor on the Kensington and Chelsea London Borough Council, serving in the position of Chief Whip and spokesperson on education. After serving for two decades on the council, she lost her place in 2006. She ran twice for Parliament as a Labour candidate, but both times lost to the Conservative candidate.

Moreover, she worked as a senior economics lecturer at the University of Kingston in London, until she retired in 2012. She was also a contributor to “The Elgar Companion To Radical Political Economy”. Besides that, she was on the board of directors of a children’s charity called The Making Place from 2002 to 2005, as well as on the board of trustees of the Gate Theatre.

Rima Horton has long light brown hair and dark brown eyes. She stands at a height of 5ft  (1.53m), but information about her weight, vital statistics, bra, dress and shoe size isn’t available.

Rima Horton and Alan Rickman met each other in 1965 when both of them were members of an amateur theatre group at Chelsea College of Arts.

They became romantically involved when she was 18 years old and he was 19, and moved in together in 1977. The couple eventually decided to exchange their wedding vows, and made their relationship official at a private ceremony held in New York City in 2012, remaining together until Alan died in 2016; they didn’t have children.

Who was her husband? Alan Rickman Short Wiki/Bio

Alan Sidney Patrick Rickman was born on 21 February 1946 under the zodiac sign of Aquarius, the Acton area of London, England. He was the son of Bernard William Rickman, a factory worker, house painter and decorator, and former World War II aircraft fitter, and Margaret Doreen Rose (née Bartlett), a housewife. He had two brothers named Michael and David, and a sister named Sheila. He was born with a tight jaw that gave him his characteristic tone of voice for which he would later become famous.

After the death of his father, his mother was left to raise them alone, leading to them living in a council estate. His mother remarried in 1960, but divorced three years later.

As a child, Alan Rickman excelled in watercolor painting and calligraphy. He went to West Acton First School, after which he attended Derwentwater Primary School in Acton, and then Latymer Upper School in London. From 1965 to 1968, he attended Chelsea College of Art and Design, then from 1968 to 1970, the Royal College of Art. He initially pursued his career as a graphic designer beca,use he considered it a more stable occupation than acting. Upon graduation, he opened a graphic studio with several friends. Although it was a very successful business, Alan left it three years later to focus on his professional acting career.

He auditioned for the Royal Academy of Dramatic Art (RADA) and attended for two years, graduating in 1974.

Subsequently, Alan Rickman performed with various experimental theatre groups in such productions as Chekhov’s “The Seagull”, Shakespeare’s “Romeo And Juliet”, and Miller’s “A View From The Bridge”. He soon joined the Royal Shakespeare Company, and landed his breakthrough role as Obadiah Slope in the BBC drama serial “The Barchester Chronicles” in 1982. In no time, he was booking in lead roles on stage, including as the Vicomte de Valmont in the Royal Shakespeare Company production of Christopher Hampton’s play “Les Liaisons Dangereuses”, for which he received both a Tony Award nomination and a Drama Desk Award nomination.

Posted by Consequence on Thursday, January 14, 2021

His Hollywood big break came in 1988, when he featured as Hans Gruber in the action film “Die Hard”, sharing the screen with Bruce Willis. The film was a huge commercial success, grossing around $140 million, and rated one of the greatest action films. He ended the decade with the roles of Australian Elliot Marston in the western film “Quigley Down Under” next to Tom Selleck, and Jamie in the fantasy drama film “Truly, Madly, Deeply”, opposite Juliet Stevenson, both in 1990.

Alan Rickman earned a BAFTA Award for Best Actor in a Supporting Role for his performance as George, Sheriff of Nottingham in the 1991 action-adventure film “Robin Hood: Prince Of Thieves”, directed by Kevin Reynolds. His next major appearance came in 1995 when he was cast as Colonel Brandon in the critically acclaimed period drama film “Sense And Sensibility”, based on Jane Austin’s novel of the same title.

It was followed by his portrayal of Grigori Rasputin in the HBO biopic “Rasputin: Dark Servant Of Destiny” (1996), which earned him both Emmy and Golden Globe Awards.

He next directed the Almeida Theatre production of “The Winter Guest” followed by the film version of the same play, released in 1997. His next appearances were as the angel Metatron in the fantasy comedy film “Dogma”, next to Matt Damon and Ben Affleck, and as Alexander Dane in the cult sci-fi parody film “Galaxy Quest”, both in 1999.

Alan Rickman gained international recognition for his portrayal of Professor Severus Snape in Chris Columbus’ fantasy film “Harry Potter And The Sorcerer’s Stone” in 2001, sharing the screen with such actors as Daniel Radcliffe, Rupert Grint and Emma Watson.

While working on the “Harry Potter” franchise, Alan Rickman continued to work on other projects as well.

In 2003, he played Harry in the Christmas-themed romantic comedy film “Love Actually”, next to Emma Thompson, after which he earned a Primetime Emmy Award nomination for his portrayal of Dr. Alfred Blalock in the HBO biographical drama film “Something The Lord Made” (2004), and then did the voice-over of Marvin the Paranoid Android in the sci-fi comedy film “The Hitchhiker’s Guide To The Galaxy” (2005).

It was followed by his appearance as Judge Turpin in the critically acclaimed 2007 musical slasher film “Sweeney Todd: The Demon Barber Of Fleet Street”, directed by Tim Burton and features Johnny Depp. In 2010, he featured as He in the BBC adaptation of Christopher Reid’s poem “The Song Of Lunch”, after which he played Lionel Shabandar in the 2012 comedy film “Gambit”, alongside Cameron Diaz, and wrote, directed and starred as King Louis XIV in the 2014 period drama film “A Little Chaos”, next to Kate Winslet.

Alan Rickman passed away in London of pancreatic cancer on 14 January 2016, at the age of 69.