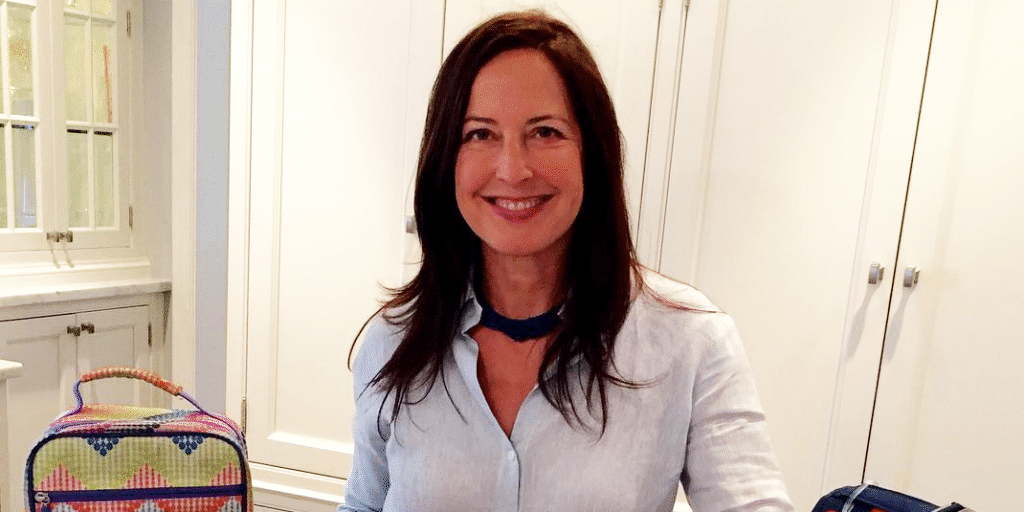 Debra Ponzek was born on 26 August 1961 under the Virgo zodiac sign, in Morristown, New Jersey USA. She hasn’t shared the names of her parents, but has said that her father is an Italian and a chef himself, while her mother is an American and worked as a waitress.

She became interested in producing food at an early age, inspired by her father, but it took her some time to realize that it was her true calling.

After high school, she enrolled at Boston University where she studied engineering, but dropped out of her studies and enrolled at the Culinary Institute of America in New York City, from which she obtained her degree in 1984.

She was given a chance as part of an externship at the Tarragon Tree restaurant in Chatham, New Jersey, but also at Toto Steakhouse in Summit, New Jersey.

After she finished her studies at the Culinary Institute, Debra was taken under Drew Nieporent’s wing who had noticed her during her time at Toto Steakhouse, and recruited her for his own Montrachet restaurant as a sous chef.

While at Montrachet she went on to become the executive chef, serving in the position for seven years. She and the entire restaurant received high praise from the food critics of New York City.

During her time at Montrachet, she won the 1992 James Beard Foundation Award for Rising Star Chef. Moreover, she made an on-screen appearance in the show “Great Chefs – Great Cities”, appearing in several episodes and preparing three dishes.

Her career continued to improve, and in 1994 she left Montrachet and focused on her own desires, opening her own restaurant, Aux Delices, in Greenwich, Connecticut, and since then, Debra has expanded to several other locations, while she also provides cooking classes out of her central kitchen for the restaurants.

To speak further of her accomplishments, Debra is a published author – some items from her bibliography include “The Dinnertime Survival”, “The Family Kitchen”, and “The Summer House Cookbook” and “French Food, American Accent”.

As of early 2022, Debra Ponzek’s net worth has been estimated to be around $30 million, earned through her successful career as a chef, restaurant owner, teacher and author.

Debra met Bobby Flay in June 1990 and fell madly in love, so they married on 11 May 1991. In 1992, both were nominated for the James Beard Foundation Award for Rising Star Chef.

Bobby wanted a way out of nomination once he realized his wife was also nominated for the prestigious award, but the Foundation refused his withdrawal and Debra was named the winner, while the following year Bobby Flay won the same Award, and his wife presented him with it.

However, the two divorced in 1993, and two years later she married Greg Addonizio and moved to Connecticut with him. He helped her open Aux Delices, while they’ve welcomed three children together, sons Cole and Gray, and daughter Remy.

Bobby grew up on the Upper East Side neighborhood of Manhattan and is of Irish American ancestry.

From an early age, he knew he would become a chef, as he wanted an Easy-Bake Oven for Christmas when he was just eight years old. However, his father thought that a G.I. Joe figure would be a more appropriate gift for young Bobby, but still, he got both gifts.

He left school at 17, and started building his skills as a chef at various restaurants, including at a pizza parlor, while he also worked at Baskin-Robbins ice cream and cake specialty shop-restaurants.

After a while, he moved to work at Joe Allen Restaurant in Manhattan’s Theater District making salads; Joe was impressed by Bobby’s natural talents, and even paid for Bobby’s French Culinary Institute scholarship.

He obtained a degree and was one of the first to graduate from the class of 1984, and began working as a sous-chef.

After years of building knowledge in various kitchens, Bobby started running his own restaurants in the mid- ‘90s – one of his first was Mesa Grill in New York City, which operated from 1991 until 2013.

Some of his active restaurants at the moment include Mesa Grill in Las Vegas, then Bobby’s Burger Palace, which has opened in several locations, including Hanover, Maryland, Uncasville, Connecticut, and Atlanta, Georgia, among others.

Bobby is a television star as well, as he’s had several shows on the Food Channel and NBC, such as “America’s Next Great Restaurant”, “Boy Meets Grill”, “BBQ with Bobby Flay”, “Beat Bobby Flay”, and “Chopped”, among others.

He’s also an author, and some of his books are “Bobby Flay’s Bold American Food”, then “Bobby Flay’s Boy Gets Grill”, and “Bobby at Home: Fearless Flavors from My Kitchen”, among others.

After his divorce from Debra, Bobby married two more times. His second wife was Kate Connelly with whom he has a daughter Sophie; the two were married from 1995 to 1998, while his third wife was actress Stephanie March, a marriage lasting from 2005 to 2015.

He was also in a relationship with Canadian-American actress, writer, singer and dancer Helene Yorke from 2016 to 2019.

According to sources, Bobby Flay’s net worth has been estimated at around $60 million, as of early 2022.