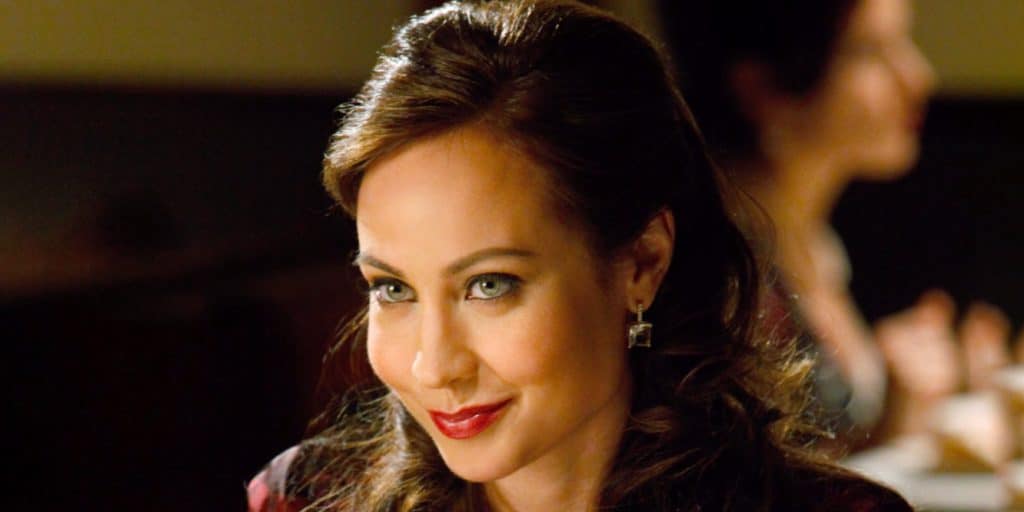 Who is Courtney Ford?

Courtney Ford is an American award-winning actress, best known to the world as Portia Bellefleur in the TV series “True Blood” (2011-2013), and also as Nora Dahrk in the TV series “DC’s Legends of Tomorrow” (2017-2020), among several other roles that she’s secured so far in her career.

Courtney Braden Ford was born on 27 June 1978 under the Cancer zodiac sign, in Los Angeles, California USA. Of Mexican, Irish and English ancestry, she is the daughter of Terrell E. Ford and Jeanine Ford. She hasn’t talked much about family details, but has said that she is the step-sister of Roberto and J.R. Orci.

She became interested in acting at an early age, and after high school, she started studying acting under Andrew Magarian and Lesly Kahn at the Lee Strasberg Theatre and Film Institute in Los Angeles.

Courtney’s career started in the early 2000s, with a couple of minor roles in TV series such as “Profiler” and “Moesha” in 2000 and 2001. Her next role was in the TV series “Threat Matrix” in 2003; she struggled to keep her career going, waiting for a few years in between roles, and even considered quitting, however, luck smiled upon her, though only in 2009, when she was chosen for the part of Christine Hill in the Primetime Emmy Award-winning mystery crime-drama series “Dexter”, with Michael C. Hall, Jennifer Carpenter and David Zayas in the lead roles.

She appeared in 11 episodes, which resurrected her career and encouraged her to keep improving.

Courtney continued to make small television appearances in such series as “CSI: NY”, and “The Big Bang Theory”, both in 2011, while she was also chosen for the recurring role of Portia Bellefleur in the TV series “True Blood”, appearing in eight episodes from 2011 to 2013. Meantime in 2012, Courtney played Lily in six episodes of the comedy-drama series “Parenthood”, which starred Peter Krause, Lauren Graham and Dax Shepard.

Courtney’s career was improving at a rapid pace, as she was getting more important, popular roles.

She was Abigail Leeds in the drama film “Missing William” (2014), then portrayed Agent Kate Taylor in four episodes of the award-winning mystery thriller-drama series “Revenge”, with Madeleine Stowe, Emily VanCamp and Gabriel Mann as its main stars. In 2015, she portrayed Valentine Bishop in the television romantic comedy-drama movie “Meet My Valentine”, co-starring Scott Wolf and Brady Smith and the same year starred in the television mystery thriller-drama film “Kept Woman”.

In 2016, she was selected to portray Kelly Kline in the long-running Primetime Emmy Award-nominated TV fantasy horror-drama series “Supernatural”, while in 2017 Courtney secured one of her most popular roles to date, as Nora Darhk in the TV adventure action-drama series “DC’s Legends of Tomorrow”.

She featured in 30 episodes from 2017 to 2020, co-starring with her husband, with their characters even developing a romantic relationship.

Since the Covid-19 pandemic embarked, Courtney hasn’t been very active, appearing only in the TV mini-series shorts “Home Movie: The Princess Bride” (2020), which features actors at home.

Regarding her personal life, Courtney met Brandon Routh in the early 2000s. and the two soon started dating. Three years later, the couple became engaged, and their wedding ceremony was held on 24 November 2007 at El Capitan Ranch in Santa Barbara. The two welcomed a son, Leo James, in August 2012; Courtney was 34 years old at the time.

As of mid- 2021, Courtney Ford’s net worth has been estimated to be around $4 million, earned through her successful career, during which she has already made more than 40 film and TV appearances.

Courtney is known for her philanthropic work, having collaborated with ServiceNation, which focuses on raising activism of various non-military national services, trying to resurrect the ethic of civic responsibility. She spends every second of her free time with her son, recently celebrating Leo’s ninth birthday.

Brandon James Routh was born on 9 October 1979, in Des Moines, Iowa USA. He’s the second youngest of four children born to Catherine LaVaugn and Ronald Ray Routh. Of English, German, Scottish, Dutch,and English ancestry, he was raised as a Methodist in Norwalk, where he went to Norwalk High School. During his high school years, he played various sports and also participated in music and theatre school clubs.

After high school, Brandon enrolled at the University of Iowa, wanting to become a writer, but to pay his tuition expenses, Brandon occasionally modeled and worked as an actor.

Physically, he resembles Christopher Reeve, which got him a contract with an agent, who would later tell him that he might play Superman if there would be another Superman film. Brandon made his debut in 1999, as Connor in an episode of the TV series “Odd Man Out”. Since then, he’s appeared in more than 60 film and TV titles, which have turned him into a prominent actor.

In 2000 he was Wade in the TV comedy-drama series “Undressed”, while in 2006 he secured one of his most popular roles, as Clark Kent/Superman in the film “Superman Returns”, which earned him a Saturn Award in the category for Best Actor.

His next major role was as Dylan in the film “Dylan Dog: Dead of Night”, and he also starred in the TV series “Chuck” as Daniel Shaw, the main antagonist in the third season of the popular series.

Some other popular roles that Brandon has secured so far include as Wyatt Plank in the TV series “Partners”, then as Ray Palmer/ The Atom in the TV series “Arrow”, while he played the same character in the TV series “DC’s Legends of Tomorrow” (2016-2020). Most recently, Brandon portrayed Tsar Nicholas in the film “Anastasia”, and in 2021 was Doug Stanton in the TV series “The Rookie”. Moreover, he is working on the television movie “The Nine Kittens of Christmas”, which is scheduled for release late in 2021, and is set to voice Gideon Jura in the animated TV series “Magic: The Gathering”, which will premiere in 2022.

According to authoritative sources, as of late- 2021, Brandon Routh’s net worth has been estimated to be around $5 million, earned through his successful acting career.