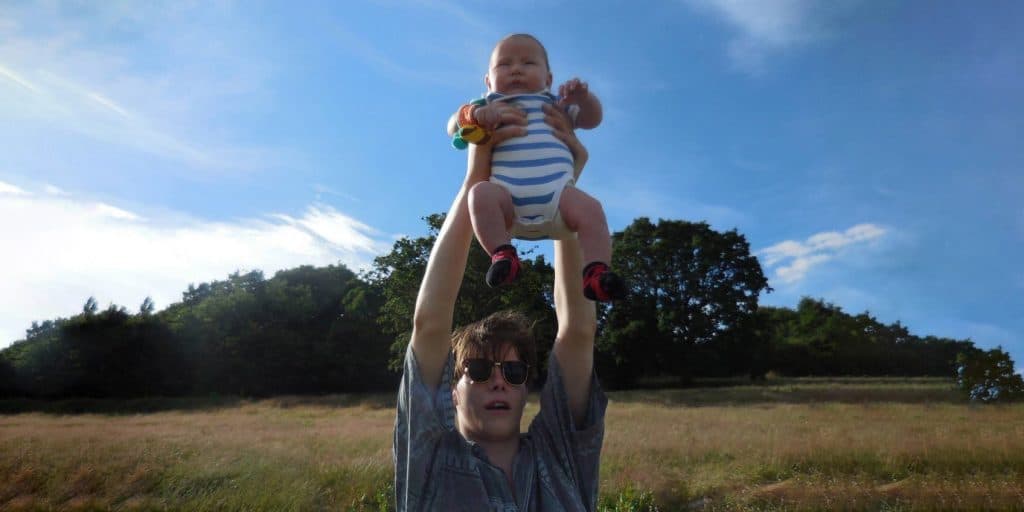 Archie Heaton was born in London, England, on 19 May 2014 – his zodiac sign is Taurus, he is of English and Japanese descent, and holds British nationality. He’s the son of the actor Charlie Heaton, and his ex-girlfriend Akiko Matsuura, who’s a musician.

Archie’s parents met in London, and were together in a rock band called Comanechi. There are conflicting reports about Akiko’s age and the year she and Charlie started dating, with some stating that he was underage when he entered the relationship with the 16 years older singer.

Akiko gave birth to Archie in 2014, however, only a few months after he was born, his father was cast to star in the Netflix series “Stranger Things”, and had to spend a lot of time in the US for his work.

This put a strain on his relationship with Akiko, and they broke up in 2015.

Archie is currently living in London with Akiko, who is raising him as a single mother. Charlie and she seem to be on good terms, and Archie gets frequent visits from his dad.

Archie is attending a local elementary school, and is apparently a very bright and active child, with a growing interest in sports. Despite or perhaps because both of them being famous, his parents are trying to keep him out of the public eye as much as possible, as they want to protect his privacy.

Who is Archie’s father Charlie Heaton?

Charlie Heaton was born in Leeds, West Yorkshire England, on 6 February 1994 – his zodiac sign is Aquarius, and he holds British nationality. He’s an actor, perhaps known best for playing the role of Jonathan Byers in the popular science fiction horror series “Stranger Things”.

Charlie was raised on a council estate in Bridlington, Yorkshire, by a single mother.

When he was 16 years old, he moved to London and joined the local noise-rock band called Comanechi, which took him on a world tour. After he returned home, he ran into financial trouble and so started auditioning for commercials, which eventually led him towards more serious acting roles.

Charlie made his acting debut in 2015, when he played the role of Gary McCreedy, in the TV crime drama series “DCI Banks”. In the following year, he starred alongside Naomi Watts and Oliver Platt in the psychological thriller “Shut In”, and the same year played one of the leads in the award-winning drama “As You Are”, written and directed by Miles Joris-Peyrafitte.

Most people know Charlie from playing the role of the outsider teenager Jonathan Byers, in Netflix’s “Stranger Things”, created by Matt and Ross Duffer, and which also starred Mille Bobby Brown, Winona Ryder and David Harbour. The series is set in a fictional small town in Indiana in the early 1980’s, following supernatural events that are affecting its residents. It’s one of the most watched series on Netflix, with its second season being viewed over 40 million times in the first month after its release. It’s gained significant critical acclaim and won numerous awards, including seven Primetime Emmys. The fourth season of “Stranger Things” is set to be released in 2022.

In 2020, we saw Charlie star alongside Maisie Williams and Anya Taylor Joy in the superhero movie “The New Mutants”, based on characters from Marvel comic books.

Charlie’s career hasn’t been without controversies; in 2017, it was reported that he missed the “Stranger Things” season two premiere because he was detained at Los Angeles International Airport after trace amounts of cocaine were apparently found in his luggage. He later issued a statement saying that he wasn’t charged with drug possession, and actually had issues with US immigration. It was around this time that it became publicly known that he has a son, which surprised many of his fans.

Charlie is in a relationship with his “Stranger Things” co-star, Natalia Dyer, who plays his girlfriend in the series. The two were first seen spending time together on a vacation in September 2016, which made many of their fans suspect that they might be dating. Both of them deflected the rumors for months, before confirming their relationship in December 2017, when they appeared together at the Fashion Awards red carpet event in London. The two frequently post photos featuring each other onto their Instagram accounts, and appear to be in a stable and happy relationship.

Who is Archie’s mother Akiko Matsuura?

Akiko Matsuura – aka Keex – was born in Osaka, Japan, on 2 November 1980 – her zodiac sign is Scorpio, is of Asian ethnicity, and holds Japanese nationality. She’s a drummer and a singer, perhaps known best for being a member of the electronic rock band The Big Pink.

Akiko was raised in Osaka, by her parents who were restaurant owners. She moved to London in her early twenties, to pursue a career as a musician. She was initially a member of the noise rock band PRE, along with Matt Wartburton, Kevin Hendrix, John Webb and Richard Bennett. During her time in the band, Akiko became known for taking the stage in only her underwear, and for extensive stage diving.

Aside from PRE, Akiko has also been a member of Comanechi, Sperm Javelin, and briefly worked with the band Divorce, based in Glasgow, Scotland; she’s been a member of The Big Pink since 2007. The band was initially a duo consisting of her and Robertson Furze, while Charlie Barker and Lady Mary Charteris joined later. The Big Pink is signed to the 4AD record label, and has released two full length albums, in 2009 and 2012. In 2009, they won the Phillip Hall Radar Award for best new act, given by the music magazine New Musical Express (NME).