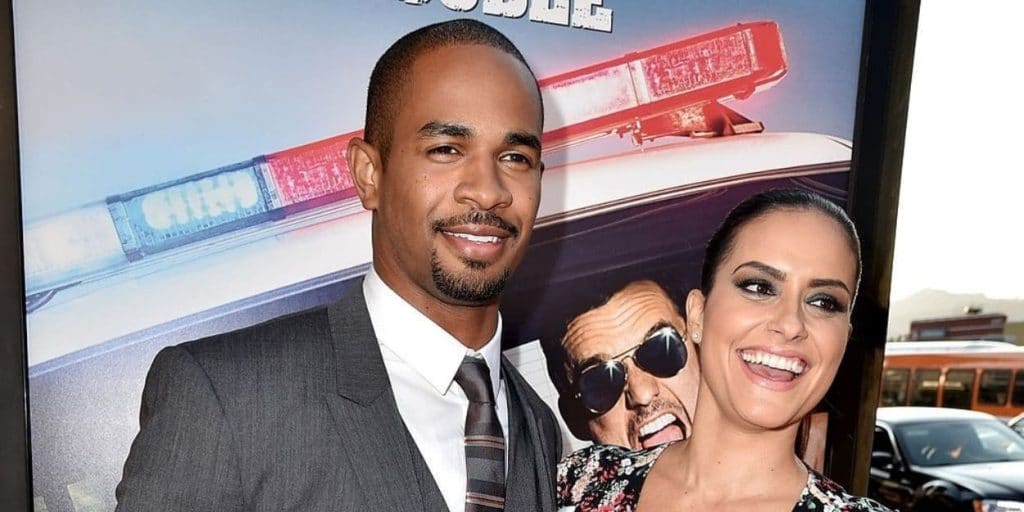 Who is Samara Saraiva?

Samara Saraiva is the mysterious wife of the famous American celebrity actor Damon Wayans Jr. She has chosen not to pursue her own goals, but stand beside and behind her husband in his endeavors, and to look after their children.

Samara Saraiva was born on 26 February 1987 in New Jersey, USA. She has been rather mysterious since reaching Hollywood fame through her husband and for now, there is no clear information about her parents.

According to reports, Samara is of Brazilian ancestry, and has two sisters, Villy Meneve, and Maria Peres Horta. She went to James Caldwell High School in West Caldwell, New Jersey USA.

Samara and Damon Jr. met in early 2010, though there is no information on how the two love birds met. They soon started a romantic relationship, crowned with a private wedding ceremony in 2016, and subsequently with three children, a son named Maverick, and two daughters, Berlyn and Lua Wayans.

Once the two became a couple, Samara attracted huge attention, but has cleverly avoided all the media buzz around the Wayans family, and for now, she is mainly focused on their three children and supporting her husband and his two children from a previous relationship.

Samara Saraiva has dark brown hair and brown eyes. She stands at a height of 5ft 6ins (1.68m), weighs approximately 132lbs (60kgs), while her vital statistics and bra size are currently unknown.

Damon Kyle Wayans Jr. was born on 18 November 1982 in Huntington, Vermont USA, the son of Damon Wayans Sr. and his ex-wife, Lisa Thorner. He is the oldest of four children, with a brother, Michael, and two sisters Cara Mia and Kyla. Surrounded by show business, he started showing interest in performing arts at a young age, and eventually enrolled at the private Otis College of Art and Design in Los Angeles. After matriculation, he furthered his studies at the New York Film Academy – School of Film and Acting.

Damon’s career started when he was just 12 years old in the comedy film “Blankman”, written and starring his father. After debut, Damon focused on his academics and returned to acting in 2001 with the role of John in the TV comedy series “My Wife and Kids”, which was created by his father and Don Reo. He appeared in eight episodes in three years, and continued appearing in his father’s created shows, films and series, such as “The Underground” (2006), and “Dance Flick” (2009), in which he had the lead role of Thomas.

In 2010, Damon portrayed Fosse in the action-packed comedy film “The Other Guys”, starring Will Ferrell, Mark Wahlberg and Derek Jeter, while in 2011 he got his first major role as Coach in the Primetime Emmy Award-nominated TV comedy series “New Girl”, starring Zooey Deschanel, Jake Johnson, and Max Greenfield, appearing in 44 episodes of the critically acclaimed series until 2018, which greatly benefited his popularity.

The same year he started portraying Coach, he was also chosen for the role of Brad Williams in the TV series “Happy Endings”, and though the two series were aired on conflicting networks, Damon kept his engagement in both.

He enjoyed success throughout the 2010s, appearing in such projects as the films “Someone Marry Barry” (2014), in which he portrayed Desmond, then in “Let’s Be Cops” he starred as Justin alongside Jake Johnson and Rob Riggle, and in 2016 he co-starred in the romantic comedy-drama film “How to Be Single”, with Dakota Johnson, Rebel Wilson and Leslie Mann in the lead roles.

Moreover, in 2018 he was Trooper Wagner in the mystery comedy-crime film “Super Troopers 2”, and from 2018 to 2019 he played Jake in the TV series “Happy Together.

To speak further of his accomplishments, in 2020, Damon portrayed Nick Evans in the TV series “Love, Guaranteed”, and in 2021 featured in the film “Barn and Star Go to Vista Del Mar”. Recently, Damon co-starred as Doug in the romantic comedy film “Long Weekend”, written and directed by Steve Basilone, who also starred in the film, and appeared in the western action-drama film “Harder They Fall”, with Jonathan Majors, Zazie Beets, and RJ Cyler in the lead roles.

He is currently working with Tom Ellis on the new drama film “Players”, scheduled for release in 2022.

According to sources, Damon Wayans Jr.’s net worth has been estimated to be around $9 million, as of late 2021, earned largely through his successful career as an actor.

Before marrying Samara Saraiva, Damon Jr. was in a long-term relationship with Aja Metoyer, with whom he has two children, Amara and Aniya Wayans.