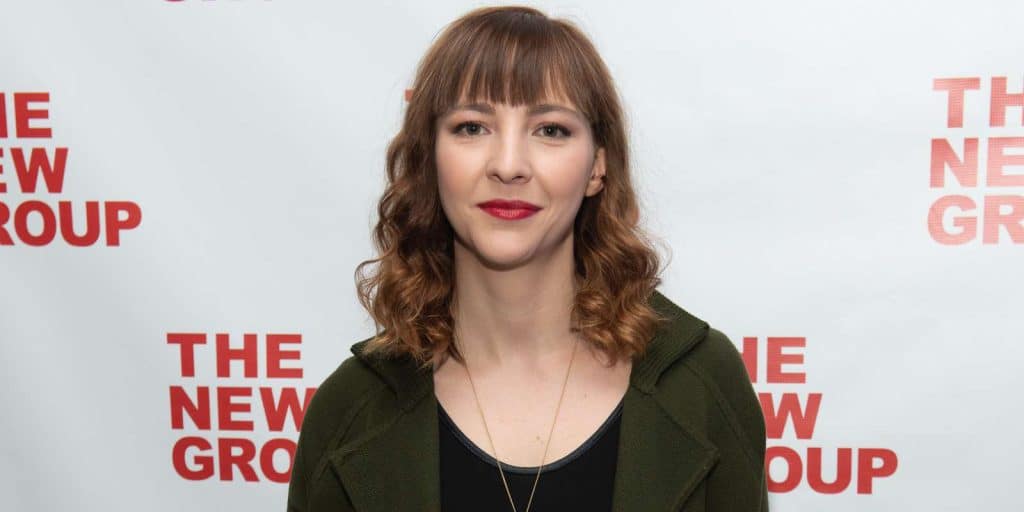 Who is Erin Darke?

Erin Constance-Maja Darke was born on 10 September 1984 under the Virgo zodiac sign, in Flint, Michigan USA. The daughter of Ian Harvey Darke and Kristina Strand, she grew up in her hometown with a brother named Kevin, and where she went to a local high school.

She became interested in acting at an early age, and before finishing high school, she applied for a theater scholarship at the University of Michigan, into which she enrolled immediately after high school, on a full scholarship, and graduated with a Bachelor of Fine Arts in acting.

Erin moved to New York at the age of 21, and joined the Upright Citizen’s Brigade (UCB), an improvisational and comedy sketch group, honing her acting skills by appearing in plays and stand-up specials.

She made her on-screen debut in 2009, with a role in the short film “Obelisk Road”, and continued with the minor role of Anne in the TV series “Mercy”. The following year she worked with UCB on the TV series “Pink Cigarettes”, while in 2011 she made a brief appearance in the BAFTA Film Award-nominated thriller mystery drama film “We Need to Talk About Kevin”, starring Tilda Swinton, John C. Reilly, and Ezra Miller.

She resumed with minor roles such as Teen Employee in the comedy-drama film “Young Adult”, starring Charlize Theron, Patrick Wilson, and Patton Oswalt, while in 2013 she had her first major role, as Gwendolyn in the romantic drama film “Kill Your Darlings”, the biopic about the great poets of the beat generation, Allen Ginsberg, William Burroughs and Jack Kerouac.

Next, Erin starred in the award-winning romantic drama film “Seven Lovers”, and in 2015 joined the main cast of the TV drama series “Good Girls Revolt”, followed in 2016 by starring in Joshua Marston’s award-winning mystery-drama series “Complete Unknown”. The next year, she was Christine in the mystery-drama film “The Sounding”, with Teddy Sears, Catherine Eaton and Harris Yulin in the lead roles, and was chosen for the part of Mary in the Primetime Emmy Award comedy-drama series “The Marvelous Mrs Maisel”, starring Rachel Brosnahan, Alex Borstein, and Michael Zegen, appearing in four episodes across 2017 and 2018 seasons.

In the latter year she was rather busy with the role of Rita Smith in the film “Night Comes On”, and as Hope in the film “Summer ‘03”.  Moreover, she played Leeta Albridge in the TV comedy-drama series “Dietland”, starring Jon Nash, Tamara Tunie and Robin Weigert.

To speak further of her success, she was Kat Lindsley in the TV mini-series “The Loudest Voice” in 2019, while in 2021 Erin portrayed Phaedra in the TV series “Miracle Workers”. Moreover, she has been portraying Crystal Leblanc in the TV comedy-drama series “Moonshine” (2021-2022) and is working on the new TV series “It’s A Man’s World”, which is now in post-production and awaiting its premiere date.

Additional to her on-screen work, Erin has worked behind the screen as a casting assistant on a number of projects. The first was the film “We Need to Talk About Kevin” (2011), continuing with such films as “Liberal Arts” and “Two Days in New York” both in 2012, “The English Teacher” (2013), and in 2014 she worked as a casting associate on the film “Noah”.

As of late 2021, Erin Darke’s net worth has been estimated to be around $4.5 million, earned through her successful career as an actress, appearing so far in more than 45 film and TV titles.

When it comes to her personal life, Erin doesn’t like sharing all the details. However, it is known that she has been in a relationship with actor Daniel Radcliffe since 2012. The two met while working together on the film “Kill Your Darlings”, and since then have been inseparable. Rumors of their engagement spread online several times, however, the pair is keeping information low-key, and for now haven’t talked about their plans.

Daniel might be best known to the public as the young troubled wizard Harry Potter, but has since continued having a massive career, and he currently portrays Ezekiel Brown in the TV fantasy-comedy series “Miracle Workers”, and is working on the upcoming romantic action-comedy film “Lost City of D”, in which he will star alongside Brad Pitt and Sandra Bullock

Erin is a sports fan and an avid supporter of the Detroit Red Wings, the ice hockey franchise that plays in the National Hockey League.

Erin is a strong advocate of feminism, and has supported women’s rights on numerous occasions. Moreover, she has been vocal during the Flint water crisis that lasted from 2014 to 2019, and has taken her battle for drinking water online, making a strong post on the social media network Twitter that reads “This makes me want to cry. Flint still doesn’t have drinkable water and there is NOTHING in place to help the generation of impacted children” – the water was contaminated by lead and potentially Legionella bacteria. She had help from her boyfriend in all of her efforts during this crisis.