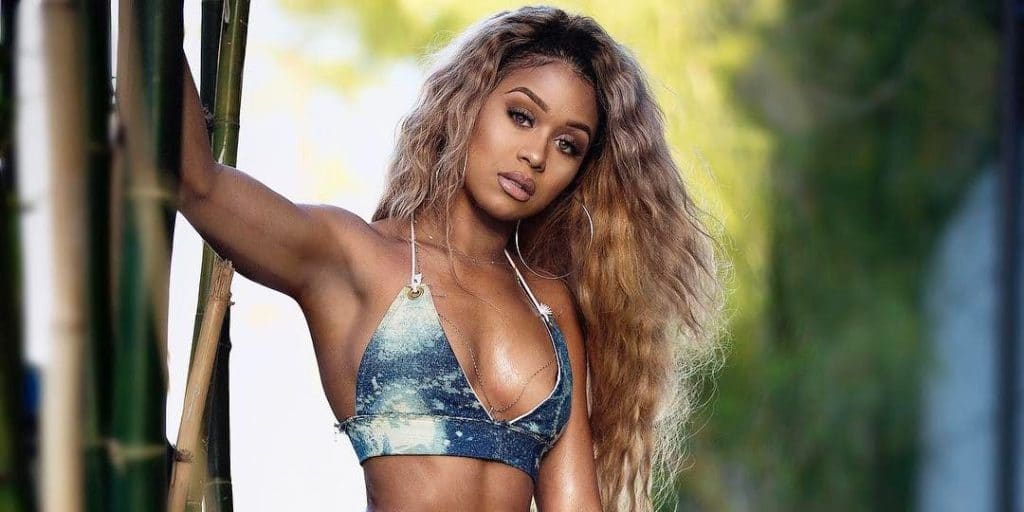 Who is Jilly Anais?

Jillyan Anais ‘Jilly’ Moor was born under the zodiac sign of Capricorn on 2 January 1996, in Houston, Texas USA; she holds American nationality, and her ethnicity is mixed, as she’s of French, Dutch, Jamaican and Creole descent. She’s a YouTuber, actress, model and singer, perhaps best known for her eponymous YouTube channel, which she launched on 5 January 2012, and since then she’s amassed over 550,000 subscribers, and all of her videos combined have more than 41 million views.

Jilly was raised in Houston alongside her younger brother Jules by their parents, mother Theresa who was working as a Senior Sales Executive at Comcast, and father Jules K. Moor who was a basketball player when he was at college, and is now the owner of the DEJM Exquisite Group Incorporation.

Jilly was into sports when she was younger, practicing karate, playing volleyball and basketball, and was a competitive cheerleader and a dancer.

She attended the Premier High School, and upon matriculating in 2014, didn’t enroll at college, but moved to Los Angeles, California to pursue her career as an actress and singer, which was her dream since she was a teenager.

Before she become famous, Jilly was participating in pageants, and was named Miss Teen Houston in 2011, and after that in 2013, she signed with the agency “Page Parkes Center of Modeling & Acting” in Houston which brought her a chance to collaborate with modeling agencies such as Icon Media Direct, IMG Models, and Otto Models. She was also collaborating with magazines, such as “Stereo Magazine”, “Nineteen 45 Media”, “Symphonic” and “Limerence”, and made appearances in commercials for Sakowitz Furs, Academy, Sports Authority, and others. In the same year, she was cast to play Maria in the episode “All Rumors Are True” of the series “East Los High”.

In the following years, she had some supporting roles in the series “Freakish” and the movies “Scooby Doo Is Back” and “God Send”.

Her videos on YouTube channel about make-up, traveling, challenges, cooking and many other things brought her popularity – her most viewed video “2 Truths 1 Lie”, posted on 23 February 2018, has amassed over 11 million views, and has more than 47,000 likes.

Jilly has an enviable musical career – her first single “Sexy” was released on 25 April 2018, and the official music video for this song has over 2.5 million views. Her second single “Wait For It” was released on 21 September 2018, and after a few days she released her third single “Milano”.

Back in 2017, Jilly was in a relationship with basketballer Dejounte Murray, and they were dating until late 2018; they haven’t spoken about the reason of their break-up, however, they spoke about other things. He claimed that she’s a ‘gold digger’, and Jilly responded that she was born and raised in gold, and posted a picture of her father’s house in Houston, also saying that he has no right to call her that name, because he didn’t pay for anything for her.

In 2020, Jilly started a relationship with Deshaun Watson, who is an American Football quarterback for the Houston Texans of the National Football League (NFL). As of October 2021, the two are still together, despite allegations of sexual misconduct from twenty two women who accused Deshaun; Jilly posted on her Instagram account that she is staying with Deshaun to support him through this situation.

One of Jilly’s hobbies is watching documentary movies – her favorites are “My Octopus Teacher”, “Athlete A”, and “Seaspiracy”. She rarely watches television, however, she likes to watch Investigation Discovery channel, and as she said, she sometimes watches series from evening to early morning.

Jilly takes care of her body, working out almost every day at the gym, goes swimming and running, does fitness, and is trying to eat healthy food; sometimes she can’t resist eating pizza, and her favorite Haribo gummy bears, but her the most favorite food is sushi; she only drinks lemon water and pineapple juice.

Jilly likes to cook for her family and friends, as she said, she learned cooking from her mother and grandmother, and her father taught her how to bake cookies. She released her cookbook on 21 November 2020, under the title “This Boss Babe Can Cookbook: Creole Cravings”.

As of October 2021, her net worth has been estimated at $2 million.

Who is Deshaun Watson?

Deshaun Watson was born under the zodiac sign of Virgo on 14 September 1995, in Gainesville, Georgia USA; he is a professional football player, having played for his high school, and then college football at Clemson University, winning a national championship in 2016 with his team.

Nowadays, he plays for the Texans, and besides his football career, he is the center of media attention because of a civil suit against him. On 16 March 2021, a massage therapist filed a civil lawsuit against Deshaun, and the next day another massage therapist claimed that she had a bad experience with him during a massage session – eventually, 22 women filed civil lawsuits against him, all accusing him of sexual molestation.

The lawsuit is still in the court process, and it seems that this is the reason why Miami Dolphins are waiting for Deshaun’s transfer; these accusations will affect not just his personal life, but also his career.