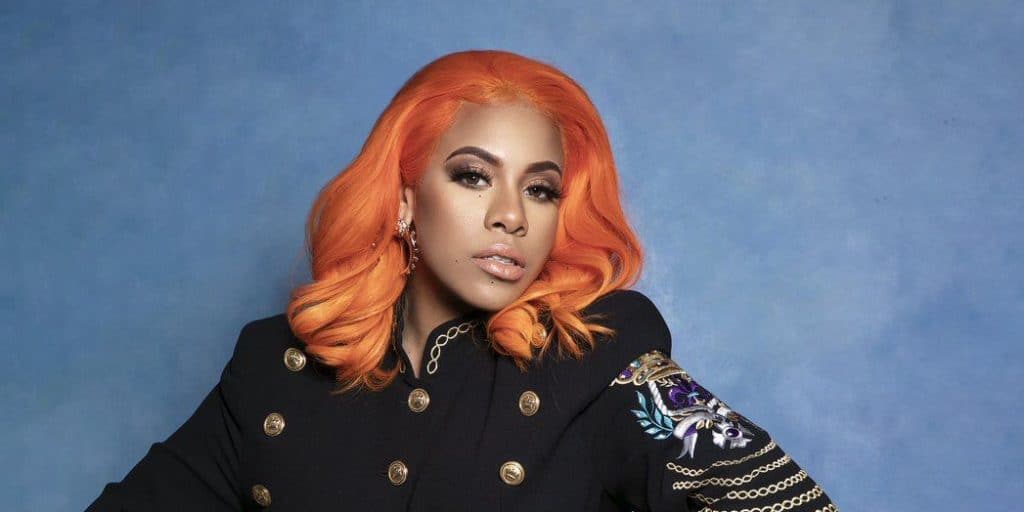 ReeMarkable is an American rap artist and reality TV star, best known to the world as one of 11 children of the late rapper Eazy-E.

Born Henree Cherron Wright on 13 April 1993 under the Aries zodiac sign, in Atlanta Georgia USA, she’s the daughter of Eazy-E and one of his many girlfriends, Kelly Faultersack Robinson. She has ten half-siblings from her father’s many affairs, including Dominic and Daijah.

ReeMarkable also has three half-brothers from her mother’s other relationships, and is a half-sister to Jaiden Faultersack, June King and Jay Stacks.

She grew up with her half-siblings and single mother in Zone 6 housing project of Atlanta, and from an early age turned to music, writing her first song at eight years old.

ReeMarkable hasn’t talked about her educational background, and for now there’s no information about which schools she attended.

As she was growing older, she realized her musical talent as a member of the church choir, and also often performed at family gatherings. She focused on continuing the legacy of her father, and soon started looking for a production team.

ReeMarkable based her nickname on her name (HenREE) and at the age of 18 launched her career. She started working with several young wannabeesjust like herself,  and her first video “Bonnie & Clyde” came out in 2017, a duet with rapper Coca Vango, and she also worked with Nicolas J on a “Christmas Song”.

Since then, she’s released several more singles, including a duet with Yummy Pearl “Big Racks”, then the song “Apeshit”, and another collaboration, this time with Uncle Luke, entitled “Don’t Stop”, which came out in October 2021.

Since she is the daughter of Eazy-E and a rapper herself, she was recruited by the producers of the reality TV show “Growing Up Hip Hop: Atlanta”. She accepted the invitation and immediately turned into a star, mostly because of her connection to the late great rapper, but also for her own talents and personality on the whole.

ReeMarkable appeared in nine episodes of the popular reality show, and used her influence to spread the importance of her father’s success and legacy, and how other rappers are using his music for their own samples, but saying that she hasn’t received any royalties from her father’s music.

She has made a fierce objection to other rappers’ actions, and is demanding to receive incentives off her father’s music, although her half-sister and Eazy-E’s other daughter Ebie didn’t support ReeMarkable in her efforts.

She has continued her fight and won’t settle until she things go her way.

As of early 2022, ReeMarkable’s net worth has been estimated to be around $2 million, earned through her successful career as a musician and reality TV star.

When it comes to her personal life, ReeMarkable has been in a romantic relationship with professional baseball player Chevy Clarke; she was just 16-years-old when she gave birth to their child, a son Cobe Clarke.

Posted by ReeMarkable on Sunday, December 19, 2021

The two didn’t marry and since then have broken up, but Chevy has given his last name to their son.

According to sources, ReeMarkable has now been in a relationship with her producer for the last three years, but she hasn’t revealed his name.

The prominent musician and reality TV star has brown eyes, while her natural hair color is black, though she often dyes it in various colors, including orange, red, and pink. She stands at a height of 5ft 5ins (1.65m), weighs approximately 121lbs (55kgs), with vital statistics of 34-28-40, and bra size 34C.

ReeMarkable has several other interests – she’s apparently a talented actress but hasn’t pursued it professionally. However, she has still appeared in several plays in an amateur theater, and worked with several comedy sketch groups.

Moreover, she is an avid chef and her favorite dish is lasagna – her family has said that it’s fantastic.

She is proud of her humble beginnings, often mentioning in interviews that there was a time when she didn’t even have food on the table, and has sung in some of her songs about her past experiences and early struggles.

Born Eric Lynn Wright on 7 September 1964, in Compton, California USA, the son of Richard Wright and his wife Kathie, he grew up in one of the most notorious neighborhoods of California, and was early into using and selling drugs.

He dropped out of high school, but by the time he was in his early 20s, he already had over $250,000 in savings from dealing drugs. However, he witnessed the murder of his close friend and cousin, and he started thinking over his life choices.

He realized his knack for writing songs and rapping about his life in the neighborhood, and created Ruthless Records in his parent’s garage.

In 1987 Nigaz Wit Attitudes was formed, the group comprising of Arabian Prince, Dr. Dre, DJ Yella, MC Ren, and Ice Cube, and were known across the world as N.W.A.

The first album of the newly formed rap collective was released the same year “N.W.A. and the Posse”, followed by the eponymous release “Straight Outta Compton” in 1988.

Eazy-E died in 1993 from HIV-induced pneumonia but left behind a rich legacy, both with the group and as a solo artist.

Eazy-E became known as the godfather of gangsta rap, and his life and work were the subjects of the film “Straight Outta Compton” (2015). He entered into feuds with Ice Cube and Dr. Dre, as they left the group to launch their own successful solo careers.

Eazy-E’s net worth at the time of his death was estimated at $30 million.